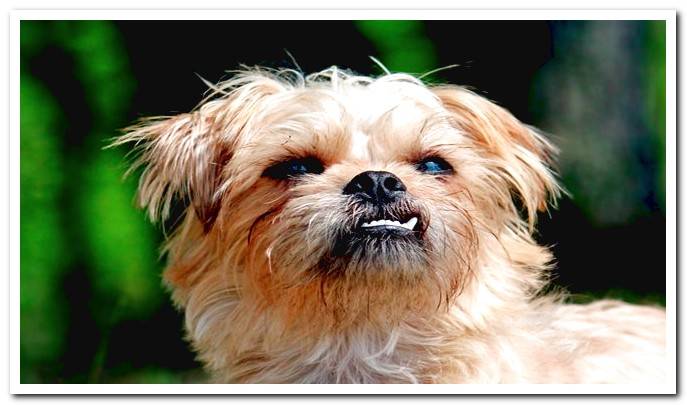 Small, active, affectionate and somewhat stubborn are the perfect adjectives to describe the characteristics of the Brussels Griffon, a sensitive but genius dog.

He will choose a family member as his favorite and will always require his attentions, because if we ignore him, he will begin to do tricks to attract attention. This breed is undoubtedly very intelligent. Do you want to know more?

Physical characteristics of the Brussels Griffon

The Grifón Bélga is a small dog, about 18 cm tall at the withers and an approximate weight of about 4 kg, with little difference in size between males and females. Many consider it “toy” in relation to its size.

Its body is compact, with the limbs quite long in proportion to the rest of the body. And despite its small size, it is not as fragile as other small dogs.

Probably the most charming feature of the Brussels Griffon is its distinctive face, often described as “monkey face” or even as “Ewok”, for fans of the Star Wars saga.

Its muzzle is very short and raised, it has a prominent lower jaw and very lively eyes that convey a curious and mischievous expression. 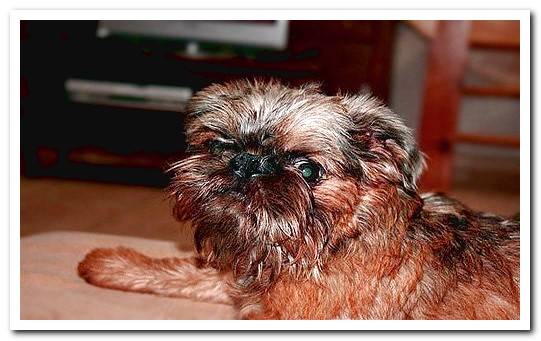 How is the hair of the Belgian Griffon?

The element that differentiates the Brussels Griffon from other nearby breeds is precisely its hair, hard, long and slightly wavy, much longer in the head area than in the rest of the body.

The most common variety presents a thick double-layer coat: a very soft and dense inner one and a rough and hard outer one. Standard colors are red, black, and brown, or a combination of any of them.

To keep this coat neat, we must brush it weekly using a natural bristle brush or a dog glove, which is the most effective way to remove dead hair.

Character and behavior of the Brussels Griffon

The Brussels Griffon has an authoritarian temperament that can be very stubborn at times. On the other hand, it is a wonderful companion dog that develops a strong bond with its family, especially with one of its members, whom it chooses as a favorite.

If you are left alone for too long or feel ignored, the Brussels Griffon will resort to misconduct to get our attention. He has very little patience with children and other dogs in the house, even being aggressive if he feels uncomfortable or mistreated.

It adapts without problems to life in apartments or small houses and among its virtues stands out that of being a peerless watchdog that will alert us to the presence of intruders and strangers at home.

This dog, of sharp intelligence and with great capacity to learn complicated tricks, is often revealed as a winner in tests of agility and obedience.

Although it is not a difficult dog to train, its stubborn nature and its little inclination to receive orders can make the task difficult in some cases. Training a Brussels Griffon requires a lot of time and effort, so it is recommended to start little by little from puppies.

Socialization of the Brussels Griffon

The complicated nature of the Brussels Griffon can be downplayed as long as it has done a good job of socializing when it is still a puppy. In this way it is achieved that he accepts and knows how to behave in the company of other dogs and unknown people.

Correct socialization will also prevent you from developing behavioral problems, destructive behaviors, or the disorder known as “separation anxiety,” which many dogs suffer from when they are forced to spend too much time alone.

How is the health of the Brussels Griffon breed?

This is a generally healthy and quite long-lived breed, since it can live without problems until the age of 15 and even more.

With regular checkups at the vet and keeping their vaccinations up to date, we will have a happy and healthy dog.

In addition, the structure of his skull and the shape of his face make him prone to respiratory difficulties that often manifest with excessive panting and snoring.

The Brussels Griffon is an energetic, athletic dog that needs lots of daily activity. Although we should always be aware of its small size, it is not a dog to take to run or exercise with intensity.

It is important not to lose sight of him because in addition to being naughty and somewhat stubborn, he sometimes faces bigger dogs that can give him a good scare.

History of the Belgian Griffon breed

The Brussels Griffon is a very peculiar breed of dog and difficult to classify, since it shares the same origin and the same characteristics as the Belgian Griffon and the Petit Brabançon, among others. For many, all of these dogs are actually varieties of the same breed.

Originally bred to hunt and kill rats, this active and ferocious former Belgian stray dog ​​knows how to be respected despite his small size.