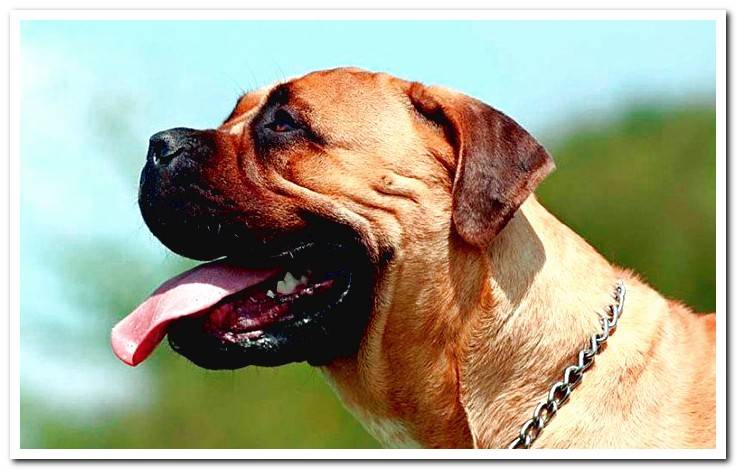 The Bullmastiff is one of the large breeds that stands out for its imposing and muscular body. Originated in Great Britain, this dog is the product of the cross between the Bulldog and the Mastiff, a combination from which it takes its name.

Let’s see in detail all the characteristics of this impressive breed, the recommended care and its weak points, as well as its curiosities.

How is a Bullmastiff? Features and standard

We are talking about a large breed dog similar to the Boxer, but that exceeds it in size. The standard established by the International Cynological Federation states that the body must be symmetrical and robust, but without being heavy.

The skull is square and has a wide, flat, black truffle. The muzzle is also short, it has a pincer bite. The eyes, meanwhile, are medium with hazel or black irises; some dogs have yellow irises, but this is not well seen in competitions.

The Bullmastiff’s ears fall to the sides of the V-shaped face, they are always darker than the rest of the body. The tail is high set and its thickness decreases as it moves away from the body.

As for the coat, it is short, smooth and hard. It has a tabby, reddish or pure sand mantle, with darker areas, such as the ears and the face mask. 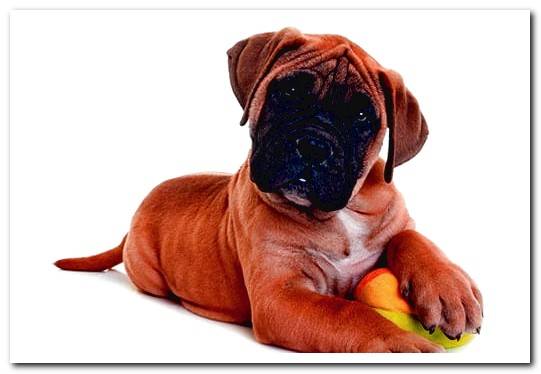 Bullmastiff character is friendly and caring. He likes to spend time with family, to whom he shows loyalty, docility and affection.

Further, possesses the qualities of a watchdog. Remain alert to strangers and may not take your eyes off your visitors. The Bullmastiff is the protective dog par excellence. Demonstrates being very intelligent, so evaluate situations before acting And he usually gives notice before getting aggressive. Despite this, he attacks only when he deems it necessary to protect his family.

How to care for a Bullmastiff?

Puppy training is essential to properly breed a Bullmastiff, only then will he become a respectful adult. Think that, by size and strength, it is not convenient for you to be disobedient or aggressive.

Due to its protective nature, you need to socialize it intensely with other dogs and people from puppy; otherwise, it will be very difficult for you to accept them in “your territory”. For this, it is recommended to go to dog training classes, there you will have contact with other pets while you learn.

Despite its large size, perfectly adapts to small floors or big houses. Of course: you need daily exercise to stay balanced, but you do not tolerate intense exercise well because it is a brachycephalic breed, so great walks are the best option.

Despite its power and strength, the breed is not considered potentially dangerous in Spain So there is no need to apply for a PPP license to adopt it. However, in countries like Mexico and the United States of America they do require a special permit.

Feeding and care of the coat

The Bullmastiff represents a great expense, since devours large portions of food daily. It is recommended to feed him two / three times a day to avoid consuming too large a portion at once. However, puppies require three / four meals a day.

The Bullmastiff’s short hair is easy to maintain. The dog can change the coat with the change of season, but the rest of the year only requires a weekly brushing. The bath will depend on physical activity, estimate one or two monthly. 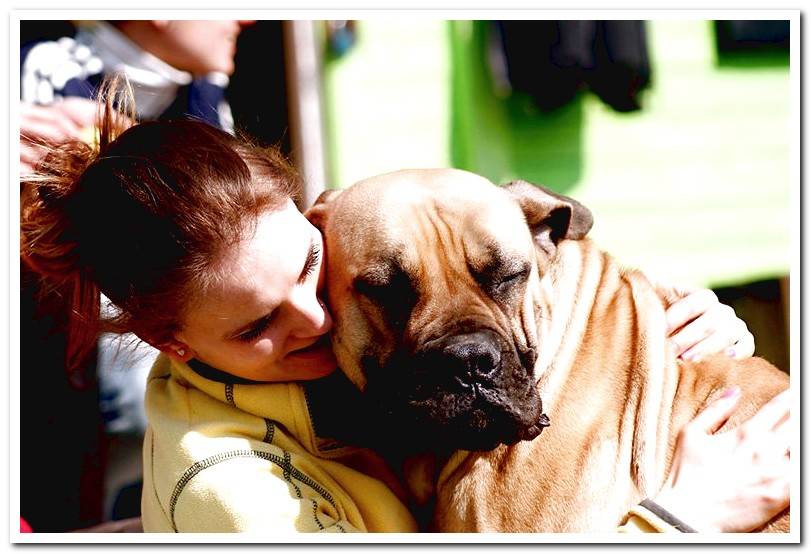 This breed is naturally strong, in good health, and has a bone structure that is proof of everything. However, expert breeders recommend that you be alert to the possible appearance of these diseases:

History and origin of the Bullmastiff breed

The Bullmastiff is a relatively recent breed, since began to breed during the 19th century. Product of the crossing of a Bulldog and a Mastiff, the breeders were looking for a large and intimidating dog, capable of taking down potential thieves. The reason? The British aristocracy suffered robberies very frequently.

The interest in the breed was strengthened when they began to show it in dog competitions. As of 1924, the standard had been established as it is known today.

How much does a Bullmastiff cost?

We recommend adopting dogs instead of buying them. There are many shelters and foundations with dozens of dogs of all ages, breeds and sizes waiting to be adopted, you can provide them with a happy home.

But if you are convinced to buy a puppy of this breed, you can find puppies from 400 euros onwards, up to reaching 1500 euros.

You can talk to other Bullmastiff owners to answer your questions, from the Facebook page:

And now that you know all the details about this beautiful breed, do you want to adopt one?