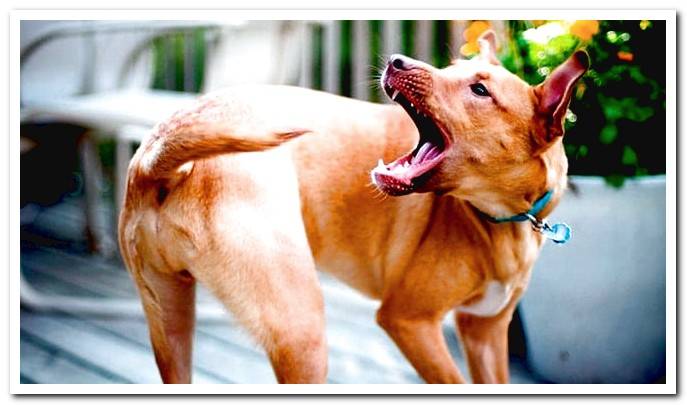 Canine obsessive disorder is similar to obsessive compulsive disorder in humans, that is, the act of repeating certain movements or establishing a certain behavior that is constantly repeated.

OCD in dogs normally originates during its childhood, due to possible trauma or periods of seclusion where the dog is prevented from carrying out normal socialization and / or discovering the world in its own way.

We will review what are the main causes of OCD in dogs as well as what are the most distinctive behaviors in this type of disorder. You can determine if your dog suffers from it very easily.

Dogs with OCD tend to make a series of pointless repetitive movements Such as constantly turning around on themselves, licking their legs excessively, obsessively digging holes in the garden, etc.

The dogs lick their paws in a habitual way, it is a way to absorb vitamin D from the sun or to clean oneself, it is even a way to tell us that you suffer from some type of allergy if we appreciate that they are reddened. But … if your dog has no allergies or wounds and yet licks its paws all day … is it normal? No, your dog may have OCD. 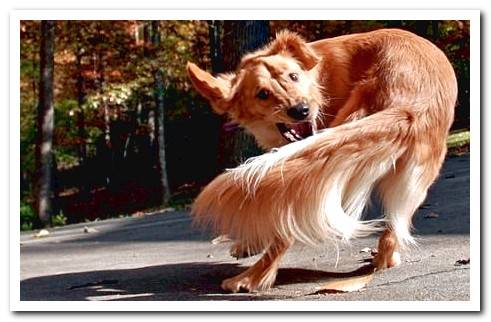 Many dogs love to spin around, play tail biting, or just run around in a different way being a bit silly. It is completely normal for a dog to turn around on itself, but … if your dog turns on himself obsessively many times a day, is it normal? No, you probably have OCD.

The same happens with making holes in the ground or with any other habit that you make in an exaggerated way, in a compulsive way. Dogs can also suffer from obsessive disorders, so if you think your dog has OCD, it is because they possibly have it. A veterinaryn will be able to certify your suspicions after a review.

Why do some dogs have OCD?

Canine obsessive disorder is only the result of some trauma suffered in childhood, when they are still puppies or poor lifestyle habits. It is a natural way that the dog’s brain develops to channel stress or anxiety.

Dogs that for example have been chained from puppies without giving them the possibility to play, run or properly socialize with other dogs they are much more likely to develop obsessive behavior (OCD) than dogs that have had a normal childhood.

Dogs that have suffered puppy abuse, or that they just couldn’t develop properly on a mental / sociological level Because their owners have failed to properly educate them, they are also more likely to develop OCD.

The same happens with dogs that, for example, have been in kennels or protectors, when the conditions are not adequate, they can end up developing obsessive behaviors that allow them to channel their anguish, anxiety and / or stress. 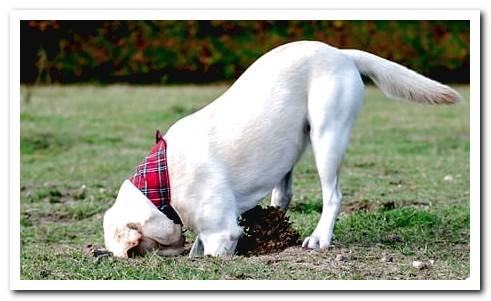 Treatment to cure OCD in dogs

There is no standard treatment to cure or treat OCD in dogs as each dog will have developed its obsessive compulsive behavior as a consequence of a different past problem.

So it is essential to contact a canine ethologist in addition to consulting our vet. Since it will be the ethologist who investigates the dog’s problem and tells us what type of therapy we must follow to cure its anxiety and therefore, its OCD.

The veterinaryn will be able to help with the prescription of medications if the ethologist so deems them appropriate, in cases of OCD in dogs the ethologist is always the one who has the last word for treatment.

Do not stop your dog from licking his paws, turning obsessively or digging holes, because you will only be increasing his anxiety. The correct thing is to let them continue doing it but also, follow the therapy indicated by the expert in canine behavior (ethologist), so that our dog is cured.