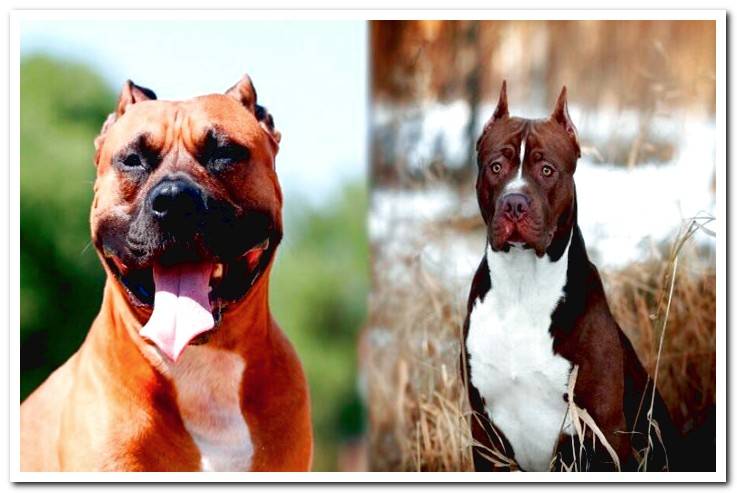 The differences between the Pitbull and the American Staffordshire Terrier are not easy to establish, since international canine associations such as the FCI and the AKC do not recognize the Pitbull as a breed.

Although not yet recognized, the truth is that there are clear differences between these two canine varieties. Do you want to know how to distinguish them? We show you all the tricks to get it in a few seconds.

This breed originated in Great Britain, where it was bred for bloody sports, such as fighting other dogs, bears, or bulls. It is medium, it has a muscular and compact body that reaches between 46 and 48 centimeters at the withers for males, or 43 to 46 centimeters for females.

The head is medium, it has a black nose, a long and rounded muzzle with compact lips. The eyes are round and the iris black, while the ears are high set and fall slightly forward, but without resting on the head.

The coat of the American Staffordshire Terrier is short and hard to the touch, although very shiny. It comes in multiple color combinations, but dogs with 80% white fur and black or tan areas are more common, depending on the FCI.

Related content  The 25 most famous dogs in the world (Movies, series and reals)

The Pitbull, also called the American Pitbull Terrier, was developed from the American Staffordshire Terrier in Great Britain. It has a medium body that reaches, according to the United Kennel Club (UKC), between 45 and 53 centimeters to the cross the males or between 43 and 50 centimeters the females.

The head is long and wide, it features round eyes with multi-colored irises, less blue. The jaw is strong, with a scissor bite, while the ears are straight or rose-shaped. The nose can take on any color. 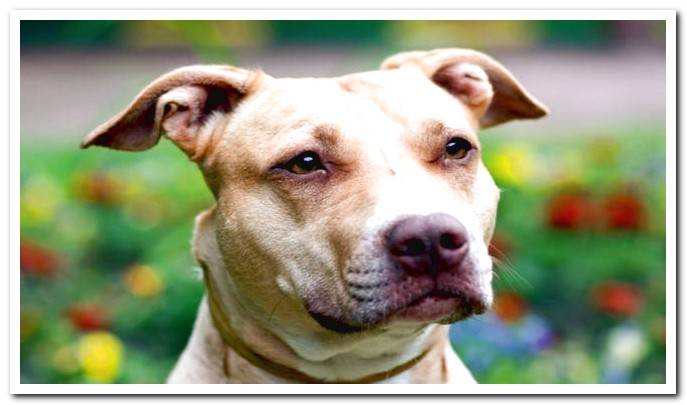 Like the Staffordshire Terrier, the Pitbull has short, shiny fur. The cloak can be presented in any color, except the merle combination.

In addition to this, the personality of both races is similar: intelligence, fidelity and good temperaments characterize them. Now, looking at the similarities, are there differences between Pitbull and American Staffordshire Terrier? Let’s see them below.

How to tell the difference between a Pit Bull and an American Staffordshire Terrier?

As you have noticed, both races are very similar; Furthermore, the fact that the Pitbull is not recognized by various associations increases the uncertainty about what the breed standard should be like. However, it is possible to establish the following differences between the two: