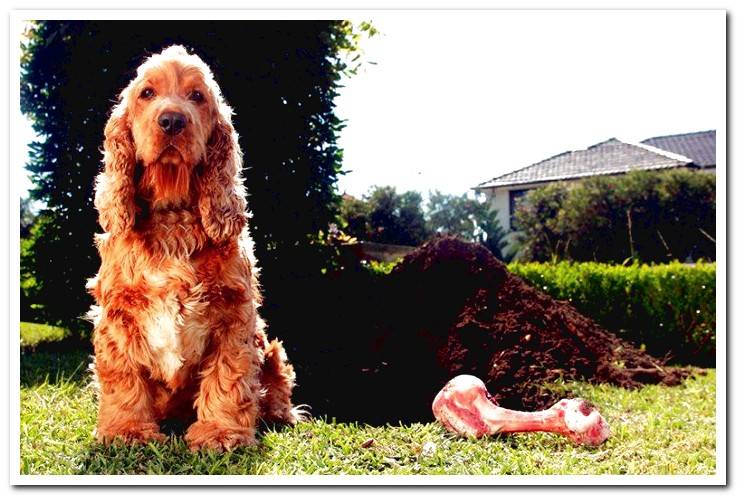 Burying food is instinctive behavior manifested by wolves in their natural environment and has also reached our domestic dogs. The burial of food is intended to save and preserve it.

Nowadays many dogs are fed with feed, a format that is not conducive to burial. Still, we may watch our dog bury all of the feeders or any large bones we offer. Do you want to know more about this curious habit?

If our dog has an outdoor space it is not strange that we discover it, sometime, burying part of its food. Even if you are in a yard with soil that is impossible to dig, he will make the gesture.

To do this, he scratches with his legs and pushes his nose around him, as if he were covering the food with dirt. To understand the meaning of this instinctive gesture, we must go back to its origin, that is, to the wolves.

Why do wolves bury food?

Wolves hunted different types of prey. Thus, those of a smaller size, like mice, were hunted individually. The wolves caught them, killed them fast, and gobbled them up on the spot. The same was true of somewhat larger prey, such as rabbits. But also with sheep or fawns.

These cases have in common that they are prey that is relatively easy and quick to kill and eat, either by a single wolf or by a few. Therefore, on these occasions they did not need to bury food at all to store it. Keep in mind that wolves are able to ingest up to eight kilos of meat in one fell swoop.

But when there was leftover food, leaving it out in the open was run the risk of other animals finding and eating it That is why they buried their surpluses as if it were a pantry. 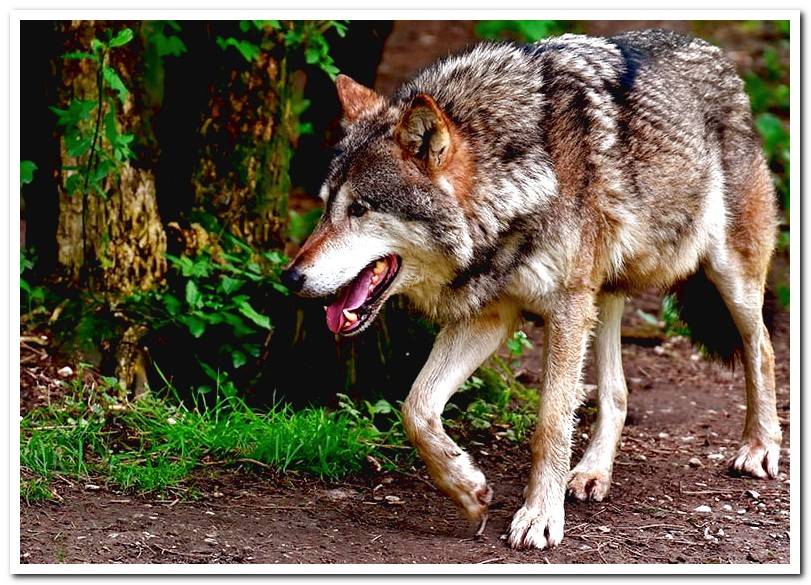 How do wolves bury food?

When wolves thought they had food left over, they buried it as a precaution. For it, they took portions of the prey into their mouths and buried them in the ground. In this way they were safe from scavenging animals, especially birds such as crows, crows or vultures.

Burial also prevents insects such as flies or worms from accessing and spoiling meat. Wolves buried pieces of the prey shortly after killing it. Other times they were transferred to their den. Perhaps this is why some dogs hide food in their bed. The burial process is carried out by scratching the ground with the front legs.

While, the dog keeps the meat between its jaws. Once you get a enough hole, drop the meat into it. With your muzzle, drag the dirt around it to cover it. In this process, contrary to what can be observed in other species such as the cat, the dog does not use the paws. He finishes by pressing down on his muzzle and leaves.

When do wolves dig up food?

The next day the wolf returns, removes the dirt with its front paws, picks up the meat between the jaws, and shakes it hard to remove as much of the dirt as possible. After that, he deposits it on the ground and eats it. 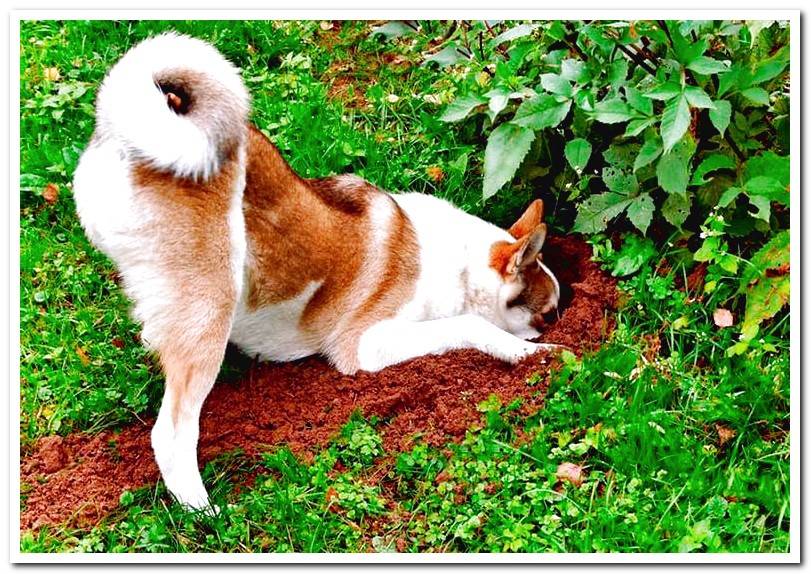 In which cases do domestic dogs bury food?

Considering the burial process followed by the wolf, we can understand the same behavior if we see it in our dog. Thus, for the dog to bury food, it is essential that perceive that you have a surplus. This is more difficult than with the most common food that dogs receive today, that is, feed.

And it is due to its format. The more or less rounded and small balls that make it up are not suitable for holding in the mouth, burying and digging up. Therefore, even if the dog receives more feed than it can eat, it is rare that it decides to bury it. Yes we could observe, in these cases, how the dog makes the gesture of digging.

Scratch your feet around the feeder and imitate the ground lifting with your muzzle to cover it. We will see that he tries to bury the entire feeder, not just the food. If this behavior is repeated frequently we can consider reducing the ration of feed that we are offering.

What does a dog burying food tell us?

In an attempt to reproduce natural food burial behavior, the dog is telling us that he has too much food and saves it to protect it from scavengers that would make their appearance if found in their natural environment.

But, if we give the dog homemade food that includes bones or offer them occasionally, it is relatively easy for us to discover that he is burying some. In these cases it is not necessary to appreciate an excess of food.

Simply put, a good-sized bone, like a very large prey, is not easy to eat right away, as it takes time to break it up and eventually eat it. Hence the need to bury it that the animal can feel, even if it is hungry.