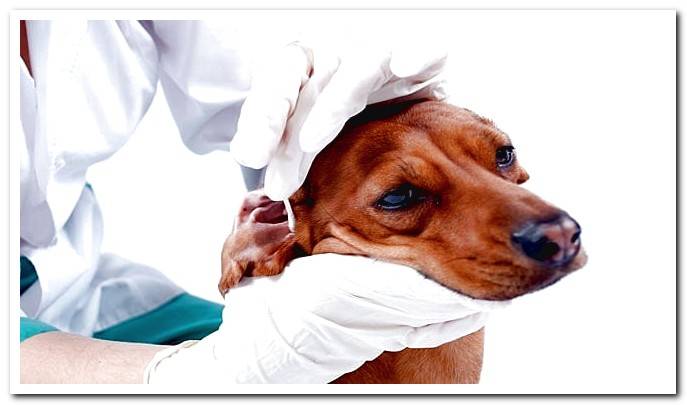 Otitis is an inflammation of the ear canal that can affect any of its sections. Based on this, the discomfort will be more or less severe, which will also affect the treatment.

It is essential that we go to the vet at the first symptom, since, otherwise, it is possible that the problem will worsen, affecting internal structures, increasing pain and potentially generating complications.

Otitis is an inflammation and / or infection of the ear that can affect its different areas and one or both ears. The ear is divided into an outer, middle and inner zone. In the following sections we will see what are the characteristics of otitis as it affects each of these parts.

What dog breeds suffer from otitis?

Any dog ​​is susceptible to otitis at any time in its life, but it is true that some specimens will have a greater predisposition, especially due to its anatomy. The following situations favor otitis:

Otitis symptoms in a dog

This infection presents very appreciable symptoms, so detecting it is quite simple. Regardless of whether Otitis is bacterial or not, our dog will show the following symptoms: 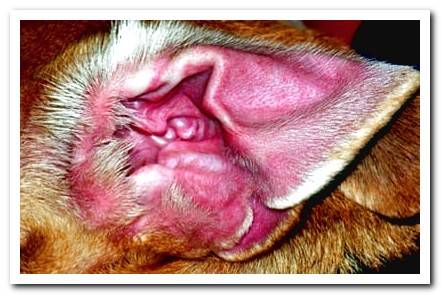 Types of Otitis in dogs

Depending on the place where the infection originates in our dog’s ear, otitis will be external, medium or internal. Let’s see what its characteristics are.

It is the one that affects the outermost part of the ear. It will be the most common in dogs. Symptoms include shaking and head tilt, scratching of the diseased ear, pain, a foul-smelling discharge and redness and inflammation of the pinna. It can be caused by different causes such as bacteria, mites, fungi or yeasts.

The vet will examine the ear with an otoscope to reach the diagnosis. Infections in the outer ear can progress to the middle ear, hence the importance of going to the first symptom to the vet to start treatment as soon as possible and thus avoid complications.

This otitis will affect the middle ear and is usually a consequence of an infection in the external ear that has progressed. The symptoms are similar in both cases, although with much more pain. If a facial nerve that goes through the eardrum is damaged, we will see the lip and the ear fall from that side.

Horner syndrome, which is a disorder that affects the eye, can also occur, decreasing the size of the pupil, causing the eyelid to fall, the nictitating membrane to protrude, and the eye to retract in its orbit.

In the case of this otitis, infection and inflammation occur in the inner ear. They are also usually a consequence of otitis externa. The remarkable feature is that they also affect the balance system.

Thus, dogs adopt an abnormal posture, tilt their heads, get dizzy, lack coordination, walk in circles, vomit and have nystagmus, which are rapid and involuntary eye movements. 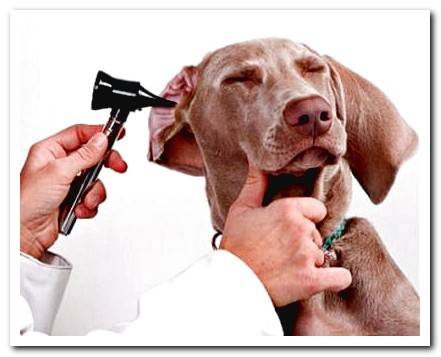 What is the treatment for otitis?

The first step should always be to clean the ear well because it is what ensures that the medication we apply can penetrate the canal and be effective. This initial cleaning is usually done by the vet. Then, at home we must administer the prescribed treatment depending on the cause. Sometimes pain medications are also prescribed.

In severe cases, changes occur in the morphology of the duct itself, which complicates healing and may require surgery. On the other hand, it must be taken into account that an internal otitis is an emergency.

How to apply medication to the ear

To treat otitis it is essential that we ensure that the prescribed drug reaches the entire duct effectively. We must pour the product by folding the ear out on the top of the head and gently massage the base of the ear to spread it out well. We will hear a splash.

By the way we hold the dog’s head to prevent it from shaking before the drug has entered the duct. Then, we will dry the excess that remains in the ear.

How is Otitis spread in dogs?

Canine otitis is not contagious, it is an infection caused by the weakening of our dog’s defenses. It can also be caused by the accumulation of bacteria or mites, or by poor hygiene. It is not a disease that is spread through the bite of a mosquito or through contact with other dogs. 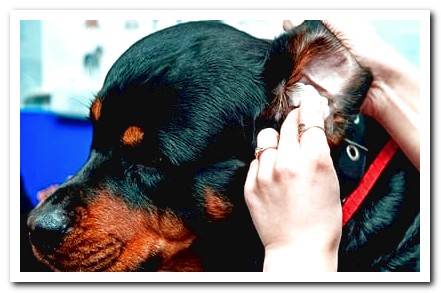 It is not always possible to avoid otitis, but we can follow a series of recommendations to maintain a healthy ear. The first step is to go to the vet at any sign of atrial problem to prevent complications.

Other advisable guidelines are the following:

Finally, we should not obsess about cleaning the dog’s ears, much less routinely apply products. That the ears present a slight ceruminous and brownish secretion it is normal and essential for atrial health.

Clean only when there is considerable accumulation of dirt. Of course, for this task we should never use sticks or similar utensils because they push dirt into the interior. We will just clean the visible area.

The rods can be used to clean the folds of the ears. We can use a product, always prescribed by the vet. We will go to this professional if we do not achieve good hygiene or perceive any of the symptoms mentioned.