Do you know many breeds of dog? Would you know how to classify them? The truth is that these questions are not so easy to answer, since there are more than 300 breeds of dogs gathered in 10 different groups.

Despite being a great dog lover, these figures have surely surprised you. So if you want to know how many dog ​​breeds there are in the world, their classification and their origin … Keep reading and we will explain everything!

Number of dog breeds on the planet

The dog It is the most diverse animal species in terms of the great variety of breeds that exist around the world. No other species enjoys such diversity. Furthermore, scientists estimate that the numbers increase every year.

Even if more than 800 dog breeds are calculated, those officially recognized by the International Canine Federation so far they add up to 343. Those that are really considered official are those that have not altered their physical characteristics in many generations.

However, the official ones do not cease to be crossbreeds of dog breeds that have remained the same throughout the years and whose characteristics are not the result of chance, but are the result of selective breeding by humans during years.

Diversity of races and Europe

The plurality in the dog breeds of the planet has occurred mainly during the last 200 years and in very specific places. According to the map prepared by the illustrator artist Lili Chin, Dogs of the World, most races come from the European continent.

Specifying by country, France and Great Britain have 57 registered dog breeds and Germany 47. In addition, Eurocentrism is visible even on the other side of the pond, where the official dog of Cuba, the Havanese or “Havanese bichon” also has European origin .

However, other continents, such as the American and the Asian, despite having fewer official dogs, are honored to have the most exotic and interesting breeds, such as the Mexican xoloitzcuintle, the Shiba Inu of Japan or the Inca Orchid of Peru.

Thus, although Europe conquers the map with more than 80% of the official dog breeds, each geographical location has contributed its grain of sand to the enormous diversity of dog breeds in the world. 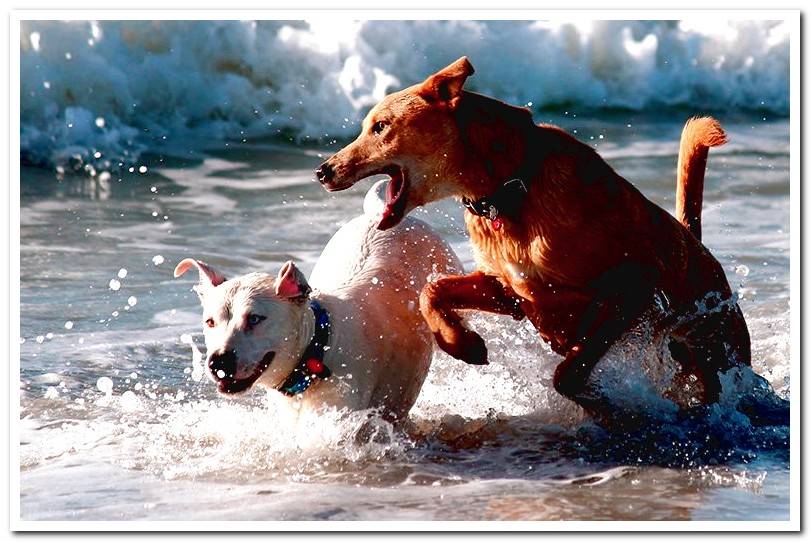 Classification of dog breeds into groups

Of the almost 400 dog breeds that exist at a global level, each one has a character, size and fur that is unique and different from the rest. Here is a list of ten groups of all the world’s dog breeds, ranked according to their similarities.

Despite the great differences in sizes, behaviors and other characteristics, lScientific studies have shown that all dog species belong to a lineage.. The dog, Canis lupus familiaris, it descends from Canis lupus, that is, from the gray wolf of Central Asia.

The origin of dog breeds is estimated to have occurred after a process of wolf domestication more than thirteen thousand years ago. From there, the dogs began to migrate to other regions, always accompanied by their friend, the man.

The oldest known groups of dogs are the asian races and African, too the most similar to its ancestor, the wolf. Dogs have the ability to mutate rapidly in a few generations, which has facilitated the multiplication and expansion of breeds.

However, despite being born as a species thousands of years ago, approximately 80% of breeds have originated since the 19th century, as it has been the human being who has caused this proliferation of breeds for their service and benefit.

Why are there so many breeds of dogs in the world?

As we have explained, the answer to the question of why there are dog breeds is because humans have wanted and designed it that way. As is often the case, people modify their environment and natural resources as they please to meet their needs.

At the beginning, the modifications in physics and behavior between the races were inconsequential, until they increased over the years. Thus, the species of dog has come to have enormous diversity in terms of breeds and specifications in the present time.