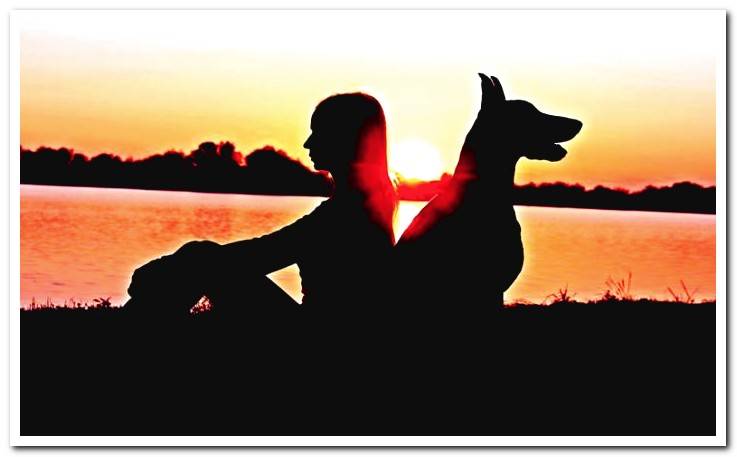 If you are thinking of adopting a Doberman breed dog surely you will like to know what his character is and if he has a good temperament. Something fundamental to know if you will be compatible and how your coexistence will be.

Let me tell you, you’re in luck as I personally I have a lot of experience dealing with this breed, which is one of my favorites. Ready to find out what a Doberman really is like? Let’s go there.

Does the Doberman dog have a fearless temperament?

The truth is that yes, it is a quite intrepid race because it is powerful and it knows it. Bold does not mean that he is dangerous, simply that in a dangerous situation, he will not hesitate to defend his family (you).

It could be said that it is a synonym of Brave, and the Dobermans are very brave, of that there is no doubt. Even as puppies, they are already showing their bravery. 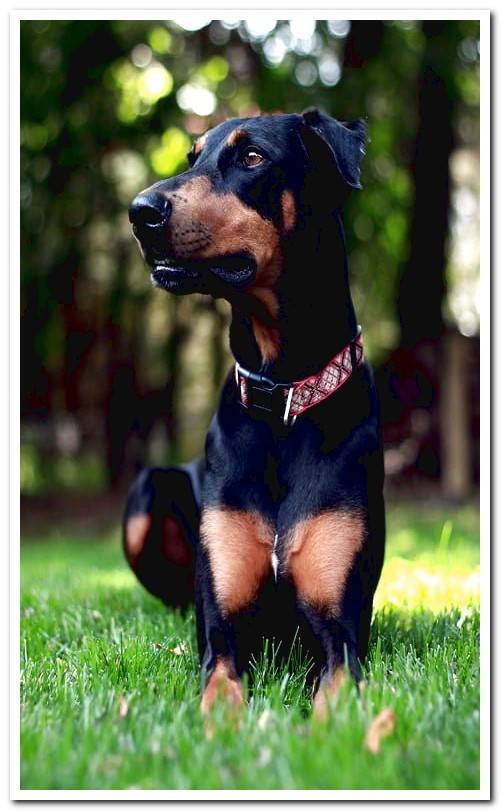 The Doberman breed and children

There are those who think that the Doberman is a dangerous dog or that he should never be with children, but he is obviously wrong. Dobermans are curiously very respectful of young children and also quite playful.

Obviously the education they received during their childhood (the dog) is key to determining their behavior with the little ones, but if it has been well socialized without a doubt you will have a great time playing with the children.

Is it an obedient race?

Without a doubt, yes. The Doberman dog breed is one of the smarter breeds of the planet, so it has a great capacity for learning. Even is able to learn simply by observing, even if you think you are thinking of other things….

His intelligence also makes him very obedient, even in stressful situations where any other race might be guided by his natural instincts, the Doberman will always remain obedient and loyal.

The character of the Doberman breed is excellent

Gone are the years when it was classified as a dangerous or aggressive dog, arriving new times where we have learned of its great virtues.

The Doberman dog has an observant and attentive character, vigilant because it is an excellent guard dog. Although this does not mean that it is dangerous, we should not confuse terms.

While it is true that he can be suspicious of strangers, it is also true that with his family he is all love.

It is a breed with a happy, playful and loving character. You don’t really know a Doberman until you live with him, however much they tell us or inform us. His big heart will surprise us many times.

What more could you ask for? Well, much more, since it is also a calm dog at home, which knows how to respect and be patient. He is cuddly, loyal and very attached to his family.

To maintain its great virtues and that it does not develop bad behaviors, you simply must socialize it correctly and take great walks daily, where you can exercise to let off steam.

Did you know……? Although they seem nervous on the street due to overflowing energy and wanting to play constantly, at home they are calm and careful dogs.

Now that you know what they are like, you have no excuse not to adopt one and make him your best friend. Treat it with affection and love and you will receive the same multiplied by ten. It is an amazing breed.