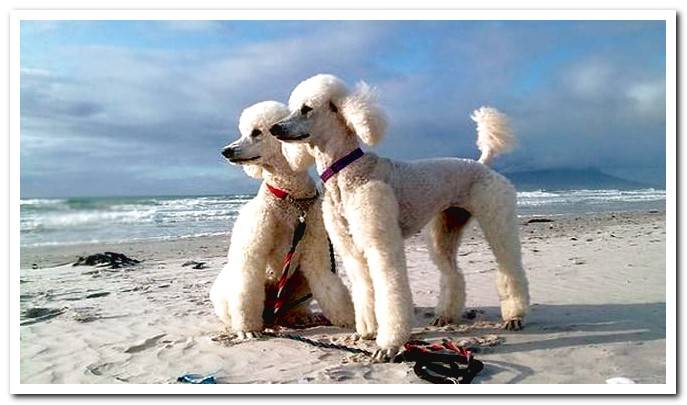 The Giant Poodle or Poodle is probably the most popular dog in the world and a star of dog shows. But behind the impressive ties and hairstyles that many of its owners display, there is a dog with a loving, intelligent and virtuous family character.

This breed comes from France, being used in the beginning for hunting waterfowl. Over time, the Giant Poodle became a companion dog and very soon its image was associated with that of royalty, which is why it is also known as “blue blood dog”.

If you want to know what their behavior is like, their physical characteristics, the care they need and what their puppies are like, at Dogsis we offer you all the information.

Intelligent, affectionate, loyal and mischievous are the four adjectives that are most used to define the character of the Giant Poodle. In addition to this, it is necessary to highlight a very peculiar, almost aristocratic aspect, which is revealed both in the physical aspect and in the behavior of this dog. An intangible stately halo that is perceived at first sight.

However, under that majestic appearance, the Giant Poodle hides a mischievous and playful soul. This dog is always ready to participate in any type of game, he loves being with people and he is dying to please and be nice. But although it is an active dog, the character of the Giant Poodle is much calmer and calmer than that of the Toy Poodle.

Great protector of his home and family, the huge Poodle will alert us with loud barks of the presence of intruders in our house and will not hesitate to act if he deems it necessary.

All in all, the most outstanding features of this dog are its great memory and incredible intelligence, often described as “human” and which can often leave us with our mouths open. This is a double-edged sword, as it is a dog that learns everything very quickly, both good and bad. 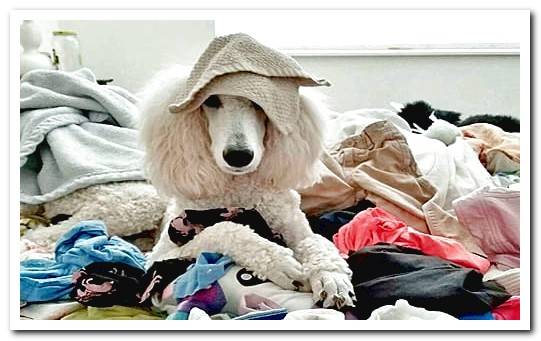 The International Cynological Federation recognizes up to four classes of Poodle, actually four varieties of the same breed classified according to their size: large or giant, medium, dwarf and toy. The Giant Poodle, the “older brother” of the family, has a height at the withers that ranges between 45 and 60 cm.

Its limbs are strong and well developed. Its snout is long, straight and fine, its long ears and its almond-shaped eyes can be black or brown, but always endowed with a very lively expression. There are few looks in the world more tender than those of a poodle.

The Giant Poodle’s hair can be of two types: curly hair and cordoned hair, both with a fine and woolly texture, although in the second case it tends to form loops and long cords. The variety of hair colors is enormous, although the most common are black, white, brown, gray and reddish.

This beautiful coat has always been one of the most appreciated aesthetic features of the Poodle and one of the reasons why it has been the preferred breed for dog shows for decades.

How to educate a Giant Poodle?

You can hardly find a dog with a better disposition to learn than this. This virtue, added to its sharp intelligence, makes the Giant Poodle the dream of any dog trainer.

To train a poodle, all you have to do is follow the classic methods used with any other kind of dog: we must be constant, consistent and above all affectionate. For its part, the Giant Poodle will always be attentive and dedicated, without falling into distractions.

Although it is a completely harmless dog, it is advisable to start the socialization process of a Poodle as a puppy. It is also important to teach him correct behavior habits at an early age.

The Poodle adapts without problems to any type of home, from city apartments to country houses, as long as it can enjoy the company of humans and its daily dose of exercise, essential to avoid being overweight. This aspect is important, since an obese Giant Poodle can develop respiratory, heart and bone wear problems.

Poodles do not normally shed hair, but their delicate coat requires a lot of care and regular grooming. To the daily brushing it is necessary to add a bath and a haircut more or less once a month.

There is no other formula to keep your hair healthy, clean and tangle-free. Most Poodle owners resort to the services of a professional groomer, although if we have the time and the skills to do so, we can fix it ourselves at home.

The hair can also grow inside the Poodle’s ears, which can lead to infections and other problems. The regular cleaning of the ear canal It’s fundamental.

With proper care and proper nutrition, the Giant Poodle, one of the oldest dog breeds in the world, can live to be 18 years old.