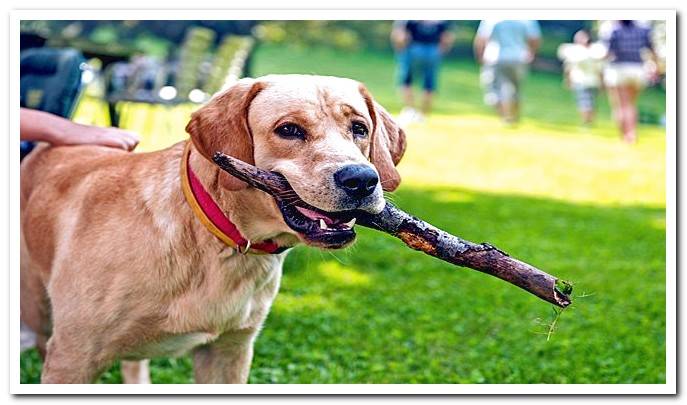 Not one, not two, not three. We can find up to six types of Retrievers, with their own characteristics and needs. In this guide we will explain what are the qualities of each, their behavior, health problems and the main differences that we can find between a Labrador and a Golden Retriever. Get ready to discover everything about them!

In English the word ‘Retriever’ means ‘to retrieve’ and hints at the origins of this breed. Initially they were called like this the Braco, the Spaniel or the Setter, dogs that were good at collecting prey.

The English, who were looking for perfecto the perfect hunting dog ’, decided to make several crosses until they got a dog with a better sense of smell, bravery and affinity for water. This is how the different types of Retriever dogs that exist today arise.

The ‘father’ of the Golden Retriever, one of the best-known variants, was Lord Tweedmouth. He decided to cross a yellow Wavy Coated Retriever with a Tweed Water Spaniel, giving birth to the Golden.

The Wavy Coated Retrievers, now extinct, came from crosses between the St. John’s dog and the Setter. In 1913, two years after the first Golden club was created, they were recognized as a race of their own. This caused his popularity to grow exponentially.

A little earlier, in 1903, the British Kennel Club also accepted as breed the Labrador Retriever, a dog that also descends from the Canadian Saint John’s Spaniel.

The ancestors of the contemporary Labrador were called Ned and Buccleuch Avon. Both impressed the British nobility by its ability to retrieve objects and animals in water.

Surely now you understand why these dogs are so friends with rivers, the sea and swimming pools. It’s in your genes! Over time the Retrievers have become one of the most humanitarian breeds that exist; many Golden or Labradors are true heroes trained to save lives. 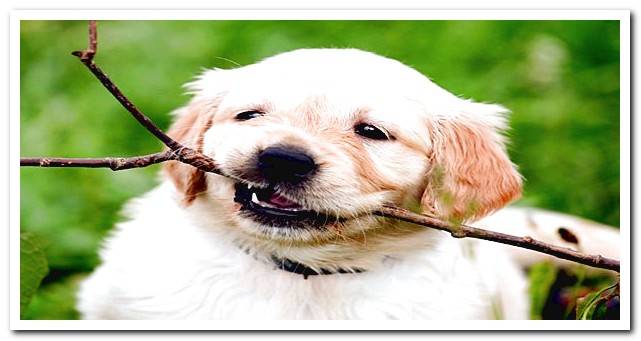 We have already said that in total there are six types of Retirever dogs and that the Labrador and Golden are the two best known. So what are the other four? The family picture of the Retrievers is completed with:

Although all these variants have a lot in common, they also have different qualities and behaviors. We tell you what they are, one by one.

Outstanding qualities of each type

If there is a type of dog with excess qualities, it is the Retirever. The Labrador stands out for being noble and kind. The same happens with the Golden, a dog that has a very stable temperament and great collection skills.

Both are patient and easy to educate. In fact, according to the ranking that the expert Stanley Coren elaborated, occupy the first positions among the smartest dogs in the world.

Something less known is the Nova Scotia Duck. This furry has a great hunting instinct because, as its name suggests, it was used to recover ducks in the lakes and rivers of Nova Scotia.

He is an enthusiastic, happy dog ​​who is always ready to learn. Physically is the smallest of the retrievers And although he is often mistaken for a small Golden, he is usually more active. The Nova excel in Agility and obedience competitions, as they are always vigilant and never seem to tire.

Of the Flat Coated we can highlight its protective and loyal character. They learn fast, love to please theirs, and are quite confident, so keeping them as watchdogs is not recommended.

These dogs they are very jovial, just like Chesapeake Bay. The difference is that the latter is not as easy to handle as the other Retrievers, as it has a more independent and reserved character with strangers.

The best way to win him over is to let him be happy playing and splashing in the water. You can even dive!

Finally the Curly Coated, with its striking curly hair, is the most timid of all. However, this does not prevent him from being content and obedient. Of the six Retriever variants, it is the oldest and most closely related to ancient water dogs.

Curly are not very common and its morphology is somewhat different from that of other collectors. Two of its greatest qualities are its agility and endurance on the field.

In general, all these dogs have a strong desire to recover and a special fixation on birds and birds.

They have exceptional eyesight, perception and smell. They are also strong dogs, which adapt to a wide variety of places and weather conditions. 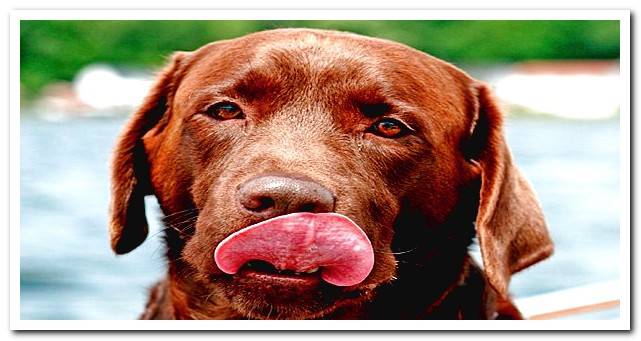 How do Retrievers behave?

If you look at their behavior, Labrador loves to play and be surrounded by people at all times. He gets along great with children and is very loving to humans.

In fact, you tend to suffer from separation anxiety, so you need to feel in good company.

Like the Labrador, the Golden is also very attached to the family. She likes to babysit. In fact, he is known as “the eternal puppy” because he is always ready to play and have fun.

It is a super active dog; exactly like the Curly Coated, which would spend the day in the pool or on the lake.

Dogs like Curly or Nova Scotia Duck Tolling need to exercise a lot to avoid obesity problems. In fact, it is recommended that both of them preferably live in a rural environment. Otherwise they could become depressed, unable to release all their energy.

Something similar happens with the rest of the Retriever. If they are bored, a Flat Coated or a Cheaspeake, for example, they may end up nibbling on the couch or any kind of household objects.

So it is important that they can keep themselves busy, that they do not feel alone and that they have adequat
e socialization from an early age.

Main differences between Labrador and Golden

After seeing the many points in common that all dogs of this breed share, it is normal to ask the question: what are the main differences?

The truth is that although the Labradors and the Golden They are much alike in both physical and character, yes we can distinguish a series of differential elements:

As you can see, there are minimal differences that can guide you when deciding on one or the other. However, whichever dog you choose, you won’t go wrong – they are both great dogs.

You can get more accurate information from: Differences between Labrador and Golden. 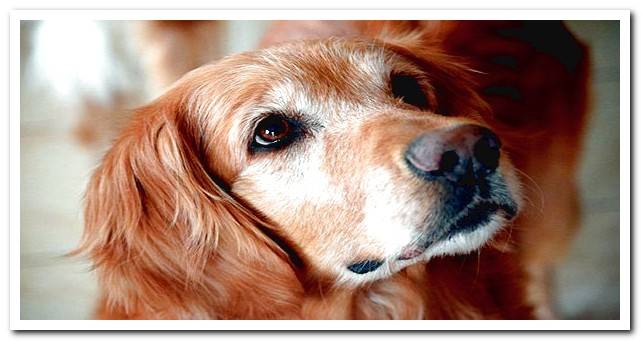 Typical health problems of the breed

Retrievers are very resistant and healthy dogs, compared to other breeds. However, you should bear in mind that due to their genetics they are more likely to suffer from certain conditions. Among the most common are:

That is why it is important to detect it early, thus preventing symptoms from worsening and the furry end up developing arthritis.

This condition can cause pain and limit your mobility over time. The chondroprotectors for dogs They can be a form of prevention, but always under the supervision of a professional.

Dogs that have it have a narrowing that inhibits normal blood flow from the heart to the aorta. Many times it is difficult to realize the problem, because there are not always clinical signs that can be easily observed.

Fortunately it is something that we can avoid, with enough exercise and an adequate diet. This will make it difficult for other complications to develop, such as heart disease, diabetes, or joint problems.

In addition to these conditions, retrievers are also exposed to many other common diseases, such as: hypothyroidism, epilepsy, ear infections or cancer, which is the main cause of death in Retrievers.

In all these cases, although the nature of the dog influences, the environmental factor also has a lot to do.

Puppies and their care

Retriever puppies, especially Golden and Labradors, are like gifted little ones. With their intelligence and their predisposition to learn, they immediately understand you.

So now you know: if you teach them well from the beginning, it is normal that they maintain the same behavior patterns throughout their lives.

It is true that at first it seems complicated, because when they are small they do not stop still: they love to play and have fun. They are in the mischief stage, but the same is true for all puppies. So, you must arm yourself with patience and do not leave valuables or that you want to keep intact too close.

The important thing is that, if at any time you find that your little Retirever has chewed on your sneakers, you know how to handle the situation. After several weeks the dog must know how far it can go and what not to do.

Show your leadership, but without yelling or getting upset. Your way of directing him will mark your future relationship with him and will mark the character he shows in adulthood.

When they are puppies they look like a stuffed animal, but do not forget that they are not. So if there are children at home, it is important that talk to them so they don’t get their ears or hair pulled. The dogs must integrate with the family from the first day through games and activities, but with great care so that they are not hurt.

These dogs are especially sensitive, which is why they are excellent guides for people with functional diversity; also for rescue, in the company of relief forces.

For this they need exhaustive training and go through various tests that determine if they have the necessary skills to carry out this type of work.

Retrievers like Salty, Roselle or BretagneFamous for the heroism they demonstrated during the 9/11 attacks in New York, they are an example of how special the furry of this breed are.

For all these qualities they are the favorites of many dog ​​lovers. The truth, nothing strange to us. Well, have you decided to adopt one yet? Which of the six types of Retriever is your favorite?