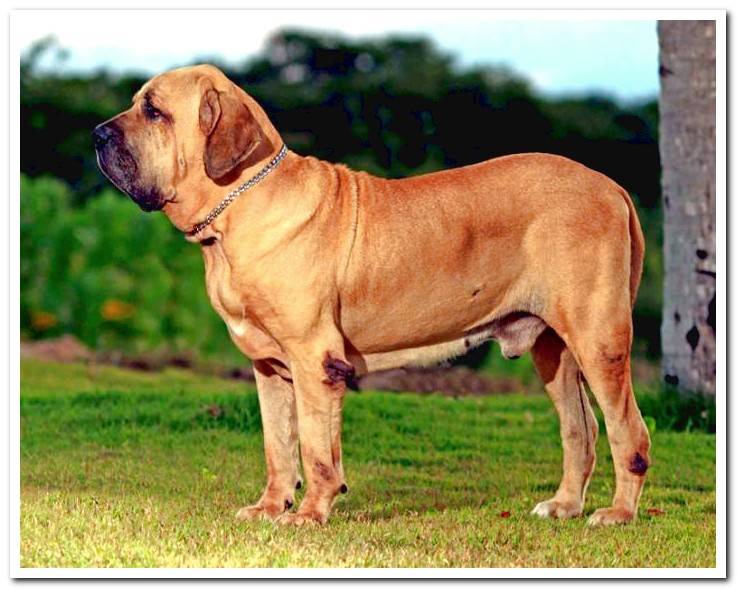 Despite not being very popular or easy to find in Spain due to his popularity as a PPP, this big man of Brazilian origin and a truly affable, affectionate and obedient character, guardian of his family, deserves that we get to know him a little more.

Where does the Brazilian Fila breed come from?

The Brazilian Fila dog comes, as we can suppose by its name, from Brazil. Although it is true that, although it comes from this Latin American country, we are not facing a native race it descends from the molossian dogs brought to the South American country by the European colonists.

Despite the fact that its origin is not known exactly, many experts assure that it comes from a mix between the English Mastiff (hence its large, muscular and strong body), the Bulldog and Houndblood dogs, inheriting from these their good skills with The tracking. This is why it is also known as the Brazilian Mastiff.

It was created, mainly, for the surveillance and care of farms of these colonists. They cared for plantations, herds, hunted and tracked prey until they received orders from their owners. 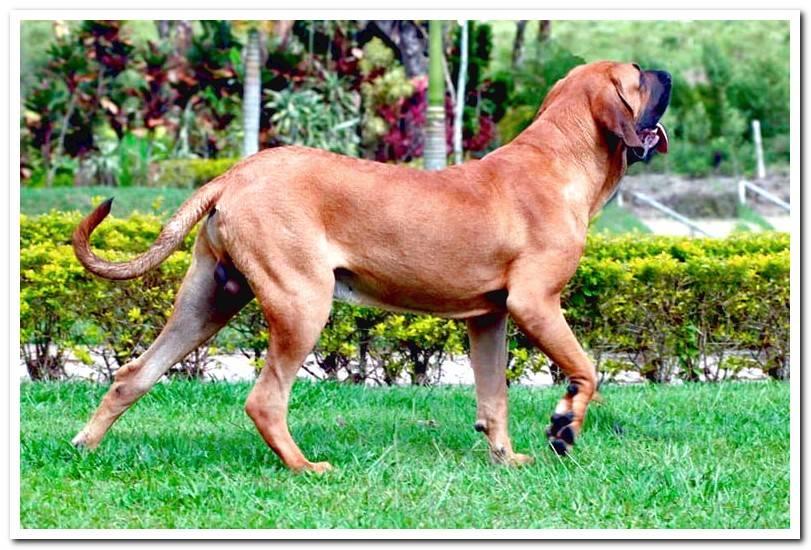 These are really large dogs in size so they can be intimidating at first. Its main feature is the hanging skin that surrounds the entire body and produces a double chin on the neck.

Have great muscle tone and thick skin wearing a short, soft fur coat. Different colors are known, although pure white and mouse gray are not admitted, as well as staining or stinging.

It may have white spots on feet, chest and tail end, but these should not cover more than 25% of the total coat. The color with which it is usually known is yellow-tabby in different shades, coming to be found in black and reddish brown.

When viewed from above, its head is trapezoid shaped. Its muzzle is wide, deep and powerful, slightly shorter than the skull; She has thick lips that hang down on either side. Its ears are large and thick with rounded tips, forming a “V”. Separate and hanging, these are aligned with the eyes, which are medium or large in size, almond-shaped and quite separated from each other.

As for his body, he is deep, strong and wide, with a square complexion. Another distinguishing feature of this breed is the rump (the area of ​​the dog’s body between the kidneys and the tail), which is long and powerful, being higher than the cross. Its tail is long, wide at the base and narrow towards the tip.

It has a wide and deep chest with a clearly protruding sternum and whose ribs are well arched. It has straight legs with massive bones, powerful feet with arched toes. 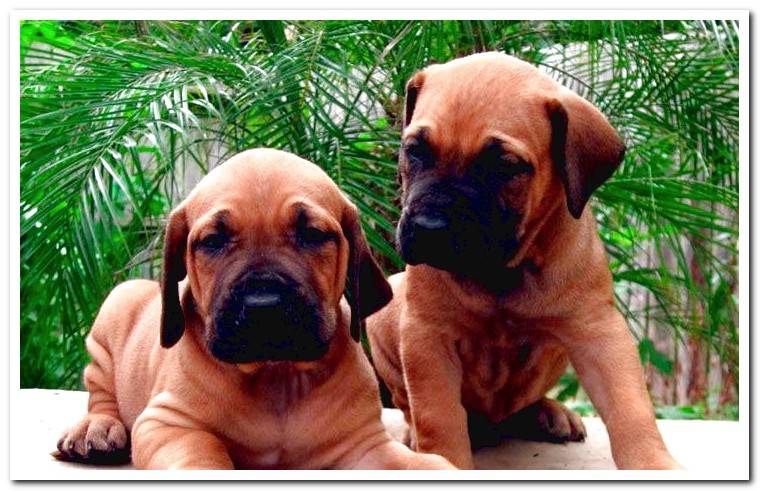 Despite its appearance, it is a very loving breed, obedient to its owners and family. He adapts a lot to his master and it is not easy for him to change when he is older. It is a self-confident, courageous and demanding dog.

He is a natural guardian so he is vigilant and will defend his property (including loved ones) when necessary. It is a breed distrustful with strangers therefore, if you notice that your master is in danger, you will not hesitate to act immediately. It is quiet inside the home. It has a hunting institute and an extraordinary sense of smell.

Its coexistence is quite simple because it does not have problems with the children of its family. Not so with others who do not belong to it. It accepts other pets well as long as they have been treated as a puppy; in the event that they later join the family, it is not certain that they will accept them.

How very suspicious of strangers can become aggressive or elusive Therefore, its possession is not recommended to people who live in busy areas. It accepts the regular visitors of the house well as long as the owner indicates that they are welcome.

It can be very dominant with other dogs and more if possible when they are of the same sex and do not belong to their circle.

Regarding its training, it is not a suitable dog for undecided or inexperienced people because its character is a little difficult to understand. Its owner must be a person with great determination and self-confidence (physically and mentally).

He must have an innate authority and be very understanding of the character and behavior of the dog, carrying out a good training: calm and harmonious. As it is an immediate response animal, it is convenient to use long time to socialize you.

It needs a lot of exercise so, most suitable, it is a well-fenced garden where you can always exercise under the supervision of its owner. So that it does not get frustrated and boring, it is convenient to take it to explore new spaces (but always correctly subject).

Although it is considered a fairly healthy breed, it can present the usual health problems in large and very large breed dogs. In this sense they can suffer hip dysplasia (large dogs are at greater risk of suffering from it since they have to move a lot of weight when walking) and gastric torsion (aerophagia – swallowing excess air – causes a swelling of the dog’s stomach that can become fatal) so it is necessary to pay close attention to their diet because, in addition to being prone to easily gain weightIt is closely related to the diseases that we have just mentioned.

The Brazilian Fila does not need to be bathed too often. It should be done every 6-8 weeks or even when it is really dirty.