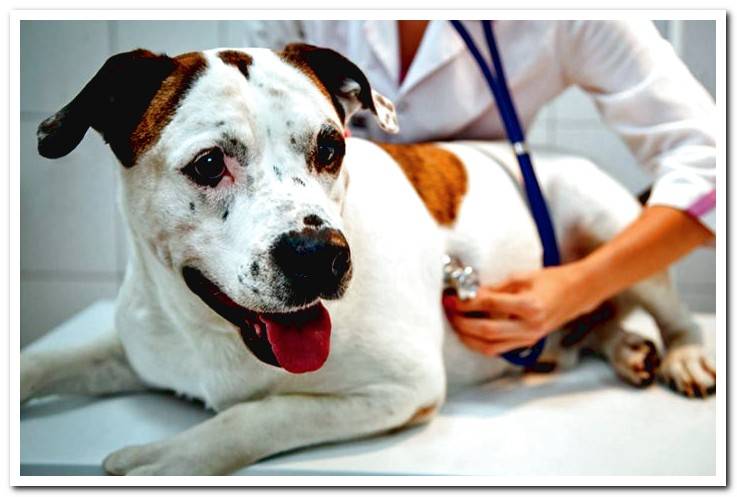 Our dog can have a bloated belly for different reasons. Its physical characteristics and age are factors that help guide the diagnosis, as there is no single cause. Thus, the severity of the pathology is variable.

Regular internal deworming and quality feeding are the basis to prevent inflammation of our dog’s belly. Let’s see in detail what are the main causes that can cause this type of inflammation.

Why does my dog ​​have a swollen belly?

There are several causes that can have the consequence of increasing the size of our dog’s abdomen. It is important that we look at the circumstances that have occurred and if there are other symptoms in order to communicate this to the vet and help him reach a diagnosis. The most common causes are the following:

My puppy has a swollen belly

It is not uncommon for puppies to have a swollen abdomen. The most common cause of this sign is internal parasites. Different types of earthworms are more common in younger dogs due to various factors. Some may contract them directly from their mother, others from contact with contaminated surfaces or with infested feces.

Also, their immature immune systems still can’t control them. Intestinal parasites can cause other symptoms such as diarrhea, vomiting, poor coat appearance, malnutrition, or anemia. But puppies may also have a swollen belly due to poor handling in the food sector, especially those that are smaller.

If, for example, when we start feeding with solids we prepare a paste with feed and water that is too hot, the belly will swell. With orphaned infants that we have to feed with milk formulated for dogs we must scrupulously respect the recommended doses to avoid digestive problems that can be serious. 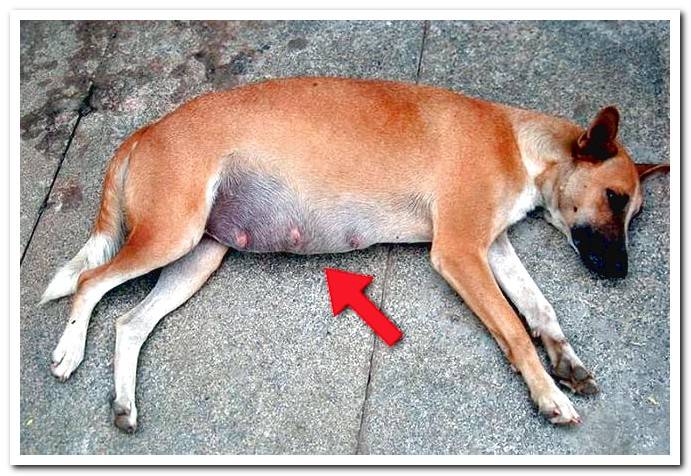 My dog’s guts sound a lot and he has gas

This problem can affect dogs of all ages. With gases we mean the accumulation of gas that occurs in the digestive system. Borborigmos are the noises that can be heard at the abdominal level. Both phenomena can be due to different causes.

It is common for a dog to gobble up food, thereby will swallow large amounts of air. It can also be due to eating highly fermentable foods. But there are causes of more complex resolution, such as malabsorption syndromes. In the latter case it is essential to go to the vet.

Sometimes the belly becomes inflamed because the transit of the digestive system is obstructed. Foreign bodies, intussusceptions, which is when a fragment of the intestine invaginates inside another, tumors, hernias, etc. They can cause an obstruction. The obstruction will be partial or complete.

Other symptoms it causes are vomiting or abdominal pain. Can be diagnosed by taking an x-ray. Relief of the obstruction is required as soon as possible so that serious complications such as intestinal strangulation do not occur.

It is a serious pathology that affects more large dogs, precisely due to their body constitution. As its name suggests, what happens is that the stomach is greatly dilated and, in some more serious cases, it rotates on its own longitudinal axis.

First, the stomach is filled with gas and fluids that the dog cannot eliminate. If the stomach turns, it will be practically sealed. In addition, the blood supply is compromised, resulting in necrosis or death of the tissue of the affected area.

It is a very serious pathology that requires prompt veterinary attention. It usually occurs when the dog suddenly ingests large amounts of food or water or when it does so after intense physical activity.

Ascites is the name given to the accumulation of fluid in the abdomen. There are different causes that can explain its origin, such as heart, liver or kidney disorders. The ascites it is more common in older dogs.

It is usually accompanied by other symptoms, depending on the cause. They emphasize exercise intolerance, cough, vomiting, yellowing of the mucous membranes, loss of appetite or weight loss. The vet has to carry out different tests to get a diagnosis.

Signs of pregnancy in a bitch

Finally, we point out pregnancy because for some caregivers, both zeal and riding can go unnoticed. They will only notice an abdominal inflammation in the last weeks of the pregnancy. This usually lasts about two months.

Keep in mind that Bitches can start their zeal As early as six months and in some we may not notice zeal. Having a whole female, that is, without castrating, involves a risk of pregnancy in each heat. They are two a year.

What do I do if my dog ​​has a bloated belly?

The most important thing is to observe the general condition of the dog and look for the presence of other symptoms. If, for example, it coincides with an episode of embarrassment, the dog should improve in a few hours.

But if there are other symptoms or it is a puppy, a dog already diagnosed with another pathology or an elderly specimen, you should consult the vet. Remember that problems such as torsion-dilation of the stomach can be fatal in a matter of hours.

Can abdominal dilation in dogs be prevented?

If you take into account the following measures, you can prevent, as far as possible, the appearance of problems at the gastrointestinal level that can cause inflammation of your dog’s belly: