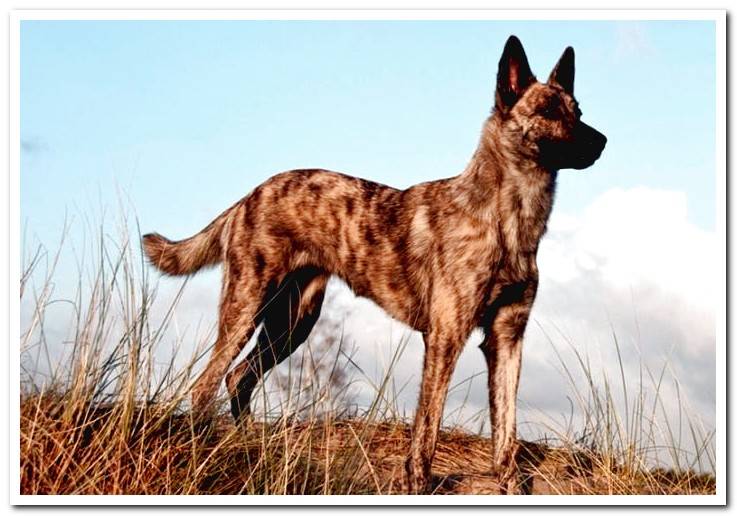 The Dutch Shepherd is originally from the Netherlands, where he served as a sheepdog. It is a medium-sized dog, muscular and with an alert and obedient personality.

This breed stands out for its excellent health, it rarely gets sick and it is a very active dog that will enjoy physical activities with us. Do you want to know all the details of the breed? We will tell you.

It is not clear when the Dutch Shepherd’s breeding began, but from the beginning they supported the Dutch towns with the control of the flocks of sheep, as they prevented them from devouring the crops.

They also served as guard dogs on farms and led herds through the grasslands. Beginning in 1900, when the Netherlands had ceased to be a purely agricultural nation, this sheepdog began to be trained to serve as a support for the blind, police and rescue dog.

In accordance with the standard established by the International Cynological Federation (FCI), a Dutch Shepherd dog must have medium size, muscular and proportionate body. The head shows a wedge shape, elongated and square.

The breed’s nose and lips are pigmented and black, accompanied by a scissor jaw. The eyes are almond-shaped and dark irises, while the ears are tall and straight. The tail reaches to the hocks, with a medium to straight shape.

As for the cloak, it presents three varieties: short, long and hard. The short one is woolly and attached to the body, with longer strands or feathers around the neck, hindquarters and tail. The long variety is smooth, rough and also woolly, growing abundantly on the ears and feet. The hard-haired variety features a ruffled, woolly and tough coat with mustaches, a beard and thick eyebrows.

Regarding color, it is brindle, with a combination of a gold, silver or reddish background with a mask and black areas throughout the body. In some specimens, white spots are observed on the chest and legs, although by international breed standards this is undesirable. 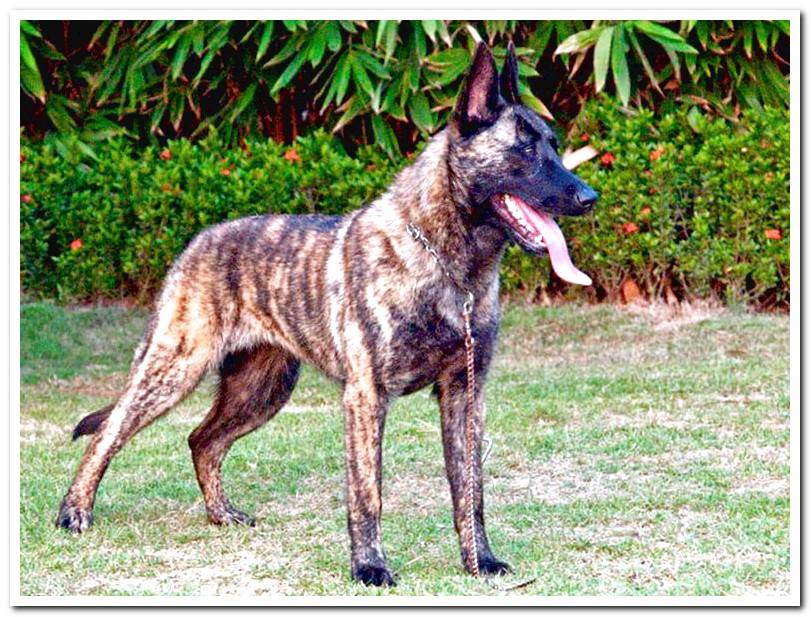 Character and personality of the breed

The Dutch Shepherd stands out for being a good companion dog, thanks to his alert personality and intelligence. Training him is very simple, because well socialized he is an obedient partner capable of learning easily with positive reinforcement.

Being a working race, She gets along well with other dogs so they enjoy activities like Agility. Furthermore, they love being with children and enjoy family time with their masters, to whom they have great loyalty.

Required care of the German Shepherd

Due to its protective spirit, this dog can be hostile to strangers without proper socialization, so contact with other people and pets from puppy is recommended.

This breed is recommended for people who do sports activities, because need daily exercise. Walks, runs and games that challenge your intelligence are recommended, such as prize searches.

Training is also recommended as a puppy, although the Dutch Shepherd’s natural obedience makes it an easy breed to train. As in other canine varieties, this training is better entrenched by using positive reinforcement.

The care of the coat will depend on the length of the coat. In short and hard hair varieties, a couple of times a week is enough to remove dead hair, while the long coat requires three brushings per week. Regarding the bath, it will depend on the physical activity of your dog, but once or twice a month is recommended.

How is the health of the Dutch Shepherd?

This breed is well known for its physical endurance and good health, with annual vet visits and monitoring of required vaccinations, your dog will rarely get sick. However, this breed has a tendency to suffer from hip dysplasia.