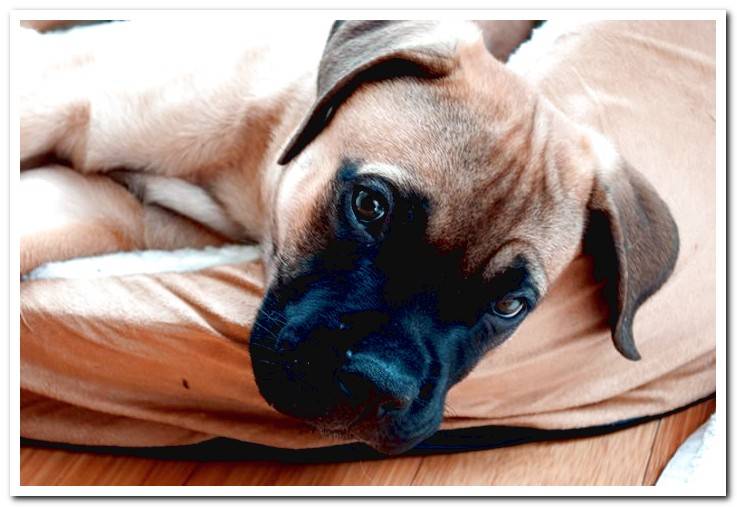 This pathology is not always curable but can be treated, significantly improving the quality of life of the affected dog. Let’s see in detail what exactly it is and what our options are.

The esophagus is a fibrous tube that carries food and fluids from the mouth to the stomach. This task is performed through a series of rhythmic contractions. They are called peristaltic waves.

The megaesophagus consists of an enlarged esophagus. This causes it to lose its function. It ends up becoming a kind of balloon that acts more as a storage space than a food passage tube.

What causes a megaesophagus?

Basically, there are two causes that explain the megaesophagus. The first is the inability of the esophagus to contract, so it cannot transport food into the stomach. This reduction of esophageal movements can be hereditary or not.

Adult dogs can also suffer from this condition. It is the acquired megaesophagus. The second cause of megaesophagus is an obstruction. For example, the one that can produce a foreign body lodged in the esophagus. 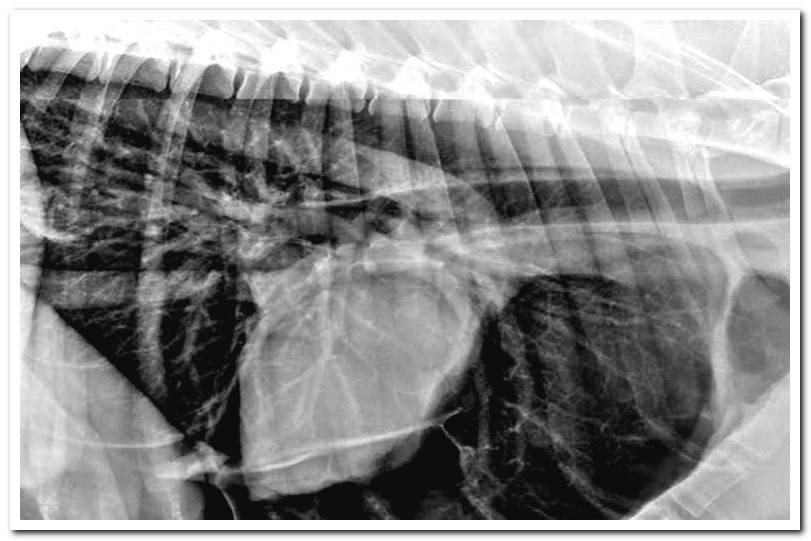 This type of megaesophagus is the one we will find in puppies. It is due to a developmental problem that affects the lower esophagus. Specifically, in that fragment of damaged esophagus there is no more peristaltic activity. As a consequence, that part of the esophagus is paralyzed. When the food bolus arrives it cannot go any further.

In addition, the functional esophagus that is located above the paralyzed part ends up increasing in size and swelling. This deformation can even be felt. There are hereditary diseases that affect the nervous system. For example, so-called hereditary myopathies or muscular dystrophy.

If they attack the musculature involved in swallowing, megaesophagus will develop. Luckily, they are rare diseases. In other cases, the megaesophagus is due to fetal arteries that become trapped in the chest and constrict the esophagus. This is what is called a vascular annular anomaly. It prevents normal swallowing.

Pathology of megaesophagus in adult dogs

In this case, the dog is born with the esophagus perfectly functional and it is in adulthood when the damage occurs. That is why it is said that, in these dogs, the megaesophagus is an acquired condition. It is associated with different neuromuscular diseases. They are considered rare because they affect a very small percentage of dogs.

An example is myasthenia gravis. Dogs suffering from megaesophagus can also suffer from hypothyroidism, esophagitis or autoimmune pathologies. Metal poisoning is another cause of megaesophagus in adulthood. However, it is not always possible to discover the trigger.

How to know if my dog ​​has megaesophagus? Symptoms

Puppies suffering from congenital megaesophagus will show symptoms when they start the weaning period. This is the step from liquid feeding, or breast milk, to solids. This happens, on average, around 4-6 weeks of age.

We will notice that the puppy approaches the feeder with interest. But can’t take more than a few bites. In addition, we will see that it regurgitates. It expels small amounts of food that it tries to eat again. We have to distinguish regurgitation from vomiting.

If you swallow the same food several times, it ends up softening and becoming liquid enough to reach the stomach. The problem is that, with this process, food can end up being sucked in and reach the lungs. This is how aspiration pneumonia occurs.

The symptoms of megaesophagus are:

Faced with symptoms such as those mentioned, regardless of the dog’s age, we should go to the vet. To reach the diagnosis, if the clinical signs orient the suspicion towards the megaesophagus, the veterinaryn can perform a chest x-ray. This may show an enlarged esophagus indicative of megaesophagus.

Matter can also be visualized in the esophagus and even aspiration pneumonia. Confirmation is made by giving the dog a barium porridge and then repeating the chest radiograph.

Treatment and feeding of the dog with megaesophagus

Megaesophagus treatment focuses on ensuring that the dog is well fed and preventing complications such as pneumonia. For it it is recommended to distribute the food in a minimum of four small doses a day. In addition, this should always be offered in a feeder placed high, to take advantage of the help of gravity.

Some dogs with megaesophagus swallow liquid or porridge food more easily. For others, the easiest is to swallow solids. We will have to test and choose the best option for our dog. If the animal presents pneumonia, the vet will prescribe an antibiotic treatment. Puppies with this condition can recover.

On the other hand, some vascular annular abnormalities can be surgically corrected. On the contrary, the megaesophagus that appears in adulthood is going to be irreversible. Close veterinary monitoring, nutrition and complications control can ensure that affected dogs obtain a good quality of life.