There are many opinions that we can find about the consumption of chocolate in dogs and what its effects are, although most of those opinions unfortunately only confuse us even more since chocolate is bad for a dog but only in high amounts.

It is totally false that a dog cannot eat chocolate, although it is true that in high amounts it can even be fatal. But … what is considered a high or harmful amount? What to do if my dog ​​eats chocolate?

Let’s go over everything you need to know about chocolate and its effects on dogs, how much they can eat safely and what to do if they eat too much chocolate. What kind of treatments exist and how to act at all times.

Why is chocolate toxic to dogs?

Chocolate is made from cocoa, and cocoa contains an ingredient called Theobromine that is harmful to dogs. Theobromine is only found in cocoa, so a milk chocolate bar contains much less theobromine than a bar of pure chocolate. 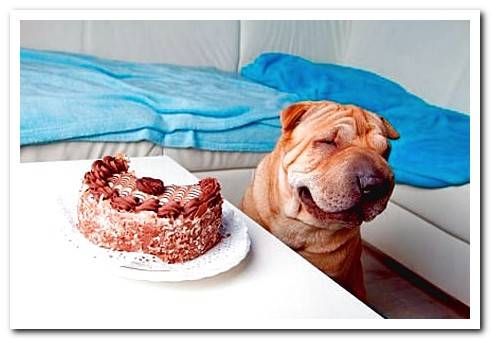 Theobromine is an excipient of the central nervous system, practically harmless to humans but really toxic to dogs in moderate amounts. In addition, at general levels, chocolate tablets also contain large amounts of sugar, something that is harmful to dogs (and humans). Here you can see the list of toxic dog foods.

A small amount of Theobromine will not harm our dog, but a high amount can even cause death. Taking pure chocolate as an example, between 2 and 5 grams of chocolate per kilogram of weight of the dog will be enough to begin to become intoxicated.

At general levels we do not recommend giving chocolate to dogs, they can be poisoned and it is not a healthy food for their health. But, who does not occasionally give a piece of food to their puppy? Who can prevent a dog from finding chocolate on the street and eating it?

No one in their right mind would give their dog such a large amount of chocolate (more than one complete tablet). If the chocolate is milk, it would take more than 120 grams to get intoxicated and more than 200 grams for his life to be in danger (always based on a dog weighing thirty kilos, as an example). 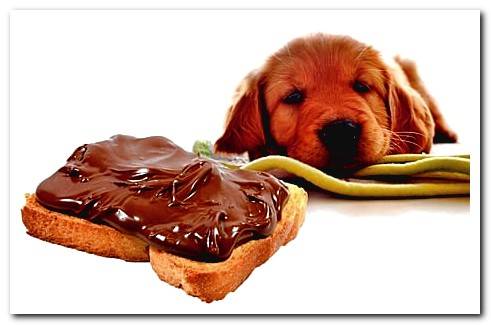 The harmful amount for a dog depends on its weight, knowing that from two grams per kilo it can be toxic, if our dog weighs ten kilos its maximum dose would be twenty grams. In other words, if our puppy inadvertently eats a chocolate, nothing happens, it will not die or anything similar. However, if you eat the whole box … you would have to go to the vet urgently.

In order not to have to worry about the quantities, it is best to avoid giving chocolate to our dogs and thus avoid all risks. Although if they eat a small piece from time to time, you should not be scared because absolutely nothing happens.

Symptoms of chocolate poisoning in dogs

If you think that your puppy has eaten too much chocolate, you suspect it, or simply you are not clear about it because you have not been able to control how much he eats … it is best to pay close attention during the following hours in case he shows any of these symptoms.

Dogs that have eaten chocolate can show diarrhea without this posing any serious problem, it is simply something that has been bad for them. However, when they eat too much chocolate the symptoms worsen and it is necessary to go to a veterinaryn urgently.

If your dog shows diarrhea, vomiting, muscle spasms, drinks a lot of water, does not control his sphincters (he pees or poops at home or involuntarily), has a fever or simply seems to be sick…. Do not hesitate, go to a vet because your life may be in danger.

Treatment for dogs that have eaten too much chocolate

There are no magic solutions or home remedies to cure a dog that has eaten a lot of chocolate, so we must go to an emergency vet without excuses or our dog could die.

The vet will attempt a stomach wash or vomit if you have recently eaten chocolate. If a few hours have passed, then gastric lavage would no longer be of any use because the chocolate is already being absorbed by the intestines.

We must give the vet all the information we can to help our dog save his life:

The vet will apply the appropriate treatment depending on the severity of the dog to try to save it. In these cases, speed in acting is essential, so we must go to the vet as soon as possible to treat the dog.

Your dog can die from eating too much chocolate, it is not an exaggeration. There are many dogs that unfortunately have not exceeded the hours after a large intake of chocolate rich in Theobromine.