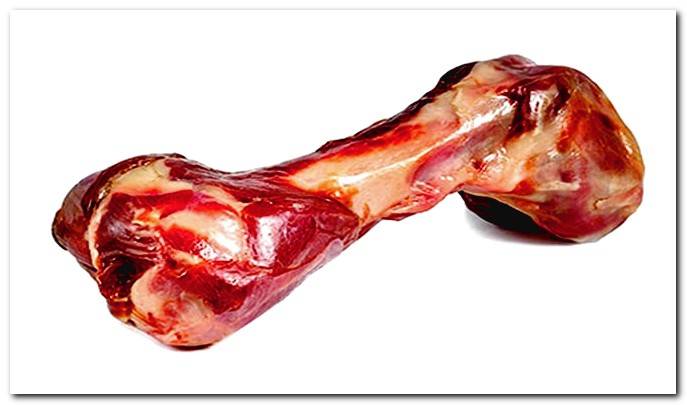 There is much controversy regarding feeding a dog with ham, there are those who claim that dogs can eat it without problems and those who are totally against it. The truth is that both are actually part of the reason, since if it is not administered well or in the correct amounts, it can be harmful.

There are many types of ham and not all of them are harmful, although we must always use common sense and remember that everything in excess is bad. We will review how, when and what type of ham a dog can eat with some simple examples.

Can a dog eat Serrano Ham?

As long as it is a healthy dog, it can eat Serrano Ham, but only in small amounts, actually in very small amounts. Serrano Ham is cured in salt, to dry well, but absorbs much of this salt during curing.

In other words, Serrano Ham generally contains a lot of salt, a very excessive amount for a dog. If we give our dog a very small piece of Serrano ham, nothing will happen to it. But he will like it and ask us for more, with his insistence or with his penetrating gaze and good dog eyes.

If we give our dog one of those Ham bones, with leftover ham, nothing will happen to him either. But if it is a medium or small dog, it is advisable not to let it eat it all the same day. It is much better to ration it over several days, so that you can enjoy them for a few hours, for example.

Related content  The best dog food in the world? 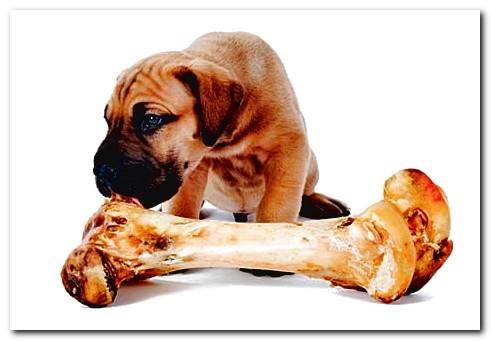 Remember that ham bones are a delight for dogs, but that they are only for them to entertain themselves by nibbling at them to eat the small remains of ham that remain. They even sell them packaged with a long expiration date so that we can give them to them as a prize whenever we want. At a particular level we recommend you store them in the fridge, even if they come packaged (so they keep better). Always supply raw, never cook.

If your puppy is small, remember not to abuse the ham pieces. It could be said that this bone can be repelled by a dog of about 20kg -30kg in a day as an example, without causing harm to the amount of ham.

However, it is not convenient to abuse, since they contain a high amount of salt, they should always be small pieces and on very specific dates. Nothing a little bit every day, because that is harmful.

Can a dog eat York Ham?

York ham, also known as cooked ham, also contains salt, albeit in less quantity than serrano ham. So the answer is yes, yes, we can give our puppy some ham from time to time.

If we buy some ham cooked low in salt, it would be even better. Do not give your dog a lot if it is not in the habit, because excesses always feel bad. It is convenient to give it a little each day, or on the days that you think are convenient but without abusing it.

In many of the dog diets made with totally natural products, known as BARF Diet You can find cooked ham among its many recipes. The flavor of cooked ham is very attractive to dogs, so we can use it as a reward, for example, when we are teaching a trick at home. 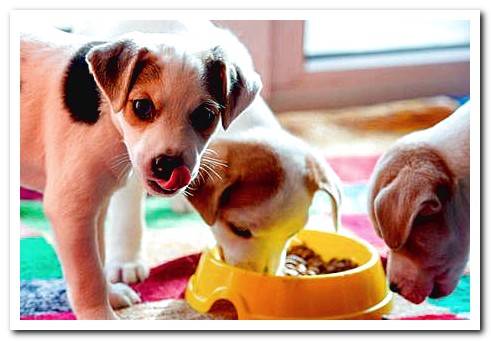 Can a dog eat Turkey Ham?

As with York (pork) ham, turkey ham contains very little salt. So in small quantities if they can eat it. Although it is advisable not to abuse if you have never eaten it, since it could cause a little diarrhea.

A couple of slices a day for a dog of about 15kg is more than enough, without any danger of taking excessive salt or the like. It goes without saying that it is always better to use fresh products, since the sausages (york ham, turkey ham, turkey breast) always contain some additive that is not recommended for the health of any living being.

And remember that eating raw pork ham, that is, meat from the pig’s leg, is not bad for the dog since it has not been treated and does not contain salt, dyes, preservatives or sulphites. Fresh meat is the basis of natural dog food, which has been shown in countless studies, to be the healthiest for any type of dog.

If the ham is turkey and raw, remember to remove the skin before giving it to your dog. The skin of chicken and turkey contains a harmful amount of fat, which causes indigestion in most dogs.

If you liked the article and found it useful, help us keep the web going! : Give “Like” or Share it on social networks 🙂 Thank you!