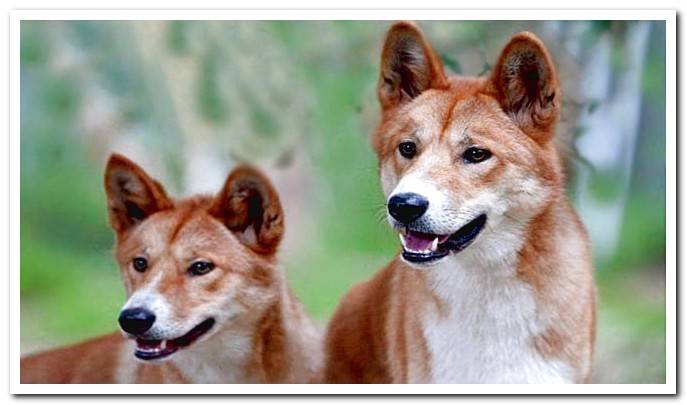 Halfway between the wolf and the dog, the Dingo is characterized as a domesticated direct subspecies of the wolf. He lives comfortably in freedom, but he is also an excellent family companion.

Known as an Australian wild dog, he is characterized by being very intelligent and adapting to family environments, even being affectionate. Do you want to know more about this wolf dog? let’s go there 😉

Is the Dingo a dog or a wolf?

The question of whether the Dingo is actually a dog or a wolf is difficult to answer, still controversial today. The most accepted theory is that it is a very primitive and feral breed of dog, although there are scientists who consider it as a direct descendant of the grey Wolf or Canis lupus .

ANDn Australia ethere are farms where dingoes are raised with the objective of conserve this natural treasure and keep the purity of the breed, although its export to other countries is not allowed.

Although in 1994 Australia recognized Dingo as a dog breed plus, included within the group of hounds, the International Cynological Federation still does not recognize it.

Experience says that a domesticated Dingo can be a partner smart, obedient and even loving, although its wild animal nature can never be completely erased. For example: el Dingo does not bark, but it does howl and it does so very frequently.

It can be very docile if it is in frequent contact with humans, getting to behave exactly like any domestic dog, without showing any aggressive behavior. In some cases it has come to function as an effective sheepdog.

In any case, everything said is valid for a Dingo who has adopted and trained as a puppy. The character of a wild Dingo is completely different and incompatible with living with humans.

The Adult dingo has a height at the withers 50-60 cm and a weight that can range between 25 and 30 kg. Australian specimens are larger than their Southeast Asian relatives. And as with almost all dog breeds, heMales are bigger and weightwo than females.

The body is thin and elongated, very athletic, with a very thick neck and a long hairy tail. It is in the head where they meetTraits that differentiate you from other breeds of dogs: the long, fine muzzle, undoubtedly wolfish in appearance, as well as the length of its incisors and canines.

Its ears are large and pointed, while its eyes have a curious orange-yellow hue. The average life of a Dingo is around 10 years.

The fur of the Dingo is usually yellow in color, presenting various varieties, some more toasted and others more reddish. If it is a purebred specimen, it will also have white markings on the chest, legs and tail tip. Although scarcer, there are also black and completely white dingoes.

His hair, strong and resistant, does not require any special care. 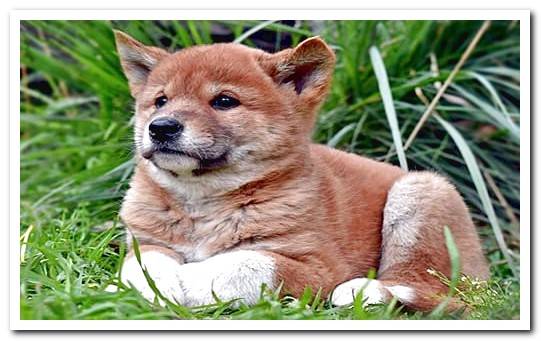 ¿How to educate a Dingo?

When it comes to One perror wild that has only begun to be tamed in times relatively recent, there are manySpecialists who think that it is impossible to train or train this breed of dog with guarantee..

Instead, orother experts show up more optimistic and believe that it is possible, although in any case the process training It should be started before the puppy is over twelve weeks old. TOEven so, there is no guarantee of success. one hundred percent.

What care does a Dingo need?

The only suitable environment for A Dingo is a farm or country house with plenty of room to run. Due to its curious status, halfway between wild and domesticated dogs, it is not necessary to take too much care of its maintenance: a Dingo is always independent and self-sufficient, that is, he knows perfectly how to take care of himself.

ANDIt’s a born predator used to hunting its own food or feeding on carrion. Its diet is eminently carnivorous although the domesticated Dingo of Southeast Asia has adapted to eat fruits, rice and other foods.

SAnd do you think Dingo arrived in Australia about three thousand
years accompanying human groups they settled there and in which it was perfectly integrated. Over time, and for reasons that are ignored, stopped being a domesticated dog to return to its state wild and end up becoming the largest predator on the continent.

In addition to domesticated specimens, in Australian lands there are currently a large population of wild dingoes in the wild, especially in the north of the country. These dingoes They live in small herds and are often a constant nuisance to farmers and ranchers in the region.