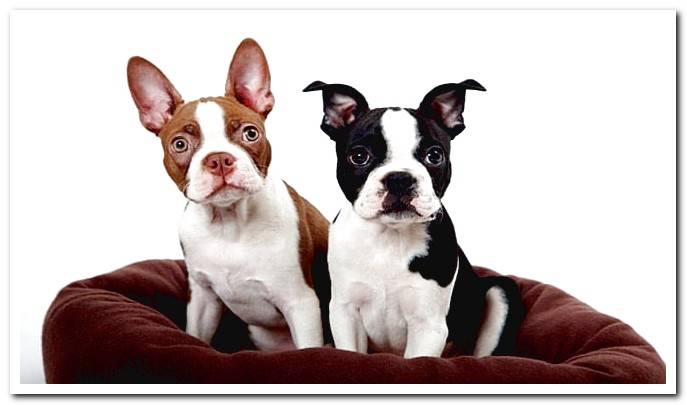 From its appearance about a century and a half ago to today, the Boston Terrier has become one of the most popular dog breeds in the world, and one of the few genuinely North American.

Created from crosses between Bulldogs and terriers of English origin, the Boston Terrier was originally conceived to participate in dogfighting competitions.

However, that violent past has already been forgotten and is currently one of the kindest and most loving dogs in existence. An ideal and affectionate partner.

A bit of history about the breed

The Boston Terrier has a fairly recent and well-documented history. It was created in 1865 in the city of Boston, in the United States, as a result of a cross between bulldog and English terrier specimens.

Although it took several generations of inbreeding, external crossings and hybridizations to reach the breed that we know with the current characteristics, the Boston Terrier was already in the middle of the last century a dog known worldwide.

Its popularity reached such heights that even in 1979 it became the official mascot of the state of Massachusetts, where it originates from. Today Boston Terriers are bred in almost every country in the world. 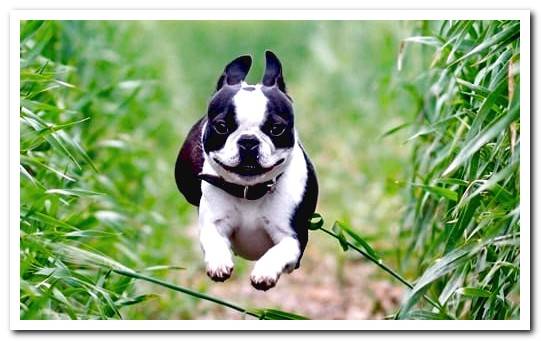 What is the character of the Boston Terrier breed?

The Boston Terrier is a fun, smart and loving dog with a smooth and balanced temperament. On the other hand, they can often be incredibly stubborn, so patience and firmness are two tools that we must always keep in mind when educating them.

Paradoxically, the sharp intelligence of the Boston Terrier can be a negative trait. Often he will try to manipulate us and use his charm to get caresses, prizes or to avoid reproaches for his bad behavior.

But despite everything, this small, happy and affectionate dog is a wonderful companion and an adorable member of the family who enjoys the company of children and does not stop making mischief. Their body expressions are funny and shocking.

The Boston Terrier has been revealed as an excellent companion for the elderly, as well as a dog that adapts to life in a small apartment or flat without any problem. It also tolerates the presence of other dogs without problems, but it needs a lot of attention and company, so it is not advisable leave it alone for long periods of time.

Although small, barely 30 cm in height at the withers and weighing 6 or 7 kg, the body of the Boston Terrier is robust and compact, with a proud presence accentuated by its chest, wide and low-cut, its short tail and muscular legs .

The hair of the Boston terrier is smooth and shiny, very fine in texture, black or brindle, with white spots that can appear on the muzzle, chest, forehead and legs. The coat of the Boston Terrier, whose shape and color resemble that of a tuxedo, has earned him the nickname of American Gentleman.

Its unmistakable ears, which are somewhat reminiscent of those of a bat, rise above the head, while the face is marked by a flat nose and a marked prognathism, that is, the size of the lower jaw is much greater than that of the superior. But above all, it is his large and beautiful separated eyes, which give the Boston Terrier that nice characteristic expression, the most outstanding feature.

It is a clean dog, which barely loses hair and does not usually smell bad. Well cared for and fed, their average life is around 12 years. 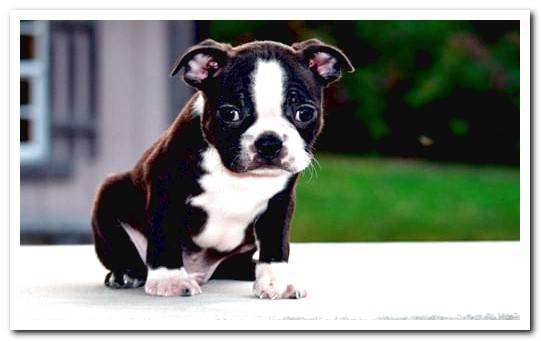 The Boston terrier and his training

The education of a Boston Terrier should be discreet and motivating, resorting to the use of positive techniques such as rewards in the form of food, praise and games. It is a very intelligent dog with a great capacity for learning.

Keep in mind that the Boston Terrier is generally very sensitive to our tone of voice: If we punish him too harshly or with a very strong tone, he can feel very frustrated, looking sad and dejected.

Taking care of the Boston Terrier is relatively straightforward. We only have to worry about brushing and bathing him once a week, using a dry powder shampoo and a damp cloth. This care is important because your skin tends to dry out and flake off quite easily.

You have to be very careful with your large and prominent eyes, and check them from time to time for any possible signs of redness or irritation that may indicate a possible infection, such as the conjunctivitis, very prone in this breed.

Despite being a very lively and playful dog, it does not require long exercise sessions. It feels very comfortable inside the house, so there is no need to take it out for a walk very often, making it a perfect dog for a flat or for houses where there is no garden. In fact, it is not convenient to stay outdoors, as it is very sensitive to cold, heat and temperature changes.

As for food, it can be very gluttonous, so it is important to control your diet and monitor your tendency to be overweight. Unlike other breeds, the Boston Terrier is not a good swimmer and does not defend itself well in the water, so we must be very careful if we go with it to the beach or the pool.