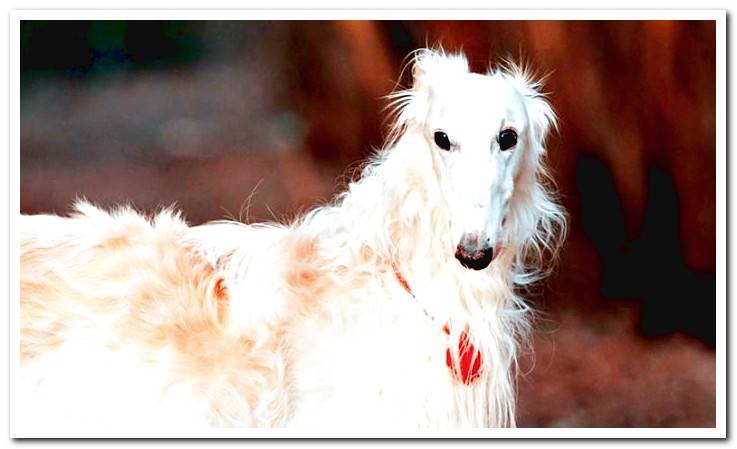 Its natural elegance, its hypnotic face and its ravishing fur make the Russian Borzoi one of the most beautiful breeds that exist. His numerous prizes in beauty contests demonstrate this.

All this, added to a docile temperament and a friendly character, attracted the Russian czars, who chose them as favorites. Do you want to know more about this unique canine variety? Well, let’s go there!

Physical characteristics of the Russian Borzoi

High-waisted and slender, the elongated body of these dogs stands out among the other breeds. They have a long and elegant neck, as well as a slightly curved back that ends in very well muscled hindquarters..

The long, saber-shaped tail is well covered with fur. Its head has harmonic features; protruding oblique eyes and a long rounded snout ending in a black truffle. 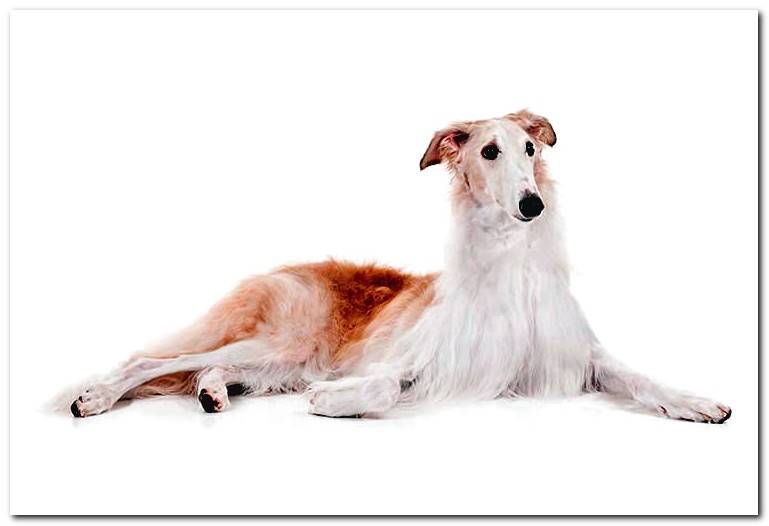 The official standard of the Russian Borzoi

On the move, these dogs must give an image of refinement and agility, both on the run and on the run. Ears should end pointed, lying slightly backwards at rest and raised on alert.

The bite must be scissors, revealing firm, well-aligned jaws; the length of the muzzle must exceed the length of its skull. The chest is better if it is narrow and deep, since those specimens with too large thorax are penalized.

The eyes are preferable to have them dark rather than light and never with a completely rounded shape. The mantle, for its part, cannot have a woolly texture.

How is your character?

Sweet and friendly in excess, the Russian Borzoi are ideal for family life. At home they will behave with calm and discretion. They are very sensitive to the moods of those around them and act accordingly.

Another of their characteristics is that they do not take well to spend a lot of time alone, because they need to feel accompanied and, if you ignore them often, they may suffer from separation anxiety.

The relationship with children has its ups and downs. As puppies they like to share games and pranks, but as adults they will become a bit more reserved and will prefer more relaxed companions.

If you have small children, be calm: they will not show aggressive behaviors, they will just go somewhere else. With other dogs they will build good relationships, as they have been bred to move in packs.

The Russian Borzoi are intelligent as well as independent, which can make them somewhat stubborn when it comes to training. Training them requires an extra effort of patience and love. Do not use harsh methods, as this will affect their marked sensitivity and will make them shy or fearful.

You should also know that they are not good guard dogs, since they do not have a highly developed instinct for protection. In the presence of an intruder, instead of barking or being alert, they will most likely wag their tails and be curious and friendly. 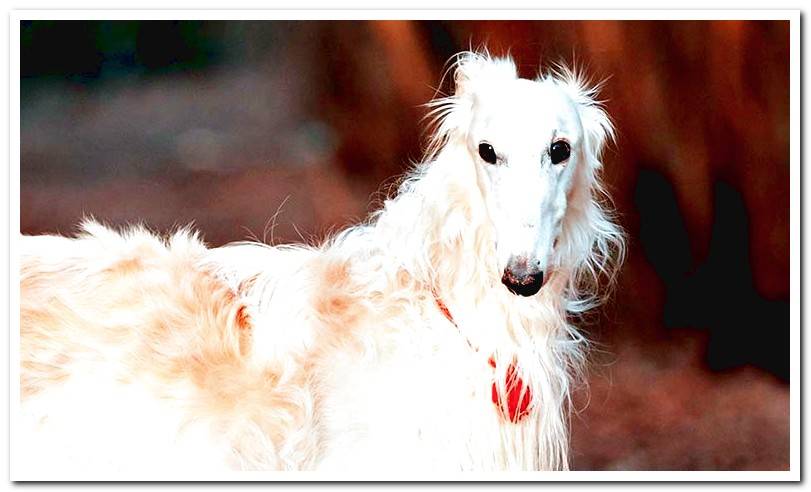 What care does this breed need on a daily basis?

Maintaining the coat of a Russian Borzoi has some complexity. In times of molting you should brush it at least every other day, trying to check that its abundant hair does not tangle in areas of the neck, chest and legs. Bathing once a month is recommended to keep their skin healthy and neat.

These dogs mature slowly. During the growth stage they are very playful and tend to bite everything they see.. This destructive behavior of Russian Borzoi puppies can be moderated, but only disappears in their adult stage.

On the other hand, they are dogs that adapt to living in city apartments, provided they are not excessively small and that their exercise needs are well covered.

For this, it is important that they go for a walk once a day for at least half an hour. During these outings they must always go on a leash, since their hunting instinct is very strong and they will run after small animals such as cats, mice or birds. When they hunt they pay no attention to anything else, which can end in a loss or in an unfortunate run over.

On the other hand, although they appreciate having a playground to play, without a doubt they would rather be inside the house, keeping you company or resting for long hours in your favorite corner of the house. Their double layer of hair makes them resistant to co
ld, but does not prevent them from suffering from heat. Therefore, never leave them in the sun or in the garden for a long time in summer.

These dogs have an iron health, since they are accustomed to the rustic environment of the field and do not have a high incidence of important diseases. However, try to pay attention to the following conditions that could put your well-being at risk:

History of the Russian Borzoi and curious facts

Although it is not known with certainty what variety they descend, breeds such as the Caucasian Shepherd and the Russian Bear Hunter Dog are speculated to be part of their lineage.

What is certain is that the Borzoi were born in a golden cradle, as they were among the favorites of the Russian tsars for several generations.

Her first role was to accompany noble hunting parties on their search for Siberian wolves and gray bears. It was a matter of time before they became excellent life companions to their majesties.

However, this relationship with the privileged classes was detrimental to them, known then as “Russian sealions ” The reason is that at the beginning of the 20th century, during the Bolshevik revolution, they were persecuted, because the race was associated with the excesses of the nobility.

A fortuitous event saved them from extinction, as a litter given to Queen Victoria of England perpetuated the variety. They were officially accepted as a pure breed, already under the name of Russian Borzoi, in 2006.