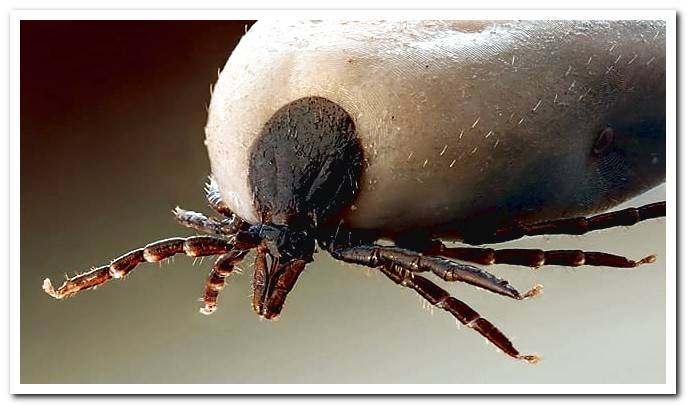 We all know that living with animals carries certain risks if we do not treat them correctly against parasites, such as for example that they acquire fleas or ticks and that these in turn can be transmitted to us humans.

Although it is not always the fault of the dog, walking through the park or the mountains we can also acquire ticks directly and be the ones who spread them to others.

Unfortunately, the diseases that ticks infect dogs and humans are generally serious or very serious, so we must inform ourselves in depth about their symptoms and also how to prevent them.

Ticks are small parasites that attach to a host to feed on their blood, curiously they only feed on humans or warm-blooded animals.

Detecting an adult tick in our dog is very simple, simply We must lay our dog down and calmly do an in-depth review. We must remove the hair from his body in search of ticks.

Ticks generally prefer areas such as the ears (both inside and outside), the face, the groin, the neck, between the toes or the armpits. Although it is advisable to check all parts of the dog for safety.

The problem is that the larvae or nymph ticks are very complex to detect due to their small size, so it is possible that we will see them despite the review.

In humans it is easier since we have much less hair than our dogs, in addition, they will generally produce pain or itching due to the bite to adhere. However, it never hurts to put ourselves in front of a mirror and review ourselves completely. 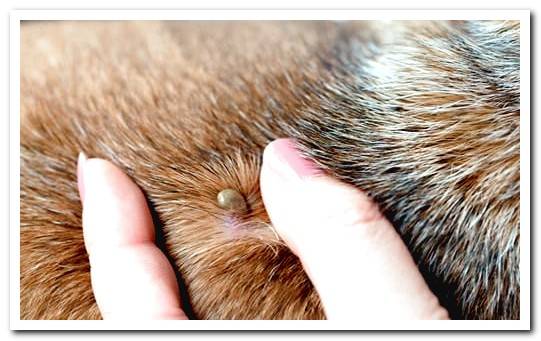 How is a dog infected with ticks?

Dogs are the main victims of ticks, because they feel very comfortable and protected among their abundant fur. Perhaps our dog does not have ticks, but when playing with a dog that does, it can be infected.

Even just walking on the street, in the park or in the mountains can get infected with ticks (just like us). Since a single tick can lay four thousand eggs and its larvae eagerly await a host to stay.

Ticks mainly abound in warm areas or warm seasons such as spring and summer, in areas where there are livestock or where a large number of animals live, including dogs.

A tick can be waiting on a tree branch, on a leaf or in a blade of grass for a mammal to pass to adhere to it, so getting infected is actually very simple, much more than you can imagine.

Unfortunately, tick-borne diseases are serious, although this does not mean that all ticks necessarily infect diseases, but a large number of them.

If we appreciate any of these symptoms in our dog, we must take him to the emergency vet, since in addition to having to remove the tick, we will have to give him medical treatment.

If a tick bites a dog with Ehrlichiosis It will spread, and if you later jump on another dog and itch, it will surely spread Ehrlichia disease.

This disease spread by a tick bite destroys the dog’s white blood cells and / or platelets, even causing death if not treated in time.

Its symptoms are weakness, loss of appetite, tiredness, lethargy, anemia. Complexes to appreciate at first sight.

It is a complex disease since it is not very common, so it is not usually investigated, however is the cause of a large number of dog kills.

Ticks can spread the bacteria Borrelia burgdorferi It will attack the entire nervous system of the dog and also affect its joints. Moving on to the organs.

The main symptoms are fever, arthritis, poor appetite, and even anorexia.

Babesiasis is a parasitic disease similar to malaria caused by protozoa of the genus Babesia (according to Wikipedia) that is transmitted through the bite of a carrier tick. Piroplasmosis is also a tick-borne disease very similar to Babesiasis.

This sickness It is not so serious if it is treated in time, since there are great veterinary advances that can cure it, however it is possible that although the dog is cured, it will always remain as a carrier.

Its main symptoms are fever, anorexy, inappetence and / or lethargy.

Ticks can transmit countless diseases, but their saliva also has neurotoxic effects capable of blocking neuromuscular transmission in our dog.

This means that even though a tick is not infected with a disease, can also kill our dog.

If this is the case, the main symptoms are lack of coordination, lameness, vomiting, respiratory problems, loss of appetite, etc …

These are the most common diseases suffered by dogs that have been bitten or bitten by a tick. However, for humans the list is much larger. 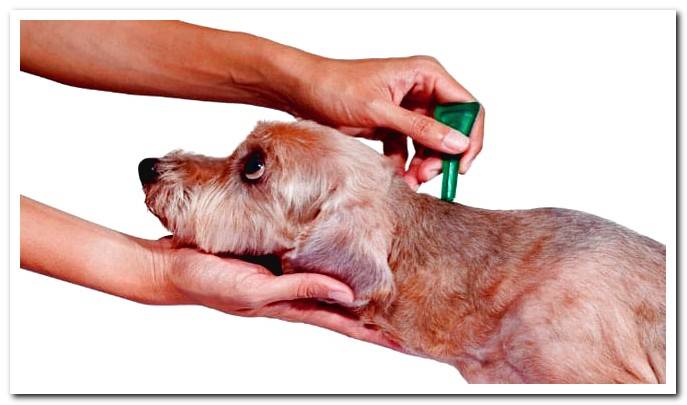 How to remove and prevent ticks

The best way to avoid suffering from diseases caused by ticks is prevention, especially with our dog since it will be the first objective of any tick looking for a host.

We must strengthen the hygiene of our dog, brushing his hair several times a week and performing eye examinations at least once a week.

further we must use antiparasites, very effective against fleas and ticks, like those that we can find in veterinary clinics. We recommend chewable tablets as they are very easy to use and effective.

If we live in a rural environment or in livestock areas, in addition to chewable tablets we recommend reinforcing prevention with antiparasitic collars and even pipettes.

If we find a tick in our dog, we can remove it by following these instructions: How to remove a tick from a dog.