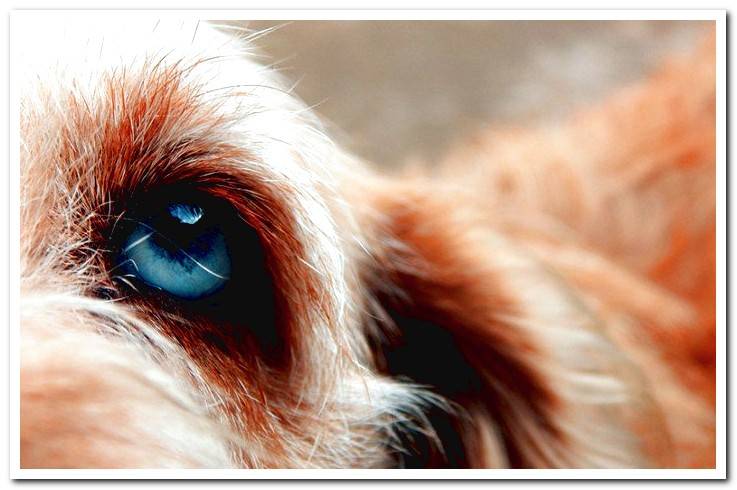 Also known as progressive retinal atrophy, or PRA, this eye disease affects the retina of both eyes. The retina is the part of the eye that is responsible for capturing images and sending them to the brain.

Any injury to it will affect the dog’s normal vision. There are different manifestations of this atrophy. Unfortunately, it is an incurable pathology. In more or less time, the dog will lose his vision. Do you want to know all the details about this pathology?

What is progressive retinal atrophy?

Progressive retinal atrophy it is a disease in which there is a destruction of the cells of the retina of both eyes. This process results in blindness, since the images captured by the eye will not be able to reach the brain.

Which dogs have progressive retinal atrophy?

This condition has been described in numerous breeds. As a curiosity, the first was the Gordon Setter in 1911. It is considered a hereditary disease that is transmitted through an autosomal recessive gene.

This means that, in order for the pathology to be transmitted from parents to children, both parents must present copies of the damaged gene. There may be asymptomatic carriers. 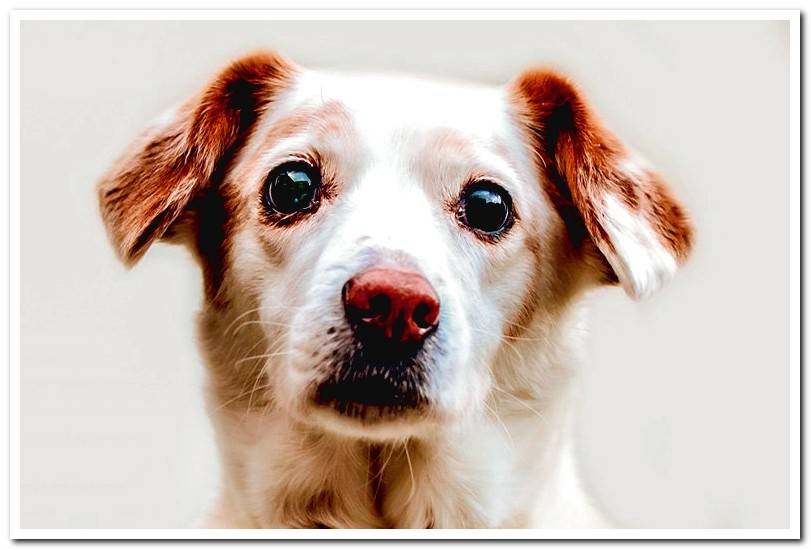 How do I know if my dog ​​has progressive retinal atrophy? Symptoms

The first indicative symptom of this disease is loss of night vision. We will notice it because the dog does not walk safely if we take him for a walk when it is already dark or it has not yet dawned.

In addition, if you are in a dark room, we can notice that you do not dare to go down or up on sofas or beds or you come across the furniture. The disease will continue to progress, so that we will notice more and more difficulties related to vision loss. Changes in behavior will occur due to this lack.

For example, it is common for the dog not to get down stairs. In any case, they are signs that can go unnoticed for a considerable time, until blindness is already well advanced and it becomes evident that the dog has stopped seeing. We can notice the dilated pupils, since they do not react to light. Cataracts sometimes develop.

In this case, affected dogs they will lose night vision throughout their first year of life. Instead, they manage to have correct vision during the day for a year or more. This disease affects more races like the Akita, the Miniature Schnauzer, the Dachshund or the Gordon Setter.

Unlike the previous type, In this atrophy, damage to vision occurs during the first year of life and progresses rapidly.. In a matter of months, the blindness is already complete. Among the affected breeds, the Collie, the Irish Setter or the Welsh corgi cardigan stand out.

This pathology It occurs in dogs over two years of age, which end completely blind before turning four. Breeds affected by this type of atrophy include the Afghan Greyhound, Border Collie, Cocker Spaniel, or Labrador Retriever.

It is a presentation of atrophy most common in females between the ages of six and fourteen. The progression of atrophy is so rapid that vision is completely lost within hours or at most days. In this case, the origin of this disease is unknown.

This pathology, known as CPRA, is less frequent than PRA. Appears in older dogs. The cells in the center of the retina are affected, hence its name. It is more common in breeds such as the Golden retriever, the Border collie or the Short-haired Collie. The area that is damaged in this atrophy is the one that provides the dog with better vision.

This has the consequence that still objects and under intense light cannot be seen. On the other hand, the dog does distinguish those in movement because they are those that are perceived with the most peripheral region of the retina. Of course, as the disease progresses, vision worsens. But it is difficult for total blindness to occur.

What is the treatment for progressive retinal atrophy?

Unfortunately, there is no treatment for this pathology. But it is important that, with the slightest suspicion of atrophy, we go to the vet ophthalmologist. This will study the retina to confirm the disease. Specific tests such as ocular ultrasound or electroretinography are often necessary.

Hence the importance of contacting a professional. It is possible that this prescribes us a treatment to slow down the progression of the disease. Sometimes it is necessary to operate the cataracts that appear, although the intervention will not have an influence on blindness.

Dogs usually adapt to loss of vision and it is we who must make an effort to facilitate coexistence. As a preventive measure, you should not breed with dogs that have the disease or have a high risk of carrying it. In pedigree dogs these data should be recor
ded and available.