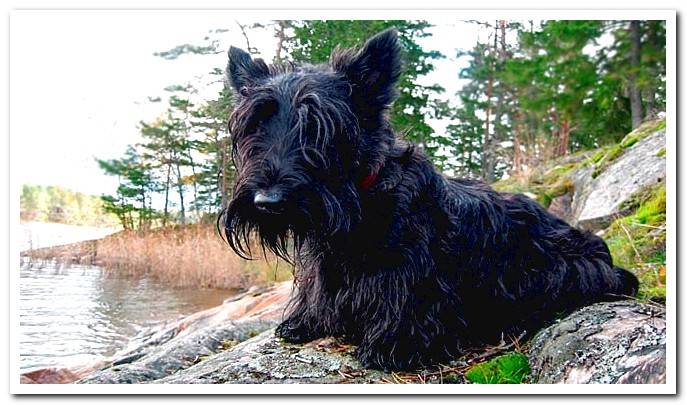 Within the fascinating world of Terrier dogs we find this small but brave specimen, characterized by its small size and its elegant and long beard.

The Scottish terrier also known as Scottie, comes from the Scottish lands where it was once used as a hunting dog for small animals, as foxes and rabbits.

Although today it is fully adapted as a companion dog, both for indoor and outdoor life, in the country or in the city. From Dogsis we want to show you all its qualities.

You may also be interested in another member of his family: Westie dog.

If the Scottish terrier breed stands out for something, it is because of its character, since it is an independent dog and not very social with other dogs, which if it exceeds its size, it will even try to attack.

Although this does not mean that it is an aggressive or dangerous dog, it is simply not good at making friends when it comes to other animals. His hunting instinct overcomes him and that is why he tends to attack them.

The Scottish terrier is not an excessively loving or playful dog, although with its owner it will always have close ties and will dedicate games and pampering to it.

It is not a breed for a family environment where there are children who want to play or for cuddly people who want constant contact with their dog, due to its little social and independent character.

However, it is a brave and tenacious dog, which is not intimidated despite its small size. He is obedient although somewhat stubborn, he may sometimes ignore us, but he will always know how to respect the rules.

His behavior is calm and somewhat haphazard at times, especially when he is a puppy, since one of his hobbies is digging whenever he has a garden at his disposal. It is undoubtedly an exceptional breed of dog, but very particular. 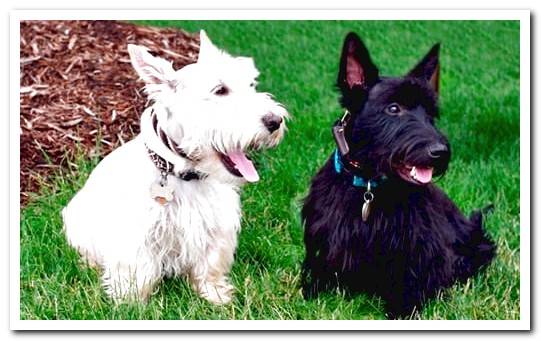 It is a breed of small size that barely exceeds thirty centimeters in height at the withers and rarely exceeds eleven kilos, the females show a smaller size and weight.

His body is straight and elongated, very muscular although his large coat of hair does not allow us to see it clearly. Its legs are very short in proportion to its body, which gives it a loving and stately appearance, something funny even.

Its head is strong, although not excessively large, with always upright ears and an elongated snout that carries a long mustache or beard. Its tail is medium in size, thick at the base and finer at the tip, usually keeping it high.

The fur of the Scottish terrier is very dense, it has a coat of short and soft hair and another of long and thick hair, with a rough texture. The color of its hair is black and sometimes wheat brown, although specimens of white Scottish terriers have also been seen, probably albinos.

Due to its strict breeding selection during the breed process, where the strongest specimens were always used, the Scottie is a very resistant and agile dog, despite its small appearance.

Due to its abundant coat of hair it is highly recommended to brush it daily with a specific brush for thick-haired dogs, in this way we will eliminate dead hair keeping our Scottish terrier clean and dewormed.

It will also be necessary to go to the dog groomer at least a couple of times a year, since the hair grows a lot and will end up dragging it on the floor, with the lack of hygiene that this implies.

It is not a breed that usually presents health problems, rather the opposite, the health of the Scottish terrier is strong and enviable, it will rarely give us problems if we keep it vaccinated and without parasites.

This breed does not need intense exercise but if one or two long walks a day, in order to spend its excess energy and vent, in this way it will stay balanced.

It is highly recommended to play with him at home, with the ball or a toy to enhance emotional ties and while you’re at it, tire him out a bit while having fun.

This breed is usually quite barking, so it is recommended to educate it so that it does not bark excessively, especially if we have neighbors: How to teach our dog not to bark.

Due to its size, we must feed it with a special feed for small breed dogs. If possible, it contains a high quantity of meat proteins and few cereals.

The Scottie is a dog that tends to gain weight if it is not exercised or is poorly fed, so we must avoid a diet with a high level of fats or cereals.

It is important to start with the education of our Scottish terrier as a puppy, since he can be a little stubborn when he is an adult. The ideal is to start with basic exercises such as going to the call or sitting, so that you learn them well from a young age.

You can learn more about these types of exercises from our education section or from this training post: How to Teach a Dog to Come When We Call Him.

The issue of socialization is a bit complex with this breed, since they are very independent and sometimes aggressive dogs with other dogs. We recommend always socializing it under surveillance, to avoid scares.

Origins of the breed

It is a dog of Scottish origin that was bred and selected as a hunting dog, to find and catch small prey such as hares, rabbits and even foxes, vermin in general.

During the past century, it was a breed that was highly sought after by hunters and the noble class, although over the years it has been losing its grip. Until today, where it has become one more example of a companion dog.

Due precisely to its origins as a hunting dog and to the fact that the most independent and resistant specimens were selected, this breed has always had the same independent and discreet character, little friend of strangers.

Video and photos of the Scottish terrier

We hope you enjoy this video where you can see an adult Scottish terrier dog playing with a Scottish terrier puppy, and also, you will see him barking live, one of the things he likes to do the most.

These are the most tender and fun photos of this small but adorable breed, enjoy these Scottish terrier images as much as we have enjoyed them. Funny and endearing puppies plus photos from when they are ad
ults. 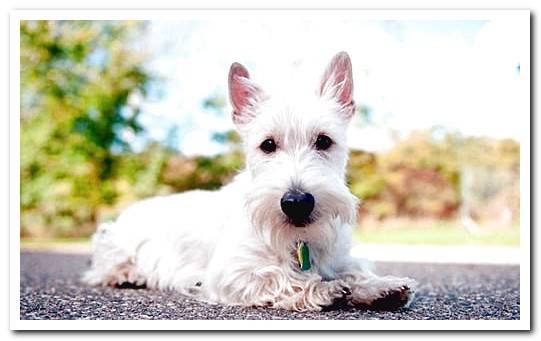 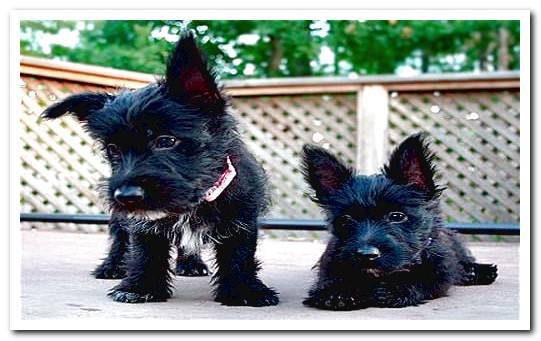 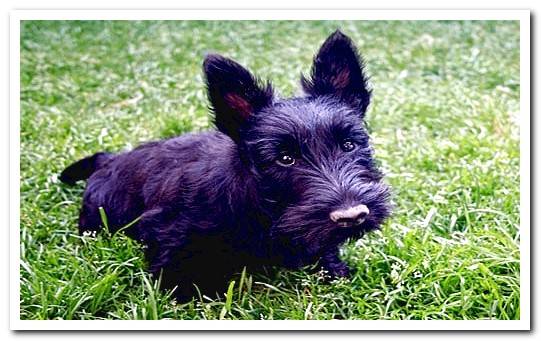 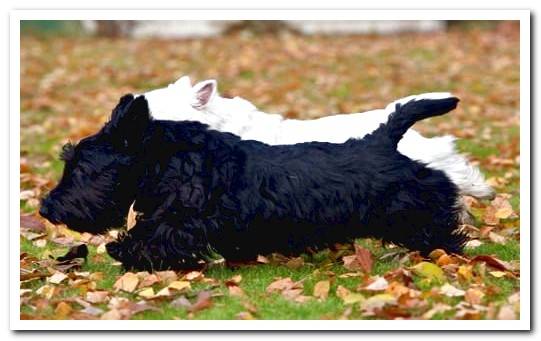 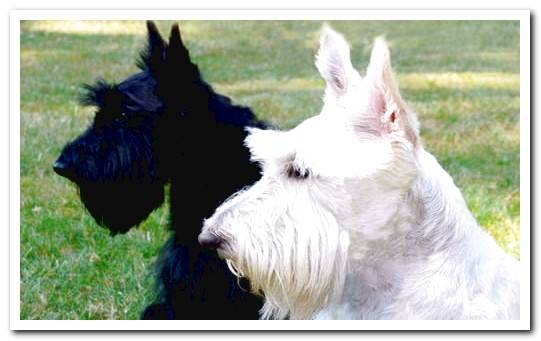