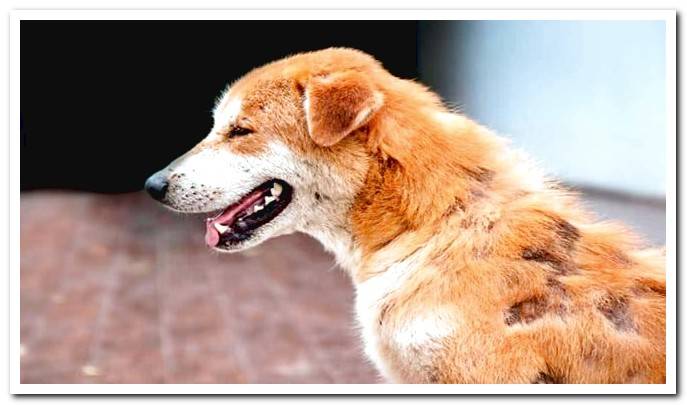 Although ringworm in dogs tends to be thought of as being caused by a worm, in reality the cause of this infection is always a fungus. Ringworm is present throughout the world and affects all kinds of animals, including humans.

In this Dogsis article we will discover what exactly this infection consists of, how it is spread and what its main symptoms are, so that we can distinguish them and take action as soon as possible.

We will also talk about how ringworm is diagnosed in dogs and the most common treatments that specialists recommend to end it, thus preventing the fungus from spreading to other family members. Ready to get into the matter? Well, let’s go there.

What is canine ringworm?

Ringworm in Dogs It is a fungal disease, that is, it is caused by fungi. It is a highly contagious infection and can be transmitted from dog to human or from dog to other dogs or animals.

In our furry friends, the most common ringworm is the one that causes the fungus Microsporum canis, as well as Microsprum gypseum and Trichophyton mentagrophytes.

These organisms live and reproduce on the skin and in the hair follicles, which is where hair grows. The dogs most vulnerable to ringworm are puppies, those that are older and those that have a weak immune system due to illness.

How is Ringworm spread to dogs and humans?

Ringworm in Dogs it is transmitted by direct contact with the fungus. In this way, if the dog touches an object or is related to an infected animal or person, it can become infected.

The spread is done through the ringworm fungus spores, which are normally present in falling hairs and can be on the couch, in a comb, in a food container, or on clothes for 18 months.

Therefore, it is important to take all possible precautions to prevent it from spreading. The human being can also be infected by Microsporum canis, being babies, the elderly and people with health problems, those who are at higher risk.

Five symptoms of ringworm in dogs

Ringworm in dogs is not fatal, but it is very contagious. Therefore, it is important to know the symptoms of this condition well so that, if detected, a veterinaryn can put the dog in treatment immediately.

In this way we will prevent other dogs or people from being affected. The five most common symptoms of ringworm in dogs are:

In fact, these lesions or areas are one of the most obvious signs of ringworm in dogs. They usually start to heal from the center, and sometimes when they become inflamed, scabs appear. Contrary to popular belief, ringworm does not itch.

If your dog shows these signs, do not hesitate and take it to the vet to check it and can confirm if it is ringworm or other fungal conditions or in the dog’s skin, which may be related to lack of nutrients, allergies , with canine hypothyroidism or with Cushing’s syndrome. 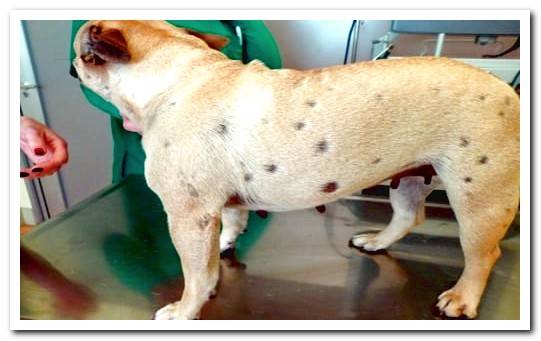 Diagnosis and treatment of ringworm in dogs

When we take the dog to the vet, the professional will examine the lesions and will be able to take samples from the circular areas to make a diagnosis. You can also carry out a specific cultivation, which is the most effective method of solving doubts.

If ringworm is confirmed in the dog, the specialist must decide which treatment is the most recommended, taking into account the severity of the infection and its state of health.

If it is not very severe, the vet will most likely recommend using a special cream, ointment, or shampoo to control and treat ringworm in the dog.. This therapy can last for several months until the condition disappears completely. To facilitate this process it is usually advisable to shave the dog until it is recovered.

If a more effective treatment for ringworm in dogs is needed, the above can be combined with oral anti-fungal medications. If the dog lives with others, it does not hurt to take them also to the vet for a review.

And remember: it is very important that you disinfect the entire environment of your furry partner well and continue with the ringworm treatment until the end, even if the signs on the dog have “disappeared”. In this way, the chances that this fungal infection may reappear when we thought we had won the battle will be reduced.