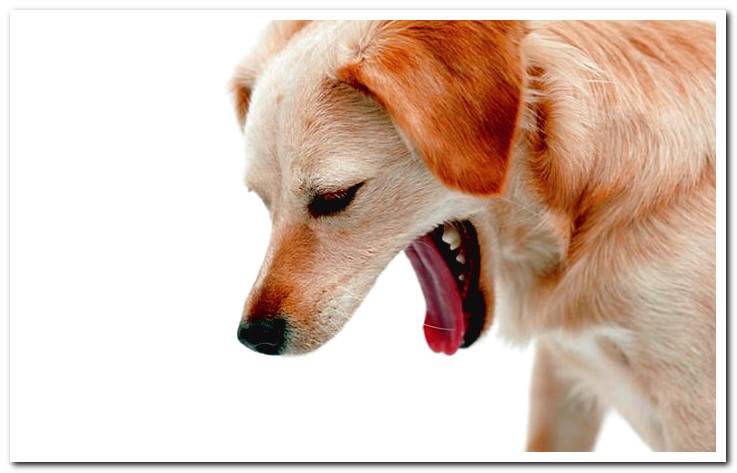 Acid or gastroesophageal reflux is a digestive condition characterized by the passage of stomach or intestinal flows into the dog’s esophagus. These substances are irritating to the esophageal mucosa and cause injuries that can be very painful if not treated in time.

Gastroesophageal reflux is common in dogs, and although it can occur at any age, young dogs are at increased risk for it. The symptoms are variable depending on how damaged the esophagus is, but in general, dogs tend to have discomfort when swallowing and can even stop eating and drinking.

What is canine gastroesophageal reflux?

Canine gastroesophageal reflux is a digestive condition characterized by the reverse flow of fluid from the stomach or intestine into the esophagus (tube that connects the mouth to the stomach).

These fluids (stomach gastric acid, pepsin, trypsin, bile salts, and bicarbonate) cause irritation and damage to the lining of the esophagus. This finally triggers an inflammatory process of the esophagus or esophagitis, which can go from mild to cause ulcers that affect deeper layers of the esophagus (submucosa and muscle), becoming a very painful process.

Although the incidence of this pathology is unknown, it is possibly more common than clinically recognized. It can occur at any age, but young dogs are at higher risk, because their gastroesophageal sphincter is still immature. 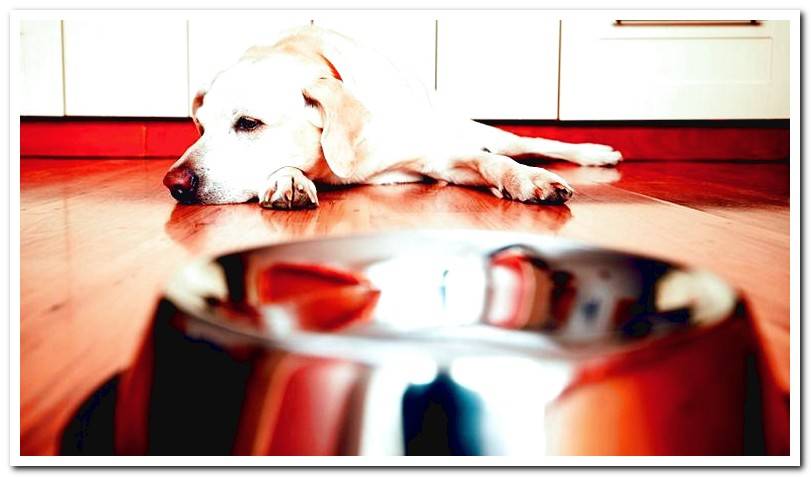 Canine gastroesophageal reflux can occur if it occurs a transient relaxation of the gastroesophageal sphincter (muscle opening at the base of the esophagus that acts as a door of communication with the stomach) or if the dog vomits relatively frequently (chronic vomiting).

One of the situations in which this reflux can occur is when giving an anesthetic, since the opening between the stomach and the esophagus (gastroesophageal sphincter) relaxes. If the animal during anesthesia is positioned incorrectly or if a fast prior to anesthesia has not been followed correctly, the appearance of gastroesophageal reflux may be favored.

Another condition that can increase the risk of gastroesophageal reflux is that the dog have a hiatus hernia.

The symptoms that we are going to observe in a dog with gastroesophageal reflux are due to the associated esophagitis (inflammation or damage of the esophagus).

The main signs that we can observe in dogs with reflux are: 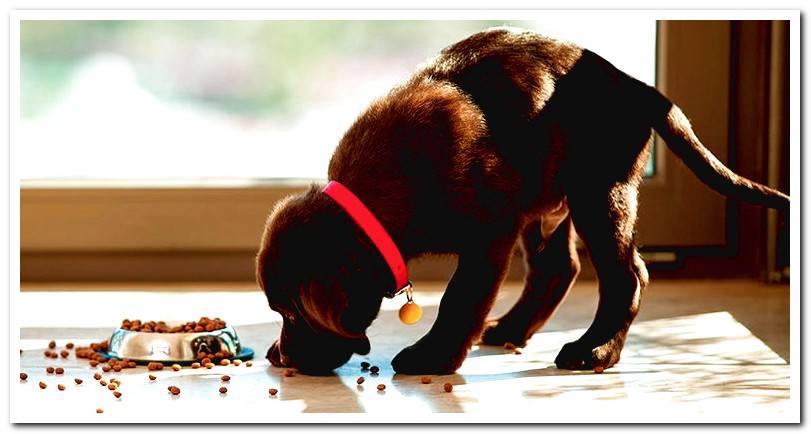 How is gastroesophageal reflux diagnosed?

The best means of diagnosing canine gastroesophageal reflux is endoscopy and biopsy. Using a camera that is inserted through the mouth with the sedated dog, the vet can evaluate the appearance of the lining of the esophagus and take a sample of the tissue for analysis. Affected dogs may have irregular, reddened, or actively bleeding esophageal mucosa.

This is the most effective way to determine if changes in the lining of the esophagus correspond to gastroesophageal reflux esophagitis.

Dogs with gastroesophageal reflux are usually treated at home; only those who have a pronounced reflux will require veterinary admission, since food must be suspended for a couple of days and nutrition must be parenteral (intravenously).

The general treatment it consists of a change of diet to a low fat and low protein diet, which must be supplied in small doses on a frequent basis so as not to overload the stomach. Fat in the diet is negative because it reduces the pressure of the gastroesophageal sphincter and slows down the passage of food from the stomach to the intestine, and the protein stimulates gastric acid secretion, being an unwanted factor for this condition.

To dietary treatment, a series of medications are usually incorporated that accelerate the emptying of the stomach (prokinetics such as cisaprisa), agents that reduce gastric acid secretion (such as ranitidine) and mucosal protectors such as sucralfate.

Dogs tend to respond well to this type of treatment and the evolution is generally favorable and it is not necessary to do follow-up endoscopies. As a precaution, owners should avoid giving the dog high-fat foods, as they could exacerbate gastroesophageal reflux.