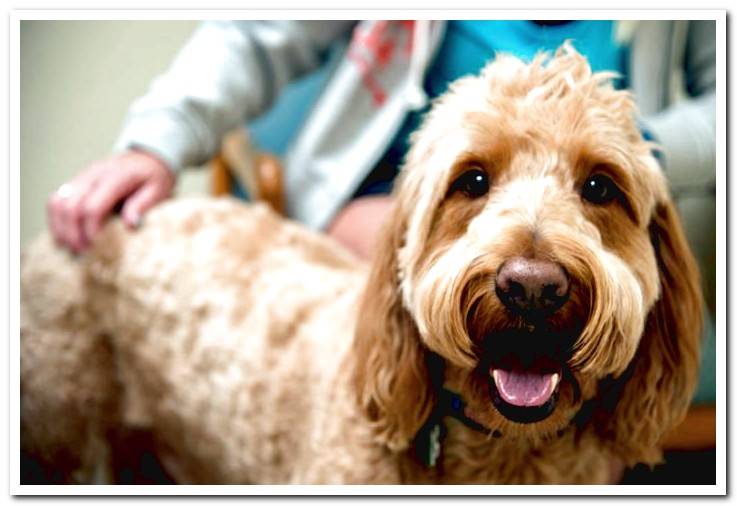 Aujeszky’s disease in dogs, also known as pseudorabies, is a pathology of viral origin that affects the central nervous system. It is deadly and there is still no treatment or vaccine against it.

Despite the fact that their name can cause confusion regarding another serious disease such as rabies, the truth is that, beyond mortality, they have nothing in common and it is easy and important to distinguish them.

What is Aujeszky’s disease or pseudorabies?

This Viral and fatal pathology is characterized by an acute attack on the central nervous system, which has fatal consequences. Affected dogs die quickly and inevitably. Luckily, it is a very rare disease. It is caused by a herpes virus that is more common in pigs and boars.

It is known by the name of swine herpesvirus type I. Also called pseudorarabia, confusion can occur between this disease and rabies, although They have nothing to do with it. There is no relationship between the two, but it is true that Aujeszky’s disease could be confused with what is known as the furious form of rabies.

Who gets infected with the Aujeszky’s disease virus?

This disease affects different mammals among which are the most popular among the domestic ones, spread to thousands of homes, that is, dogs and the cats. Livestock can also be affected. The herpes virus that triggers it preferably infects pigs. In fact, it is considered characteristic of pigs.

Although it is also known by the name of pseudo-rabies, unlike rabies, it is not a problem for human beings. Aujeszky’s disease is not a zoonosis. Therefore, people cannot get it even if we have been in contact with a sick dog.

How does Aujeszky’s disease attack?

The common form of transmission is considered to be that which occurs when a dog ingests raw meat from a pig or wild boar that was infested with the herpes virus causing it.

The wild boar is considered the main wild reservoir of the disease. Close contact with these animals can also result in contagion, since it is a highly contagious virus.

Therefore, dogs living in rural areas near pig farms and those involved in wild boar hunting have a higher risk of contracting it. According to the available scientific data, there is currently no evidence that Aujeszky’s disease can be transmitted from one dog to another.

The effect of the herpesvirus that triggers Aujeszky’s disease begins after an incubation period that ranges from three to five days. The first symptoms that can be seen in the dog are restlessness and depression. Some specimens will be very nervous. Others, on the other hand, will be downcast.

Almost immediately occurs another prominent and characteristic sign of Aujeszky, which is an itching of great intensity. It is so annoying that the dog will scratch itself violently and bite itself in a desperate attempt to relieve it. It can become self-mutilating. The itching is more intense in the head and the upper part of the front legs.

It is also common for the dog to drool excessively. It gives the sensation of having a foreign body lodged in the throat. Also, another symptom is instability when walking. The dog begins to stagger, has breathing difficulties and disturbance of the heart rhythm. Finally, he collapses and falls into a coma, passing away in just a few hours.

How is Aujeszky’s disease different from rabies?

Some of the symptoms that we have described as characteristic of Aujeszky’s disease, as well as the name of pseudorarabia, may evoke the dreaded rabies itself. But there are some details that allow us to distinguish both pathologies for sure:

Unfortunately, today there is no treatment available to cure Aujeszky’s disease. There is also no vaccine that can prevent its appearance. Symptoms can be treated but the end result will inevitably be death.

As the herpesvirus causing Aujeszky’s disease is located in pigs or wild boars and the transmission by meat intake or close relationship occurs, the main preventive measure is to avoid contact between these species.

We cannot allow our dog to roam uncontrollably and get close to places where pigs are housed, whether they are farms or open spaces. On the other hand, in our home we will have to watch the food that we provide. We can never give you raw pork or wild boar meat.