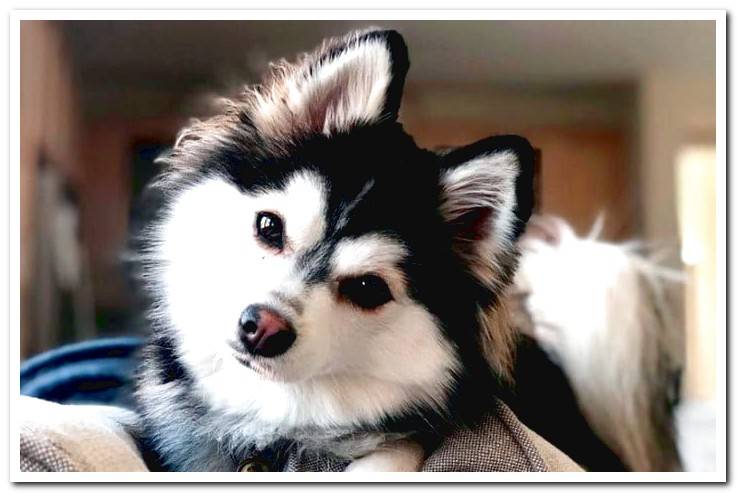 If you thought that everything was inventing when it comes to dog breeds, you will be surprised to know that there is a new crossing that is causing a furor in its country of origin. The Pomsky is a dog obtained from the crossing of a Siberian Husky and a Pomeranian, hence many people know him as a Siberian Pomsky.

The new breed of Pomsky dog not yet admitted by any official canine body This means that for legal purposes at the moment it is not considered a breed, but a crossbreed like any other mixed breed dog. However, this type of dog has very peculiar characteristics that make it highly demanded.

We will explain all the details about the Pomsky breed, its characteristics, its necessary care, character and of course we will also comment on where you can buy a Pomsky puppy.

Origin of the Pomsky breed

The Pomsky is originally from the United States, where by accident, carelessness or simply by making test crosses he came across this beautiful specimen. It is not known for sure who managed to make this crossing for the first time Nor what were his intentions, but without a doubt the result was surprising.

Being a relatively new breed, there is no stable breeding line so there are actually several types of Pomsky dog, with different sizes and characteristics. The most valued specimens of Pomsky are those of small size and appearance similar to a Husky in miniature.

However, the mixture of both gives us the result of a medium-sized dog, with fluffy fur and a happy and friendly character, what we know as a Pomsky dog.

Because it is not a breed with years of breeding work behind it, there are many types of Pomsky. That is to say, there are no physical parameters that determine the weight, height and marked characters of this breed, such as, for example, the Siberian Husky or Pomeranian with its parents.

However, there is a common stereotype that is most demanded by those who want to buy a Pomsky dog. To meet the requirements or standards of this new breed, the Pomsky must be medium-small in size, being the copies of small size the most valued.

Posmky puppies are very much like a small stuffed animal, they are small and rounded in appearance, covered by a large layer of very fluffy fur. The color of the hair is usually very similar to that of the Siberian Husky although not as long.

An adult Pomsky dog ​​can weigh between ten and fifteen kilos in weight, so when it is an adult its size is still medium – small. The largest specimens are not as valued / demanded as the smaller ones.

However it is very difficult to know what an adult Pomsky puppy will be like, since there are no features that determine whether it will be medium or large. Some specimens genetically inherit the size of the Husky and end up being large dogs.

The color of a Pomsky’s eyes is variable, with blue being the most desired and dark brown the most common. The color of their hair also varies depending on the traits of the parent, from lighter (white, gray) to darker (brown, even black).

Pomsky dog ​​puppies are real cuddly toys, cheerful and very active, sociable and playful. At general levels and with some exceptions, they love to be and play with children, with whom they share endless moments of games.

The character of a Pomsky is very good in every way, however, as we all know, it is necessary to educate them correctly since they are little, so that the coexistence between your dog and you is adequate. You can get more detailed information on how to educate a Pomsky dog ​​here :

Adult Pomsky dogs are just as sociable and loving as puppies, provided they have obviously been well behaved. The difference between a Pomsky puppy and an adult is that adults need more physical activity. Going out to exercise with our dog or taking long walks is essential so that it spends all its excess energy on a daily basis.

In short and at general levels, as long as the dog is well educated and socialized, the Pomsky are an active, happy, playful and cuddly breed. Everything a person can or should expect from their puppy. 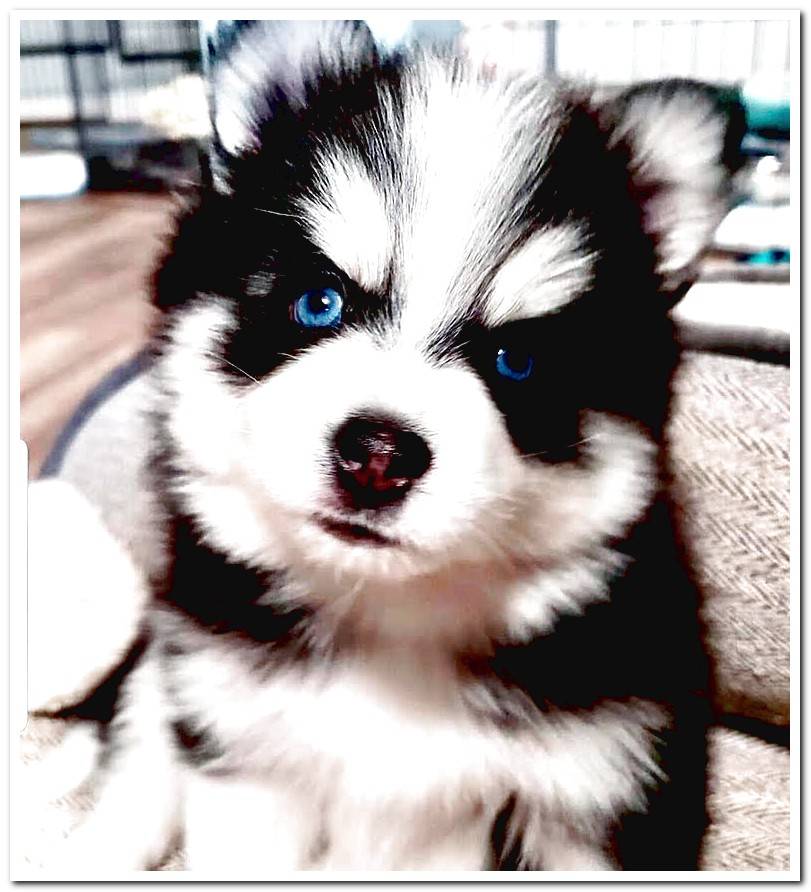 Broadly speaking, the care is more or less similar to that of any other dog of its size, with some small peculiarities that we will mention so that you always keep them in mind.

As you can see there is not much difference compared to other dog breeds, when it comes to care. We just have to take special care with your hair, brush it often, and not skip any vet checks.

How is an adult Pomsky dog?

This breed of dog does not grow much in size, or at least not the most requested specimens. The adult Pomsky ca
n weigh around fifteen kilos, its size is small, pulling medium and his physical appearance is very similar to that of a Siberian Husky.

Many Pomsky dogs acquire the beautiful blue eyes of the Husky, making them aesthetically beautiful. Their rounded facets even as adults continue to give them a very similar resemblance to a stuffed animal.

Well educated, they are very healthy, energetic and full of vitality and joy dogs. They are not aggressive or territorial dogs, although if they are badly educated they can develop those bad habits.

This breed of dog is ideal as a roommate, they adapt perfectly to not very large environments. Although if we have a garden where they can play and run, they will be the happiest dogs in the world.

The size of a Pomsky is variable, if it has gone out more pulling towards the Husky it can be large, while if it has gone out more to the Pomerania it will be a smaller dog. The ideal or the most valued is that the mixture between the genes of the father and the mother comes out in equal parts, giving rise to a medium-sized Pomsky, maximum fifteen kilos in adulthood.

Where to buy a Pomsky dog?

If the Pomsky breed is the one you want to have and you can’t find it in protectors, you may have no choice but to buy a Pomsky puppy from a breeder. In the United States it is very easy to buy this breed of dog, like in Mexico that thanks to its proximity to the USA has imported this new breed to their country quickly.

However, buying a Pomsky in Spain is more complicated and on many occasions they try to give cat for a hare, that is, cheat with unstabilized crosses of this breed. Pomsky puppy price may be around between four hundred and six hundred euros.

You have to be very cautious when buying a Pomsky because its price is very high and they can sell you a Husky and Pomeranian cross without stabilizing, which can lead to a dog that does not look at all like an authentic Pomsky. If you need advice on where to buy this type of dog, send us a message.

It is a relatively new breed created in the USA, not very widespread in Spain, so finding good specimens is quite complicated and expensive, economically speaking.

The Pomsky is nothing more than a cross between breeds, making him a mixed breed dog like any other. However its physical, psychological and size characteristics make it very attractive as a dog.

It requires certain care given its immense fur, very populated. In addition to the basic care that any other dog requires, such as quality food and routine medical care (check-ups and vaccinations).

Buying a Pomsky is not easy in countries like Spain, although it is not impossible either. However in Mexico or the USA it is quite simple, since it originated there. Remember that a dog is not his breed, but the dog itself. Before buying, adopt.