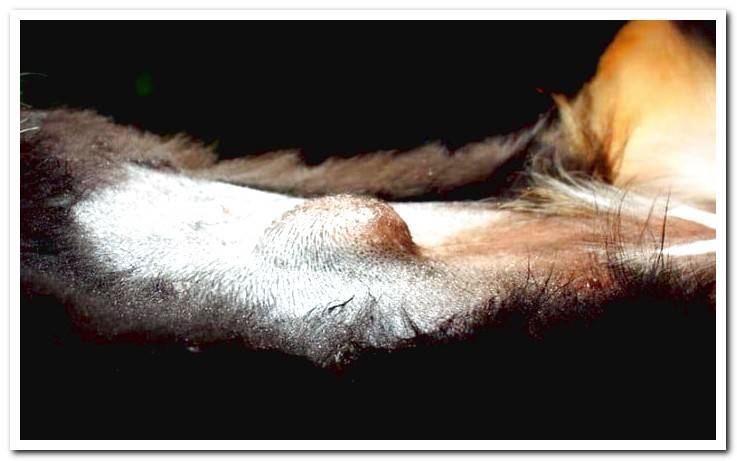 It is relatively frequent that both male and female puppies present a lump in the belly, in the navel area. In most cases it will be an umbilical hernia. In this Dogsis article we will explain what it is and how we can solve it.

What is an umbilical hernia?

Hernias in puppies are located mainly in the inguinal and umbilical areas. They will be called, respectively, inguinal hernias and umbilical hernias. Also, a hernia will be reducible if it is possible to introduce it into the body by pressing on it. If this does not happen the hernia is said to be imprisoned or incarcerated.

Hernias appear to have a hereditary basis. There is a genetic predisposition that explains the delay in closing the abdominal opening or ring. But there are also some cases where the hernia will occur by cutting the newborn’s umbilical cord too close to his abdomen.

If in any of the puppies in a litter we discover the presence of an umbilical hernia, it is a good idea to check their brothers, just in case another of the little ones is also affected. 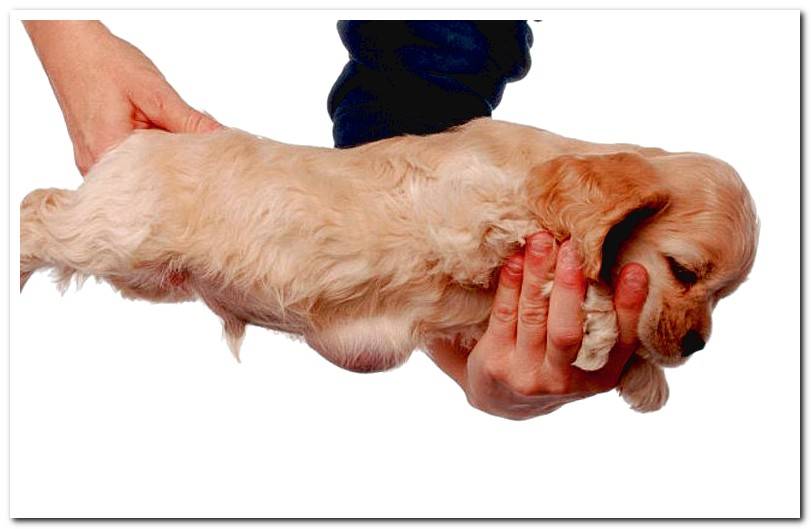 Are hernias in dogs dangerous?

Incarcerated hernias can be strangled. Strangulation refers to loss of blood supply due to constriction. In this case the lump that we will see will be hard and will be painful to the touch. It is a veterinary emergency.

Furthermore, if we manage to insert a finger into the abdominal opening where the hernia has protruded, it will need to be repaired with surgery. The biggest problem with hernias is that a fragment of intestine can come out of the opening that has been left. If it is strangled as we have mentioned, that part of the intestine will be left without circulation.

An organ without the nutrients it receives from the blood can end up becoming necrotic, that is, will die if not intervened quickly. That a piece of intestine undergoes this process poses a serious danger to the life of the animal. 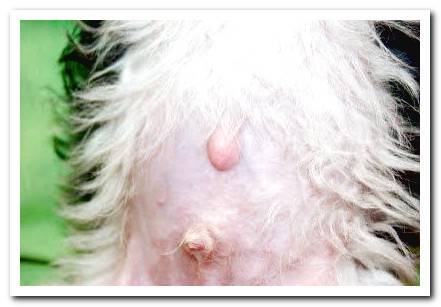 What do I do if my puppy has an umbilical hernia?

In general, we should know that the smallest umbilical hernias usually resolve on their own before the puppy reaches six months of age. The recommendation to bandage the puppy’s belly to reduce the hernia is circulated but this measure does not produce any real effect or influence its disappearance.

If the dog is six months old and the hernia continues, we can be faced with two situations determined by the sex of the puppy. This is so because in females we can take advantage of the surgery of sterilization to repair the hernia. In these cases the operation may be delayed for a few months.

The removal of the ovaries and uterus is done precisely through an abdominal incision. Although veterinaryns increasingly make smaller incisions, if the dog to be sterilized has a hernia, they will take advantage of the intervention to cut a little more and thus reduce the hernia.

Although the cut is somewhat larger than usual in sterilizations there is usually no complication during the postoperative. Our task at home will be to ensure that the dog does not touch the wound and that it heals without problems.

If instead of a bitch we live with a male, even if we cast him, the operation to reduce the hernia will be independent.

The vet could do both operations on the same day but, logically, we will have two cuts, yes, a few centimeters in length. As in the case of females, the dog will return home the same day of the intervention. There we will also have to monitor the evolution of the wound.

Much of what we have explained for umbilical hernias is applicable to those that develop in the inguinal area. These will be more frequent in females and, due to their location, they are not always diagnosed, and may go unnoticed.

The problem with these hernias in females is that, if a fragment of intestine can be contained in the umbilicals, in the inguinals the uterus could be affected, especially if pregnancy occurs. Surgery is recommended for them.

In males with inguinal hernias, it may be sufficient to periodically check their evolution, because they are usually small in size and disappear spontaneously during the first months of life. If this does not happen we will be able to choose the ci