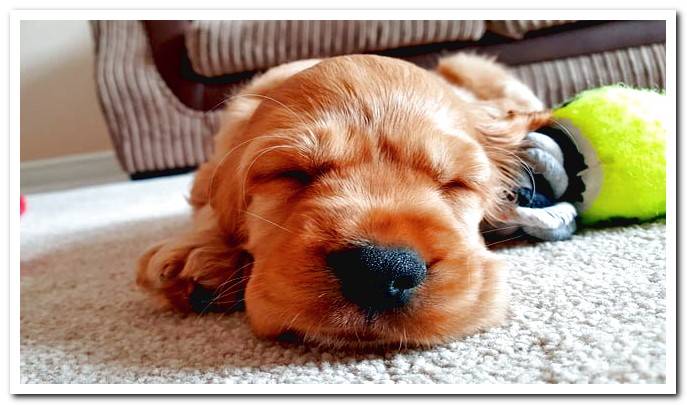 There are many people who wonder if their dog sleeps excessively or if instead they should sleep longer. Although in reality everything depends on some factors that we are going to explain.

If you want to know how many hours a dog sleeps a day within what we could consider normal, we must analyze its age, breed and characteristics. Let’s take a closer look at it so you can tell if your dog is getting enough sleep.

Sleep hours according to their age

Like humans, dogs go through many stages throughout their lives, some more active than others. So the hours of sleep will not always be the same, they will vary depending on their age.

Puppies up to twelve months of age

Puppies are by far the sleepiest of them all, due in large part to their high energy when awake and their physiological needs, as they are in full development.

From birth to three months of age, they usually sleep a total of about twenty hours a day. Spread in small dreams to the lake of day and night (not that they sleep all hours in a row, not even by far …).

After three months of life and up to twelve months of life, the hours of sleep are reduced a little, reaching an average of between fourteen and eighteen hours of daily sleep.

Both small adolescents and adult dogs up to six or seven years of age, greatly reduce their daily sleep hours. So the usual thing is that they sleep a total of between twelve and fifteen hours a day.

Obviously, these hours of sleep are divided between day and night, giving little nods where they rest, recover energy and dream. Yes, dogs also have dreams.

Elderly and / or convalescent dogs

Older dogs, from seven or eight years old in large breeds and from nine or ten in small breeds, begin to sleep more again, as if they were puppies.

Typically, they sleep between fourteen and twenty hours a day, napping day and night, recovering energy and enjoying the tranquility of a good nap. 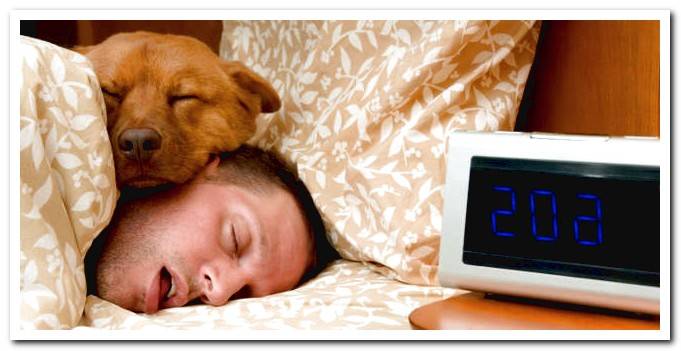 Not all dogs sleep a similar average of hours, regardless of whether they are puppies, young or adult. There are some races that by mere genetics are much more sleepy or on the contrary, much more active.

Everything is in genetics, some races are more active than others simply because they are like that. This directly influences the number of hours they sleep daily.

Sleep hours depending on the environment and season

We all know how Augustinian it is inside the house when it is cold, rainy or snowy outside. So in winter dogs also sleep more than in spring or summer, because the weather of the station itself does not accompany being active.

It is in spring and summer when dog breeds at a general level, are more active than the rest of the year and therefore sleep less hours a day.

The family environment also influences a lot, since it is not the same to rest peacefully in a house without noise or discomfort than try to sleep in a house full of noise or with small children who want to play constantly.

Therefore, the family situation of the dog directly influences the number of hours it sleeps a day and the quality of them.