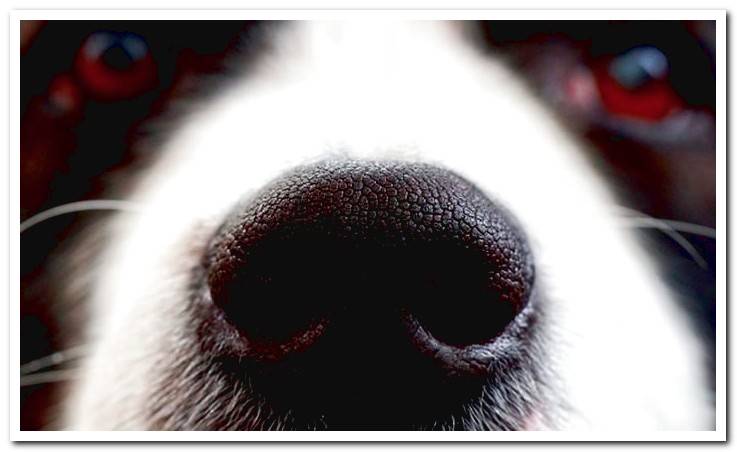 Undoubtedly, the most developed and characteristic sense of the dog is its exceptional sense of smell, compared to ours. This trait is due to the peculiarities of its nasal region, with millions of pain receptors.

This extraordinary capacity has allowed him to establish a close collaboration with humans in multiple and important tasks since the beginning of domestication, such as the detection of explosives, illegal substances or even diseases. Do you want to know all the secrets of his nose? Let’s go there.

The base of smell is in the dog’s nasal region. What we can see from the outside are the holes or windows of the nose. From them you can access their respective nostrils, which form the nasal cavity. This is completely covered with a mucosa called the mucociliary mantle.

It is heavily irrigated with blood vessels and is what serves as protection against pathogens or irritants, which are led to the throat to be swallowed or expelled with the cough. In addition, in the nasal cavity the nerves stand out, which are found in large numbers, much more than in other animals.

The dogs, on average, have over 200 million odor receptors in your nasal folds. To compare, humans have only 5. The humidity of the nose facilitates the capture of the odor, in addition, the bones that form it are thin and turbinate, full of folds. The nerves end their journey in the olfactory center located in the brain.

How does the dog perceive the smell?

The innervation and size of the olfactory center is what explains the spectacular sense of smell of dogs. Much of your brain is dedicated to interpreting the smell. They also have a vomeronasal or Jacobson’s organ.

This is placed on the roof of the mouth and serves to capture the sexual odor on the palate and transfer it to the brain, specifically the limbic system, which is the part of the brain most involved in emotional behavior. The dog’s nose is considered 100 times higher than that of humans. 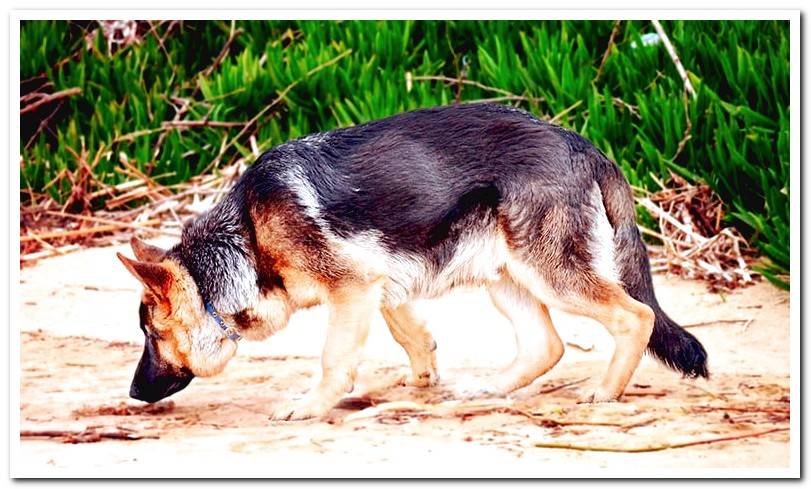 Dogs can sniff out butyric acid present in people’s sweat. One of the studies carried out to demonstrate this is known as the pebble test. It was done by asking six people to take a pebble in their hand and throw it as far as possible.

The dog is allowed to smell the hand of one of the people. Later, the animal was able to locate the pebble that she had thrown. Sweat from your feet is even easier to detect. It’s known that hound type dogs They are able to follow a human trail that was left six days ago and up to 160 km.

The highly developed smell of dogs has helped people with multiple tasks. For example, hunting, which was perhaps the first collaboration established between dogs and humans thanks to smell. Another prominent utility is finding truffles. Dogs are trained to detect them and notify their handler of their exact location.

The work of dogs in military, police or rescue work stands out. For example, the detection of bombs, because they distinguish gunpowder and nitroglycerin or drugs and all kinds of illegal substances. In addition, lately dogs are trained to smelling substances that the human body produces in some diseases.

They can detect a seizure, for example epileptic or hyperglycemic, before it starts. Thus the affected person is able to prepare to avoid risks. Although certain breeds, such as the German Shepherd or the Labrador, are trained more frequently, all dogs possess an excellent nose and sufficient abilities for learning.

Given the importance that the sense of smell has for dogs, it is easy to understand that this is an essential element for them when it comes to communicating both with their fellows and with any other animal or human. The smell, specifically, is included within what is known as chemical communication, in which odors are emitted and received.

It should be noted that the dog’s nose shows a special sensitivity to smells that are interesting to him. Others, such as, for example, the scents of flowers, make you indifferent.

The dog with the best smell

Although all dogs stand out for their incredible sense of smell, a specific breed always stands out as the maximum exponent of this ability. It is a type of hound, known as Bloodhound or St. Hubert’s dog.