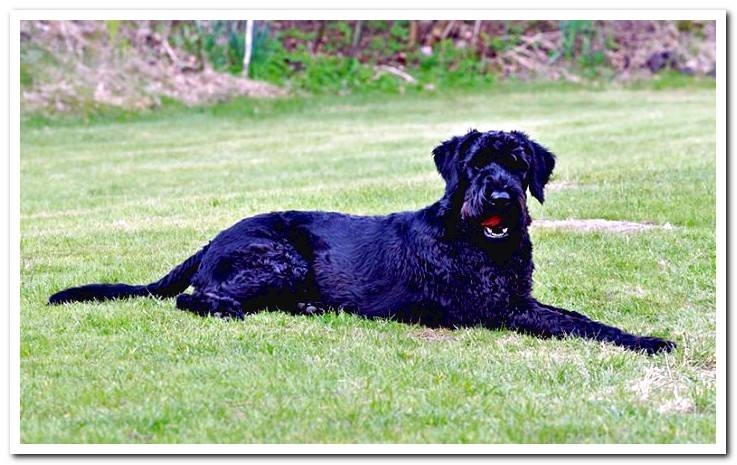 The favorite hobby of these mustaches is being with the people they love. For the Giant Schnauzer there is no place like home. Plus, they’ll prove it to you with infinite loyalty. If well behaved, these dogs will be loving, trustworthy, and will do anything for you.

Despite their calm appearance, their working dog heritage will sooner or later come to the fore. The specimens of that breed need constant stimuli and the best way to keep them balanced is to give them a function at home. Do you want to discover everything about the race? Let’s go there.

Physical description of the Giant Schnauzer

These dogs are considered giants in relation to the standard Schnauzer, although they do not reach the height of a Great Dane or an Irish Wolfhound. Its texture is robust and well muscled, while its profile tends to be square, with a short, straight back, a medium-width chest and a moderately tucked up belly. The legs are strong and the tail is high insertion.

The head of a Giant Schnauzer is rectangular, elongated, and flat. The shrewd and calm expression of the face is defined by well-populated eyebrows, a trademark of the breed. The eyes are dark and oval in shape. The muzzle is rather long. On the other hand, the ears are medium in size and V-shaped, they are high set and tend to be rather erect. The cloak is twofold: a fleece interior and a rough exterior that is close to the body. 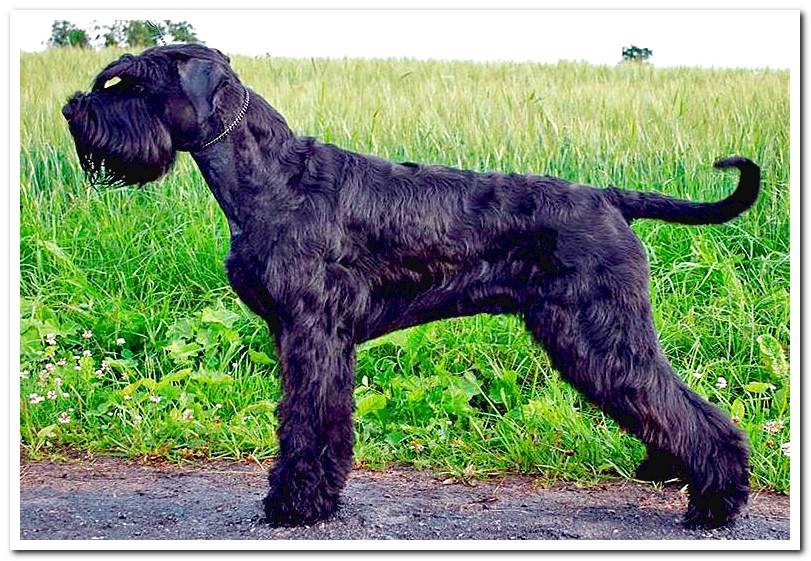 What is the official standard for a Giant Schnauzer?

In solid black specimens only a small white mark is accepted on the chest, any other stain is disqualifying. In “salt and pepper” specimens, the range from dark gray to silver gray combined with white is tolerated. Regarding temperament, shy or aggressive individuals are not desirable.

Also, if they are too below the size standard they are rejected. The Giant Schnauzer truffle should always have a solid black color and the cheeks do not have to be fleshy. If they have very outstanding upper or lower jaws, these dogs will be equally rejected.

With a determined character and intelligence above average, the Giant Schnauzer are dogs that do not go unnoticed. Above all, they need a lot of love from their family and feel part of the family. They are loyal and obedient dogs, although dominant. Therefore, they are not recommended for families with children under 10 years of age.

With other dogs, especially of the same sex, the relationship can be a little difficult, even if they share the same home. If there are cats, the difficulties are even greater and you should not leave them alone, even if they seem like friends..

This breed is recognized for its great response to training, although this does not mean that anyone can do it. They need dedication and challenges, both physically and mentally. A leader who provides clear rules and a strong hand with experience in dog education is essential. The Giant Schnauzer is not recommended as a first dog or for the doubtful person.

They are usually naturally suspicious and this can cause aggressive behavior towards strangers. By socializing them from a young age you will have much of the battle won. However, this feature makes them very reliable guardians, as they take their work very seriously. 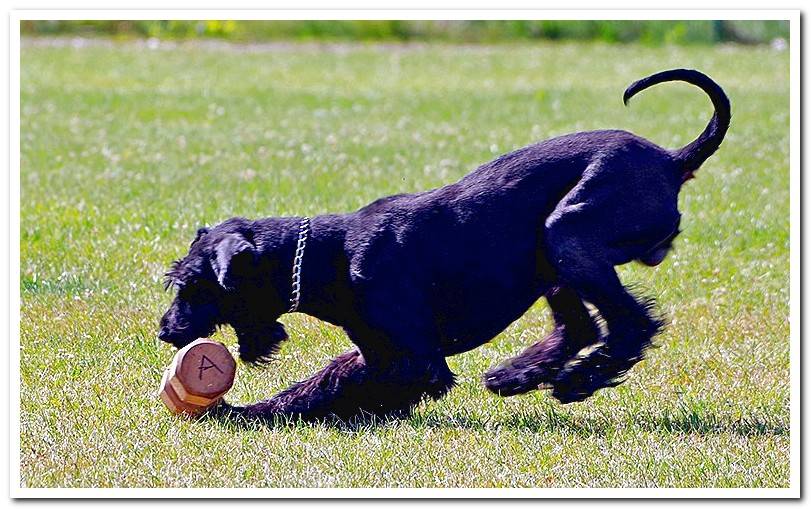 How to Care for a Giant Schnauzer

The Giant Schnauzer is a variety with high exercise needs, something essential so that you do not get bored or develop destructive habits. An hour of daily exercise is the minimum recommended, always in shared activities with its owner. They like to play with balls, take long walks, run alongside you and play sports such as Obedience, Agility or Carting.

They will not feel comfortable in small spaces. Therefore, a house with a large patio – and well fenced – is the best option. Still, they are dogs used to living indoors and will prefer to spend the day surrounded by people. Don’t leave them alone outside for a long time throughout the day.

Its coat should be brushed two or three times a week. Their hair grows fast, so they need regular visits to the stylist to maintain a neat look. Ears and ear should be checked periodically for possible infections.

Due to their double-layered coat they adapt much better to cold climates. They love snow! On the contrary, they will not feel comfortable in areas with very suffocating summers. In these cases, it will tend to scratch a lot and cause skin damage.

The hip dysplasia It is an inherited disease that affects the mobility of the dog and that must be controlled in this breed. Try to require the seller to be screened for this disease. Osteochondritis dissecans is another condition related to the Giant Schnauzer that affects their joints and is detected from 5 months of age.

Other conditions to consider are autoimmune thyroiditis and squamous cell carcinoma, a type of cancer that affects the skin and targets the dog’s fingers. Liver cancer also has a moderate incidence.

History of the Giant Schnauzer breed

They arise in the middle of the 18th century in the Bavarian Alps, in southern Germany. They were developed from the crossbreeding of several breeds, such as the standard Schnauzer, the Great Dane, and the Flemish Boyero. The purpose was to achieve a tough working dog. That is why, at the beginning, they were used in grazing areas guiding livestock. They were also in charge of protecting houses and farms.

At the beginning of the 20th century they appeared in large German cities such as Berlin and Munich. Their great sense of obedience and work made them good for police work and became the most popular breed of security dog.

They began to be in the care of factories, butchers, corrals and even breweries. However, after World War I the appearance of the most versatile German Shepherd made them fall into oblivion. In the 1960s they became popular again in both Europe and the USA, where various clubs of breed enthusiasts were formed.