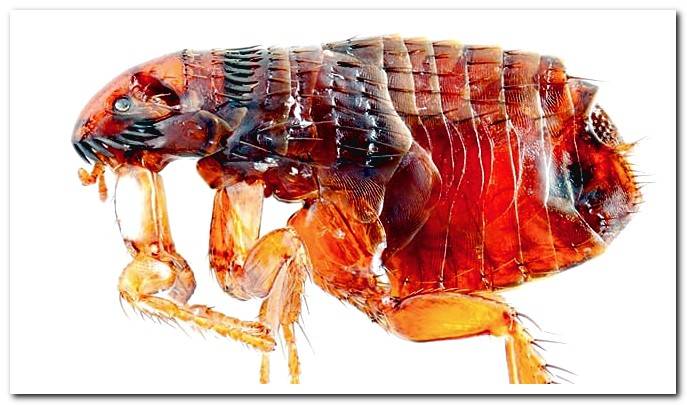 When we accept the responsibility to adopt a dog and share our life with it, we also acquire the obligation to take care of its health. Keeping it free of parasites such as fleas, ticks, or intestinal parasites is obviously included.

We are not aware of the danger of the diseases that fleas infect, we think that they can only bite and annoy but the truth is that they can also transmit serious diseases to both dogs and humans.

We are going to explain everything you need to know about these annoying parasites, how to locate them, how to eradicate them and the health problems they can cause us.

How to tell if we or the dog have fleas

Fleas are small external parasites that feed on human or animal blood, their size is millimeter and their appearance is like that of a small black dot that moves very quickly.

Its scientific name is siphonaptera (According to Wikipedia) and although they do not have wings to fly, they are capable of taking great leaps to infect a dog or human. Although if they can choose, they will always prefer the dog since it feels more comfortable in areas with a lot of hair.

To know if a dog has fleas, we must observe it and see if it scratches more than usual. Fleas are very bothersome to dogs and cause excessive scratching and even some skin irritation.

Pushing the dog’s hair away with the help of our hands, we can see if there are small black dots running from one side to the other on its fur. If we see them, they are fleas.

To know if a human has fleas, the process is similar, although easier, if we notice excessive itching from different parts of the body, it is likely that we have fleas. But to make sure we must look for the bites.

Fleas make three consecutive bites in humans, so we will see several areas of our body with small mosquito bites, but grouped three by three. If so, they are flea pecks. 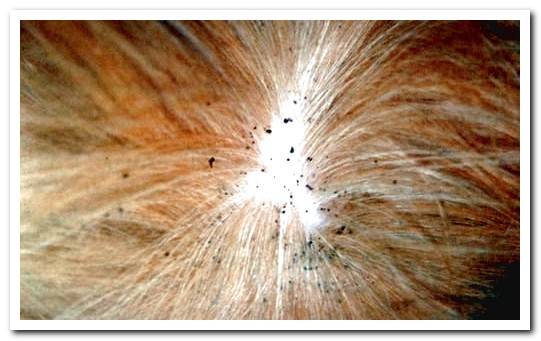 What health problems can fleas cause?

Unfortunately fleas are not harmless parasites, but as annoying as they can be due to the itching they cause, they can also carry and infect many diseases, both to the dog and to ourselves.

In addition, there are many dogs and humans who are hypersensitive to their bite, which means that if we are bitten by a flea, we can have a skin reaction very similar to dermatitis or allergies. Both dogs and humans.

As if the suitcases they cause, pain and possible skin reactions were not enough, these are the diseases that fleas infect with their bite:

Most of these diseases are poorly developed in Spain, but there is always a risk. If we know that we are infected with fleas, we must go to the doctor to make sure that there is no problem of the mentioned ones, if the dog has been infected, to the vet.

How to prevent and eliminate fleas

Being aware that fleas will come in the greatest number of cases housed in the dog, either because they already had them when we adopted them or because they were acquired during a walk or games with other dogs … the best option we have is prevention .

We can and should apply preventive treatments to our dog to prevent it from acquiring fleas and other types of parasites. For them we can use the following means:

The first three options will be found in veterinary clinics, they are inexpensive. For dog baths, we can also buy a special soap against parasites, in this way we will have more security.

Remember that a flea can lay more than twenty eggs a day, so if a flea enters the house, in less than a week we can have a brutal infection. Flea and larvae eggs can be housed in rugs, sofas, blankets, clothing …

If you suspect that you may have fleas at home, do not hesitate to apply these simple and effective tips: How to get rid of fleas at home.

In very extreme cases where an uncontrollable plague has already occurred, it will be necessary to contact a professional exterminate. So prevention is always better than regret.