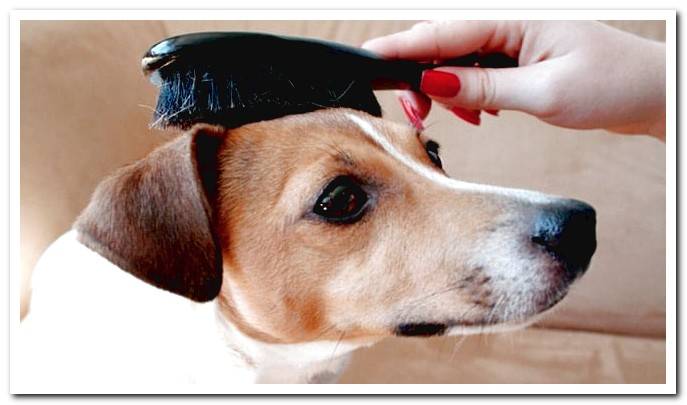 If most dogs are characterized by something, it is for the amount of love and affection that they bring to our lives, but also for the incredible amount of hairs that can come loose in our home.

That is why it is very important to brush our dog at least two or three times a week, using the different dog brushes that we need depending on the amount of hair that it has and its size.

Strange as it may seem, brushes for short-haired dogs do not work for long-haired dogs, because their design is completely different. So let’s see what are the types of dog brushes and their characteristics. Do we help you choose?

There are many breeds that stand out for their impressive coat, for having an enormous amount of hair and also of great length. Some of these unique races are for example the Lhasa apso, the Komodor, the Maltese Bichon or the water dogs, among many others. 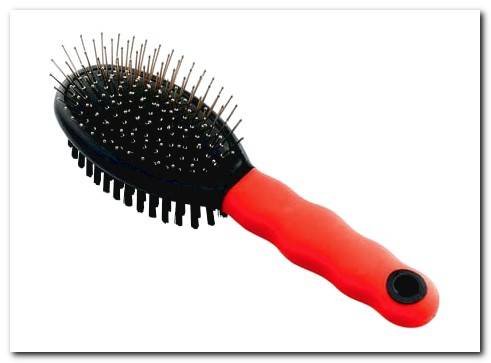 Preventing knots from forming on their lush fur and keeping it clean is not an easy task, that’s why brushes and combs have been developed especially designed for dogs with long or very long and abundant hair.

Brushes for long-haired dogs are characterized by being very similar to that used by humans, made up of several rows of flexible rounded-head spikes. With this we can give several passes to our dog’s hair without damaging its skin, eliminating excess dead hair and leaving its coat clean and without knots.

The best brushes for medium-haired dogs

Undoubtedly, the most abundant breeds are those with a medium coat size, that is, it is neither long nor excessively short. Some of the most common medium hair breeds are the Boxer, the German shepherd, The Czechoslovakian wolfdog, the Akita or the Schnauzer among many others.

Dogs with medium-sized hair are not prone to having knots in their fur, however they are very given to keeping their fur dead and gradually releasing it at home, leaving a nice carpet of fur that is sure to be very familiar to you.

Mainly in times of hair shedding, dogs can get rid of millions of hairs in just a few days. Leaving us a huge cleaning job to do, that’s why it’s super important to brush almost every day.

The best brush for medium-haired dogs is undoubtedly the one known as a spreader, it is a brush with quite attached metal cells that allow the passage of live hair (grabbed to the dog by the follicle) but dragging all the excess dead hair .

Although this is undoubtedly the best brush that we can use, we must be a little cautious and use it carefully, since being metallic and without rounded tips, we could damage the dog’s skin if we apply excessive force.

Are there brushes for short-haired dogs?

Shorthaired dogs never seem to shed their hair, but if we test their bed or the floor against the light, we will be able to see how they are capable of releasing thousands and thousands of small hairs in a single day.

To properly brush a short-haired dog, such as the Pinscher, the Boston Terrier, the Bulldog or the Chihuahua Among many, we have two possible options when choosing.

Either we opted for a scarifying type brush like the one used in dogs with medium-sized hair, or we opted for the well-known mitts. The latter are the ones we recommend for being more sensitive to the dog.

The mitts are made up of small bumps with spaces between them capable of catching the dead and excess hair of short-haired dogs. Although they may seem ineffective at first glance, the truth is that they are the most recommended for their efficiency. 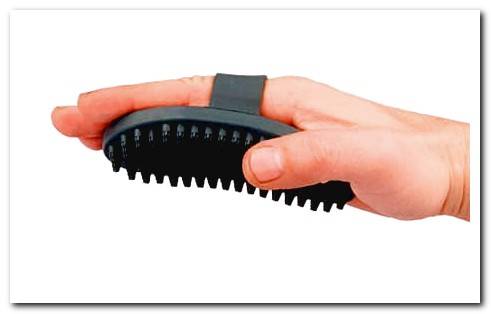 They are also very respectful of the dog’s skin, since being normally plastic and with a rounded shape, they will not cause any damage or scraping. What’s more, your puppy will think you’re giving him a massage.

How often should I brush my dog?

Not all dogs need to be groomed, some dog breeds don’t pull hair for mere genetic reasons. Although the vast majority if they throw hair and also depending on the time, a lot.

It is in the changes of season that dogs lose more hair and need to be brushed more frequently. We refer to spring and autumn, where it is recommended to brush the dog three to four times a week.

The rest of the year, it is usually enough to brush the dog a few times a week. Except obviously for long-haired dogs, which will need three, four or even five brushings per week throughout their lives.

Remember that brushing should be smooth and calm, do not force your dog or it will get scared. When you’re done, reward him with a treat or cheer him on for how well he has behaved, it is very important to relate brushing to something positive.

The only purpose of brushing a dog is to avoid the formation of knots (in long-haired dogs), remove excess dead hair so that it does not shed it at home, and keep its hair clean, free of plant debris and possible parasites.