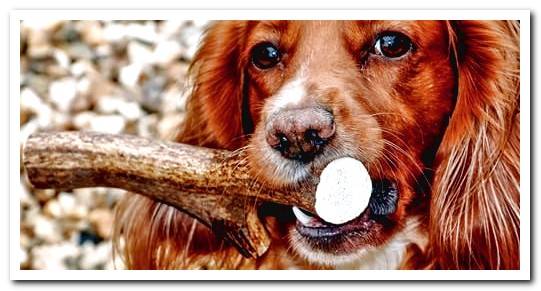 You may have never heard of the deer antler as a teether for a dog, as it is a habit that curiously is not widespread. However, you will be very surprised to know the great benefits that the deer antler can bring to your dog.

Don’t think it’s a new fad, the deer antler has been used with dogs for many, many years, and now with globalization, it is spreading as a healthy practice across the planet.

Surely you have a lot of doubts about the use, benefits, care or dangers that a deer antler has. So let’s get down to business with the information that every dog ​​lover should know before giving your dog a horn. 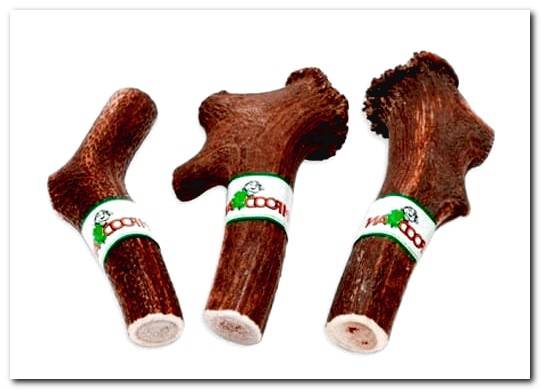 Benefits of Deer Antler for a Dog

The deer antler is a hard bone that rarely splinters, making it an excellent teether for our dog, whatever the size. Containing marrow, the shaft gives off a very striking smell for dogs, which spend hours gnawing at the bone without stopping, entertaining as well as enthusiastic.

A deer antler of the appropriate size can brown a large dog for a long time (weeks, months…). In addition to being an ideal teether for any dog, as it gradually wears away, it provides calcium and other nutrients to our dog.

The deer antler too clean our dog’s teeth in a totally natural way, eliminating the tartar accumulated in your teeth. In fact, it is highly recommended that our dog plays with a pole on a daily basis, since it will keep his teeth clean.

This type of deer bone does not splinter. Our dog will be able to bite you for endless hours without any danger. However, the antler wears down over the days or weeks, depending on the dog (ours usually lasts a couple of months each antler).

When we see that the piece of horn is too small, it is better to take it off and throw it away to avoid swallowing. The aim of the horn is that our dog is entertaining by gnawing, since in turn it is consuming natural calcium and cleaning its teeth. But if the horn wears down to a small piece, which can be swallowed, simply as a precaution we must remove it and give it a new, larger horn.

Sometimes the consumption of deer antler produces constipation in the dog. If this happens, we simply must limit the daily use of the pole for less hours and the problem will disappear by itself.

How much does a deer antler cost?

The price of deer antlers varies greatly depending on the country, if there are many deer in your country, the price may be very low. However, in countries like Spain where we must import the deer antler for our dogs, its price is moderate.

Dogs over 30 kilos will need a size L or XL, with XL being recommended. The size of the antlers is measured as the clothing size, XL, L, M, S from largest to smallest.

Prices vary greatly depending on the store, although generally, these are the prices that we can find in most stores in Spain. In Mexico they can be found for about 150 pesos and in Argentina for more or less the same price.