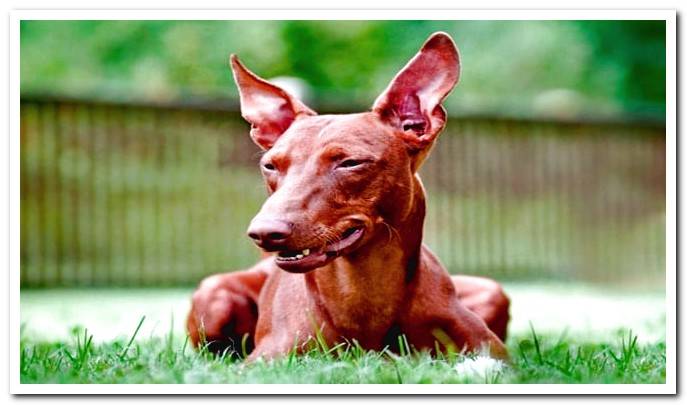 The Cirneco del Etna, also called Sicilian Greyhound, It is one of the oldest dog breeds in the world. Its appearance can give us the false feeling that it is an Egyptian race.

His temperament is docile and loyal, attached to his family although he is not excessively cuddly, but somewhat independent in that regard. Although puppies are playful and affectionate, like in any other breed.

If you want to know all the details about this fantastic breed, from Dogsis we put all its information at your disposal.

The Sicilian Greyhound is an intelligent and tenacious dog, always attentive to everything that happens around it and very safe for hunting, due to its fine sense of smell.

In the family environment, their behavior is correct. Although not distinguished by being a dog with an overly affectionate character, the Cirneco del Etna is nevertheless very calm, docile, faithful and obedient, very tolerant of other dogs and patient with children.

With strangers you can be suspicious and even aggressive, so to avoid unwanted behavior it is very important to start your process of puppy socialization.

The Cirneco del Etna is a medium-sized dog, with a height at the withers of between 42 and 50 cm and a weight that ranges between 8 and 12 kg, figures that are slightly lower in females.

His body is athletic and muscular, with very slim lines. It has a narrow head and a long neck, with tall, wide and erect ears, a shape that helps to reinforce its appearance and its reputation as an awake and always alert dog. Its hind limbs are long and muscular, typical of a running dog. Its legs are compact, with reddish pads.

It is an agile, fast and very resistant dog, perfectly adapted for life in the field in hot and dry climates.

Cirneco del Etna’s hair is short and shiny, with a chromatic range that includes different shades of sand color, some more tan and others lighter, and may have small spots of white pigmentation. There are also many specimens with completely white or white hair with light brown spots.

How to educate a Cirneco del Etna?

The Cirneco del Etna training should start at an early age, as it is a dog with a very independent and quite stubborn character. Once these initial obstacles are trained and overcome, he develops a very strong bond with his owner.

His training must always include intense activity, because as a good hunting dog the Sicilian Greyhound needs to run and play a lot, which he certainly loves. On the other hand, if it remains idle too long or shows signs of boredom it can become a destructive, barking, and unruly dog.

Gifted with excellent eyesight and fine hearing, his tracking and chasing skills are highly developed, so it is a good idea to schedule his training exercises based on these natural abilities so that the dog’s response is more positive. 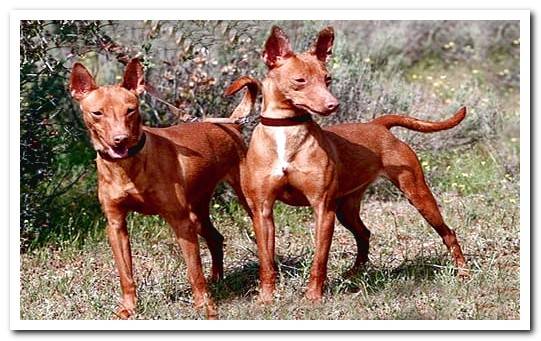 The Cirneco del Etna is a fairly healthy and easy to care for dog. To achieve the optimal physical and mental balance of this dog and keep it away from destructive behaviors, exercise is essential.

Ideally, we should go for a walk with him three to four times a day, allowing him exercise, explore your surroundings and interact with other dogs. These walks can be complemented with family play sessions.

This dog needs to have a garden or patio, because it does not adapt well to life inside a house or apartment. Make sure that this space has a very high and resistant fence.

The coat of the Cirneco del Etna does not require great care since, being so short, its hair never tangles. Two or three weekly brushings to remove dead hair and dirt are sufficient.

The average life of Cirneco del Etna is around 12-14 years.

Although it seems more than proven that the Cirneco del Etna was already used as a hunting dog three thousand years ago in the Nile Valley, it is believed that its name comes from the city of Cyrenaica, an ancient Greek colony in North Africa, from where it was Later introduced on the island of Sicily by Phoenician merchants.

For centuries this breed remained completely isolated in the volcanic region of Etna, trained in small game and standing out for its resistance to heat and its ability to work long hours without eating or drinking, a virtue that it still retains today.

It was also used from its earliest days as a guard dog in temples and sacred places, to which many archaeological remains and ancient texts bear witness.