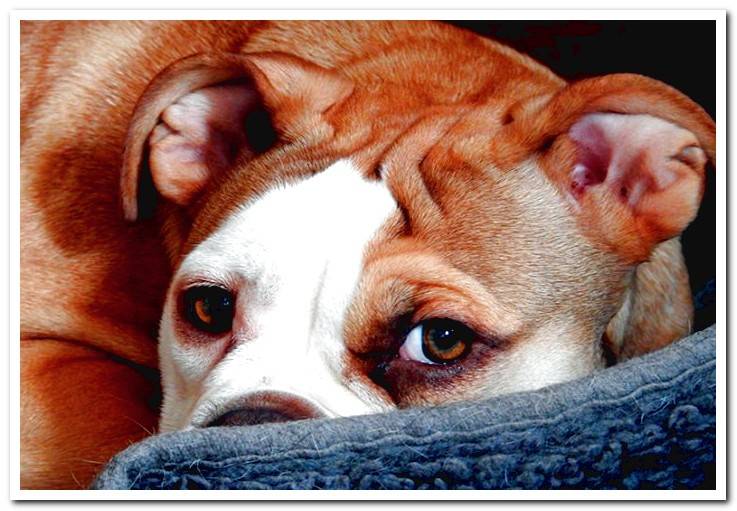 Surely on more than one occasion you have seen your dog spin around on his bed before going to bed, or that for no apparent reason, he scratches the bed with his front paws as if he wanted to make a hole.

Have you ever wondered why they have this behavior? It is curious to see some behaviors of our pets, apparently without any sense for us but really important for them. Do you want to know the real reasons?

We think that humans are the most intelligent beings on the planet, but the truth is that we must be so smart when most people do not know how to interpret canine language.

Dogs don’t use words like us, but they do use gestures and movements to express themselves, what we know as canine language. Only we should pay a little attention to see how amazing they are, able to say so much with so few movements.

The movement of his tail, the position of his ears, the way of looking at us and even the position of the hair on his back offer an enormous amount of information about his mood or needs.

Why do dogs scratch the bed?

There are many dogs that when they get to their bed, instead of lying down, they scratch it as if there was a treasure buried inside it. Something like trying to make a hole but in your own bed. Why are you doing this? They are crazy?.

The truth is that it is a very funny behavior, but it has its logic. We all know that dogs don’t sweat, gasp to cool off. But in your foot pads if they have sweat glands, why they sweat a little.

Dogs scratch their beds to leave a bit of their own sweat on them, in this way, the bed gets its scent, the smell of dog sweat. It is a way for dogs to mark their property. So what they do is spread their scent on the bed to indicate that it is theirs. Surprised @ ?. 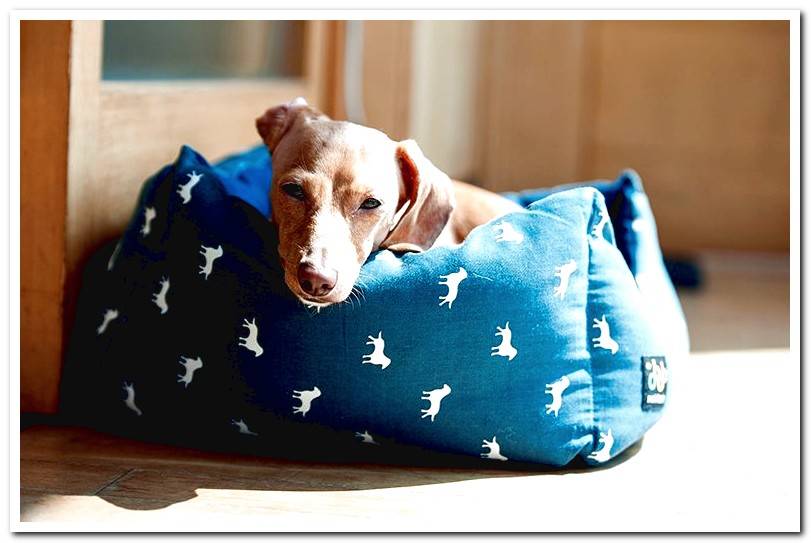 Why do dogs roll over in bed before bed?

Another strange but logical behavior is to roll over in bed before going to bed. This can be done directly, or after scratching it to leave its scent on it.

Dogs are instinctive animals, so they do many things by instinct even though they have not learned them from anyone, not even from other dogs. It is a primitive form of survival that even humans have as well.

Dogs turn on their bed to see what is the best posture they can take at bedtime, so that they can monitor (visually) the area of ​​the house that most interests them. In addition, they make sure that there is no danger nearby, when they turn around, they look around them to make sure that everything is fine.

So…. Is that behavior normal?

Yes, it is totally normal behavior that should not concern us at all. Some dogs do it daily, others occasionally, and there are even dogs that never and never will.

They are normal dog behaviors, instinctive and rational. We should not pay too much attention to them since they do not represent any psychological or physical problem. However, they are behaviors that generally do not last more than a few minutes.

If your dog starts doing these movements constantly, over and over again, without stopping … then it is possible that it has a problem like a obsessive compulsive disorder.

My dog ​​bites his bed Is it the same?

No, in this case it is destructive behavior, possibly caused by boredom or lack of exercise. When dogs have a lot of energy or are bored, it is when they begin to develop this type of behavior.

If we appreciate that our dog bites its bed and breaks it, we must correct it so that it does not do it and also, analyze its situation to see if it needs more daily exercise or mental stimuli.