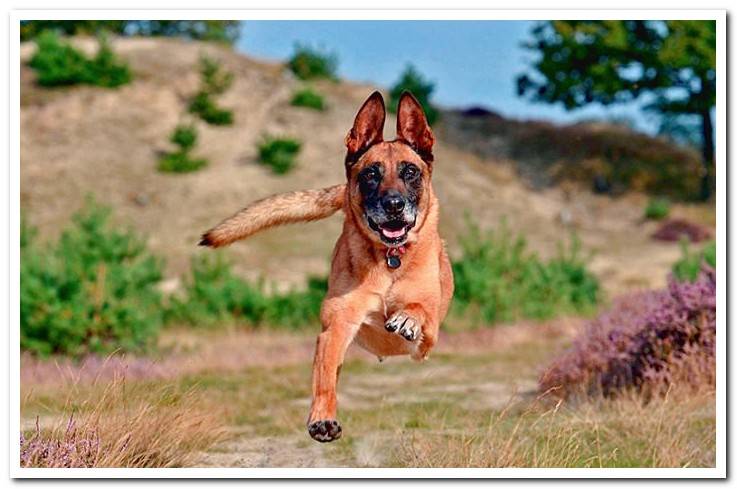 Raised as working dogs, the Malinois are true workaholics of the canine world. They will perfectly fulfill the task that you ask them, but in return they will want time by your side and dynamism to keep up with them.

With an appearance similar to that of the German Shepherd, they are smaller and thinner, but also more active. Their versatility makes them ideal as sheepdogs, guardians, police, or rescue dogs. And also at home they will get along great with the little ones. Do you want to know more about this extraordinary breed?

What is a Belgian Shepherd Malinois like? Physical characteristics

It is a stylized hound, looking agile as well as resistant. It has a medium-sized body, well muscled and seen in profile offers an almost square appearance. He has a powerful neck, a straight back, and a deep but not broad chest. The tail, thick at the base, stands high and curves without forming a hook when in action.

The position of the head, always carried up, gives a proud bearing, which is complemented by an intelligent look. The eyes are medium in size, slightly almond shaped and brown in color. A black mask, typical of the breed, covers the eye area. The ears, always erect and also dark, look like equilateral triangles seen from the front. 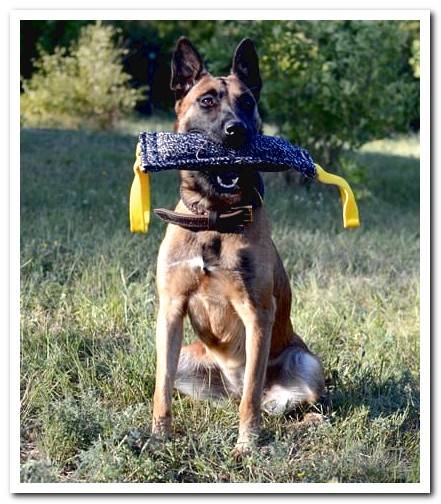 How is the official standard of the Malinois variety?

Males less than 58 cm tall or greater than 68.5 cm and females less than 53 cm or taller than 63.5 cm are out of standard. Neither too aggressive or fearful individuals are tolerated. Also, the lack of one or more teeth is not accepted.

The ears must be erect and never droop or semi-erect. White spots are only allowed on the tips of the fingers and a single dot of this color on the chest. Cut or amputated tails are inadmissible.

Breeders from different countries have been defining different lines within the standard, depending on the intended purpose. While the original line stands out for having the most robust specimens of the Malinois variety, the French line (with a marked presence in Spain) presents light individuals, more compact in size and with greater sensitivity to the environment around them. These dogs offer a better response to their leader, making them easier to handle as working dogs. 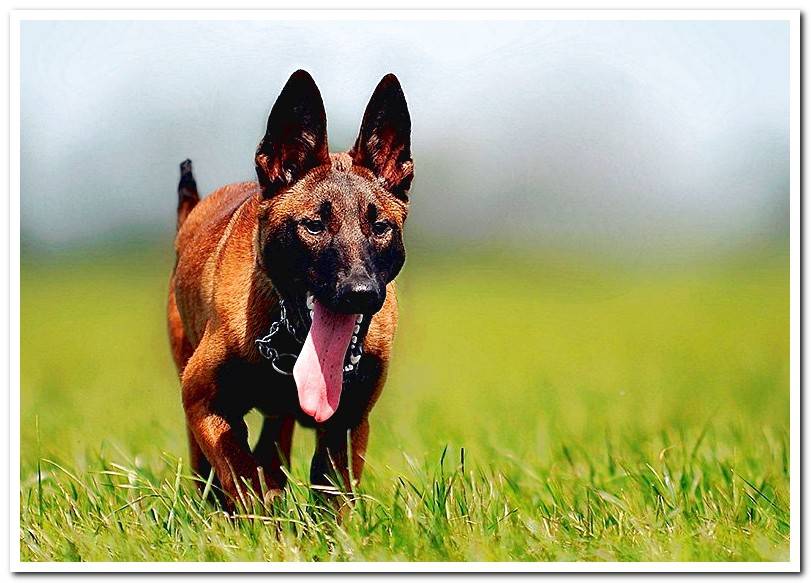 This breed is known for its strength, as does not have many associated diseases. However, you should pay attention to bone conditions such as hip and elbow dysplasia and progressive retinal atrophy.

Having little fat in the body, the Belgian Shepherd Malinois is also very sensitive to anesthesia. The average number of deaths from complications during dental surgery or procedures is higher than that of other races. Your specialist should be aware of this information.

Belgian Shepherd Malinois is one of the four types that the Belgian Shepherd has, which developed in this country in the late nineteenth century. The varieties are mainly differentiated by the type of hair, being that of the Malinois short and hard.

From the city of Mechelen, in the west of Belgium, the breeders of these dogs focused on developing specimens with a great capacity for work, which is why they were always considered one of the most suitable varieties to control sheep and livestock. bovine.

Already in the 20th century, their versatility made them fit as guard dogs and policemen. During World War I they were used as messengers and as helpers to the Red Cross. With the arrival of the Second World War the race almost disappeared. It wasn’t until 1960 that some enthusiasts started raising them again, first in Belgium and then in the rest of the world.. Although in Europe the Malinois shares the standard with the rest of Belgian Shepherds, in the USA they are considered a separate race.

If you want to know more about the breed, talk to people who live with a Belgian Malinois shepherd or see photos of these beautiful dogs, we recommend you visit their Facebook page: