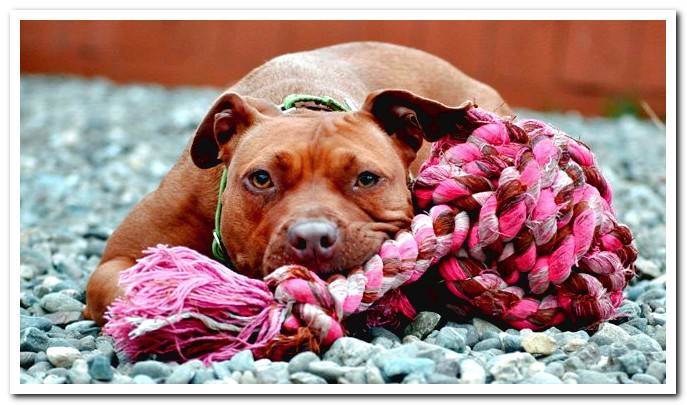 The American Pit Bull Terrier has several blood lines, that is, the same breed has been bred from different specimens, including the Pitbull Colby.

It is a medium-sized dog with a solid build whose ancestors come from England and Ireland. His tenacity, his courage and his playful character make him a notable competitor among the other bloodlines.

What is the origin of the Colby breed?

We owe the existence of the American Pit Bull Terrier to John Pritchard Colby, an American breeder who began to develop the breed from specimens of English Pitbull Terriers, managing to model the muscular and compact dog that we know today.

For this reason there are many people, especially in the United States, who know this breed by the name of Colby, which is not at all incorrect. 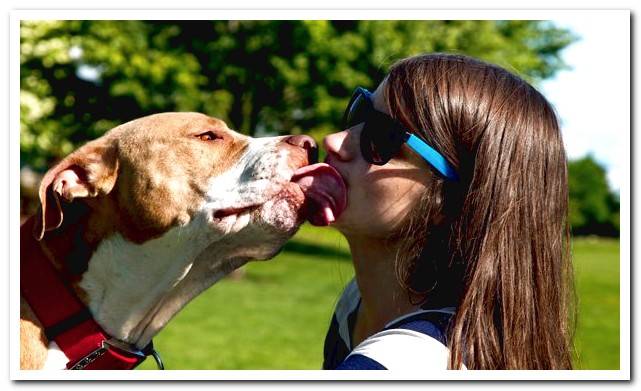 How is the character of a Pitbull Colby?

This breed loves to be in the company of humans. Its fierce and rough appearance is deceptive, as it is a friendly companion with a peaceful temperament, unjustly labeled on many occasions as a “dangerous dog”.

He has a high degree of self-confidence and is very jealous of his territory, two traits that in principle should make him a magnificent watchdog.

He has an affectionate temperament on general levels: if he barks it is not to press the alarm or dissuade strangers, but to welcome them.

However, his loyalty is beyond question, the Colby will not hesitate to act to defend his family against any threat or danger.

The American Pit Bull Terrier Colby is the largest of the three known breeds of bully dogs. Its weight ranges from 25 to 35 kg and its height at the withers is around 45 cm.

It is a very powerful and extremely muscular dog, but at the same time slim and athletic. Its body is longer than it is tall, with a very thick tail that still today some breeders cut when it is a puppy (something that is totally prohibited).

His head is large and his face exhibits folds and wrinkles when he is on alert, drawing a kind of smile. The muzzle is wide and deep, while the color of the truffle always matches that of the hair. Its ears are small and folded.

How is the hair of a Colby?

The fur of the American Pit Bull Terrier Colby is short, shiny and straight, somewhat coarse to the touch. Its chromatic variety is enormous, so much so that it practically presents all the possible colors, except for merle.

The most common colors that we can find in the Colby are two and receive these names: Rednose, with predominantly reddish coat, and Bluenose, with bluish-gray fur and gray nose. 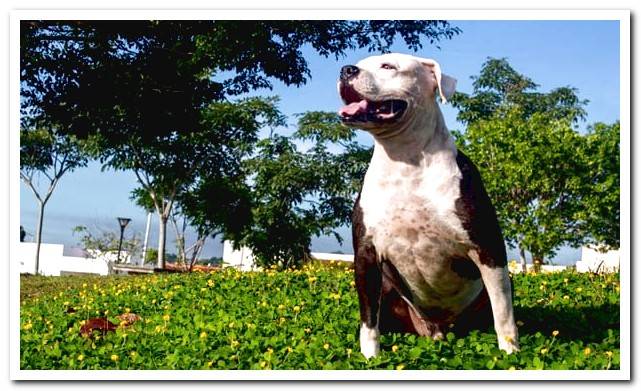 How to train a Colby dog?

It is an intelligent dog with great learning capacity. The ideal training method should be based on positive reinforcement, although you must be forceful at the slightest sign of aggressiveness.

A well-trained American Pit Bull Terrier Colby can perform a wide range of jobs and functions, thanks to his powerful physique and keen intelligence. It is common to see him perform perfectly in police or rescue dog duties, in addition to excelling in dog competitions.

Despite its affectionate and tolerant temperament, like all dogs, the Pitbull Colby also needs early socialization.

Exposure to many different people, images, sounds and experiences during the first months of his life is the best method for the puppy to grow up with the best references and attitudes to be a balanced dog when it reaches adulthood.

Playing with and learning from other dogs is essential for him to know how to relate as an adult.

How much exercise does a Colby need?

Their activity needs are quite high, which is why we recommend at least three daily walks of approximately one hour in duration.

Although the ideal is to take it to run or bike with us, so that it expends its excess energy and feels fulfilled, in addition to developing muscles.

What does it take to have a Colby?

Due to its powerful physical conditions and high resistance to pain, this dog has the capacity to carry out attacks and cause serious damage, although this happens very rarely and almost always due to inappropriate behavior or training by the owner.

In any case, in Spain, Royal Decree 287/2002 of March 22, includes the American Pit Bull Terrier in the list of “potentially dangerous dogs” Said legislation requires, among other things, that this dog wear a muzzle and a leash when it is taken for a walk.

Furthermore, the owner must have third party liability insurance and a special license.

How is the health of a Pitbull Colby?

This breed is not immune to inherited genetic conditions, but it is true that they have a much lower incidence than other breeds. This is probably why the Colby is on the list of the longest-living dogs in the world, with an average life span of about 16 years.

The two most common health problems suffered by the American Pit Bull Terrier Colby are hip dysplasia and demodicosis, better known as the scabies. This is a skin infection caused by a species of mite that is present on the skin of almost all dogs but to which this breed is not immune.