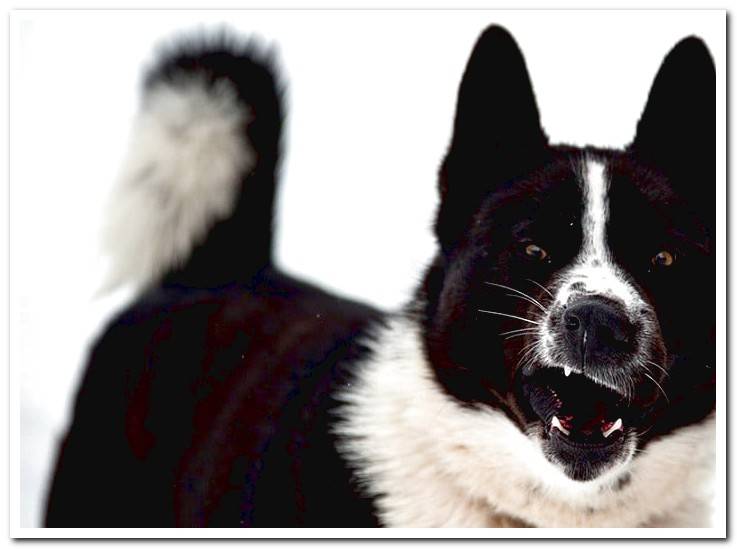 This breed, native to Finland, boasts a developed sense of sight, smell and hearing, conditions that make it an extraordinary hunting dog. They are extremely resistant, agile and tenacious specimens that the work entrusted to them never seems to scare them.

If its beauty has conquered you, you should know that it is a difficult breed to train, so you should not opt ​​for it unless you have experience, space and have a minimum of 1 hour a day to exercise at your side. Do you want to know all the details of the breed? Let’s go see them.

The Karelian Bear Dog or Karelian Bear Laika is a large and slender dog with a very elegant silhouette. Its head is thin and wedge-shaped. Her eyes, small, brown and very expressive. Its small ears are always erect while its tail is curled, it only unscrews it when it is relaxed. Its limbs are thick. 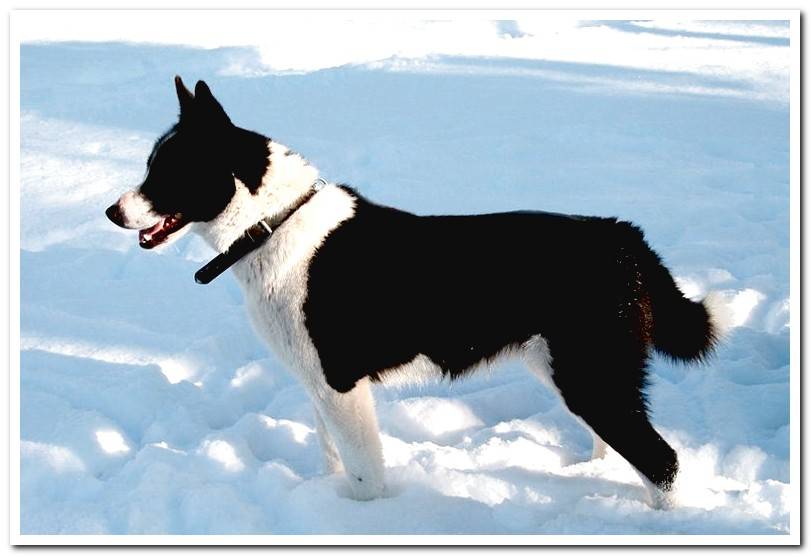 What is the temperament of a Karelian Bears breed dog?

Due to their strong temperament they are not suitable dogs to live in urban areas, of small size or for sedentary people. For their track record as hunting or working dogs claim to exercise daily for at least 1 hour. If you have a garden, you must fence it to avoid possible leaks or attacks on other animals.

Although his appearance is friendly and sometimes he is very playful not a dog to have with children as it is unpredictable. Early socialization is required, from puppies, and training resorting to a just combination of firmness and positive reinforcement to achieve a harmonious coexistence with these dogs.

Although they are usually quite suspicious and even aggressive towards strangers They establish a strong bond with their owner, to whom they maintain total loyalty. They adapt perfectly to cold climates, but not to hot ones, which, in fact, are contraindicated for these dogs.

In addition to daily physical activity, this breed requires daily brushing, paying special attention to ear hygiene to prevent otitis, regularly moisturize its paws and muzzle, which tend to crack easily, and provide 3 to 4 meals a day to make sure you get the vitamins and minerals you need to be healthy.

You should bathe him no more than 1 time a month and don’t forget to check his coat for possible parasites, as well as spikes stuck in his extremities. It goes without saying that the immunization schedule and deworming must be up to date. Before any modification in their behavior, you should go to the consultation of your trusted vet.

These specimens, like large dogs, usually manifest joint degenerations as the hip dysplasia from a certain age. It should be noted that hip dysplasia may be due to birth defects or aging. However, most of the time it is due to a deficiency of calcium and minerals.

Skin diseases and infections in the eyes and ears complete the section of the predominant pathologies in this breed, which is generally very resistant and healthy due to its genetics.

Is about one of the oldest breeds in Finland and European Russia. Specifically, it comes from the Komi, Udmurtia, Arkhangelsk, Yaroslayl, Karelia, Tver and northern Moscow regions. In 1947 the dogs born in Komi, Karelia and Arkhangelsk were unified to become Russian-European laika. Karelian bear dogs that have been breeding in Finland since 1936 formed their own standard.

This standard was established in 1945 and the following year the first dogs were registered. Traditionally they have been used as big game dogs (elk, deer, and even bears), as well as sled dogs, police gurdian dogs, or as rangers’ assistants.

As a curiosity, it is known that the first written records that allude to this breed date back to 1895. It was in the Album of northem sledge dogs-laïka From aa. Shirinsky-Shikhmatov.