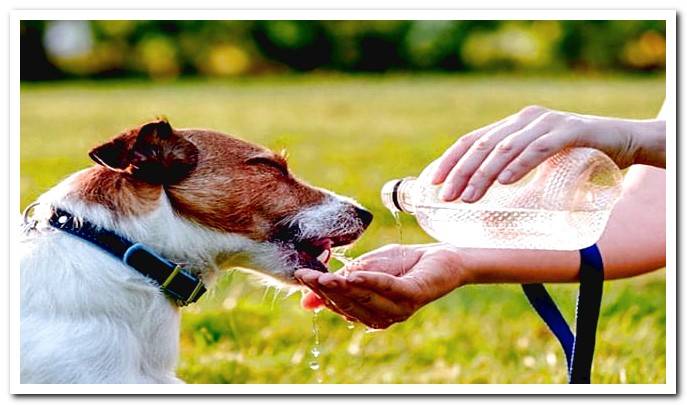 Giardias are intestinal protozoan parasites that can affect the dog’s gastrointestinal tract. The clinical picture they cause is called giardiasis. Giardias are not always included in regular internal deworming programs.

Most often, the dog contracts them by consuming water contaminated with these protozoa. An intermittent diarrhea that resists conventional treatment can make us suspect giardiasis. Let’s see what all its symptoms are to know how to identify it.

Giardias are protozoa belonging to the Giardia species. They can affect dogs but also other animals such as cows and sheep or, among domestic animals, cats and birds.

They have several flagella, which are whip-shaped appendages that facilitate movement. In addition, they have an adhesive disc in the ventral area through which bind to the intestinal epithelium. In this way they feed on the content that crosses the intestine.

How is giardiasis contracted?

Dogs will become infected if they drink water contaminated with giardias, such as that found in streams, ponds, streams, wells, etc. But it is also feasible that it contracts giardias in any other place contaminated with these parasites, specifically by ingesting their oocysts or cysts, which are very resistant.

Cysts can survive months in cold water and resist common products in water treatment, like chlorine. It is also important the transmission known as oral-fecal, which can be caused by poor hygiene when handling feces from parasitized animals or eating some food contaminated by these cysts. 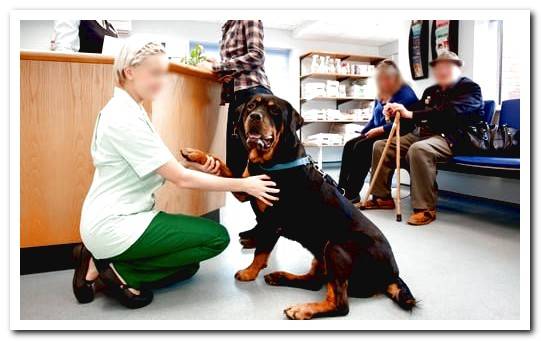 Once the vet diagnoses giardiasis, he will prescribe a specific drug to eliminate the giardias. The same is always prescribed, although there are several options available. Depending on the chosen one, the duration of the treatment will vary between 3-15 days. The environment must also be disinfected.

The choice of drug is especially interesting if the parasite happened to be a pregnant bitch. They alone can take safe medicine for fetuses Otherwise, these could suffer malformations.

In general, the dog recovers without any problem, although there are occasions where the clinical picture is complicated and dehydration occurs and malabsorption. These cases are usually carried out by puppies. All dogs, with or without symptoms, that are found to have giardia should be treated to avoid environmental contamination.

Is giardiasis a zoonosis?

Zoonoses are all those animal diseases that can be transmitted to humans. People can suffer from giardiasis, but it does not seem that dogs are an important source of infection for them, although they can contaminate the environment with their feces.

On the contrary, the contagion, as in the canine species, is usually due to contaminated waters. So it is essential that we do not drink if we are not sure that the water is drinkable. We also have to prevent our dogs from ingesting water from unknown puddles or streams.

Humans can also be infected orally-fecally, more common in nursery schools, by the more relaxed hygiene standards of children, or in nursing homes. The staff of these centers have a higher risk of contagion. As was the case with dogs, people can have giardias without knowing it, as they do not have any symptoms.

Can giardiasis be prevented?

To prevent our dog from contracting giardias, in addition to preventing it from drinking in potentially contaminated places, such as those close to livestock farms, it is highly recommended that we go, at least once a year, to a veterinary examination.

Since periodic internal dewormers do not usually remove giardias, the dog can have them even if we treat it promptly. That is why in the reviews, when putting the thermometer, the vet can take a stool sample to detect the giardiasis.

As it can be difficult to appear, any diarrhea is reason to go to the clinic. For our part, we should wash our hands after handling diapers or feces and always before preparing food. In addition, fruits and vegetables must be consumed well washed. Cooking manages to eliminate the giardias.