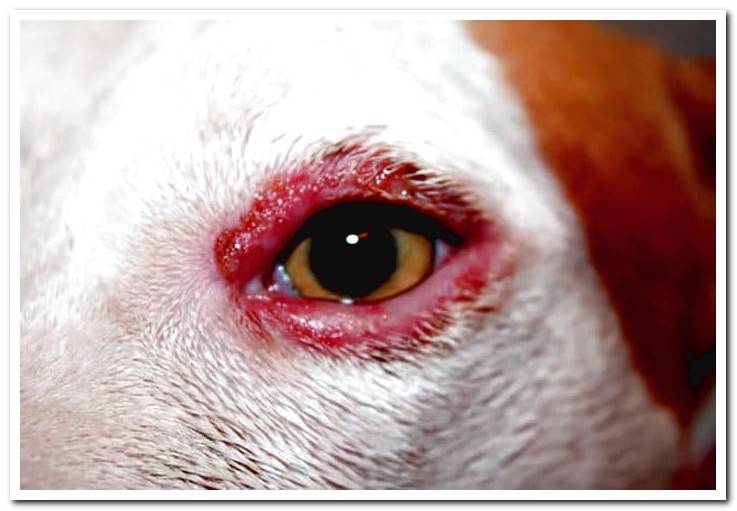 Waardenburg-Klein syndrome or, for short, WKS, is a disease of genetic origin that affects the pigmentation of the skin, hair and eyes. In addition, it is also a cause of deafness.

It is a rare and rare alteration. It owes its name to the Dutch ophthalmologist who described it in human medicine in the 1950s. Do you want to know all the details about this strange pathology? Let’s go there.

This syndrome It is characterized by a lack of pigment that can be seen on both the skin and the mantle. The affected areas will appear white. This is due to the absence of melanocytes, which are the cells of the epidermis that produce melanin pigment.

Further, is associated with other disorders such as deafness and iris heterochromia. In this alteration, the dog will present one eye of each color, although it is also possible in this syndrome that both eyes are blue.

Vitiligo is a skin disorder characterized by hypopigmentation due to the absence of melanocytes. The relationship of this disease with Waardenburg-Klein syndrome is that this syndrome is one of the possible causes of vitiligo, which may have other origins.

Which dogs have Waardenburg-Klein syndrome?

This disorder manifests itself in young dogs regardless of their sex, since cases are detected in both males and females. This syndrome has been diagnosed in a higher percentage in breeds such as the Bull terrier, the Collie or the Dalmatian. 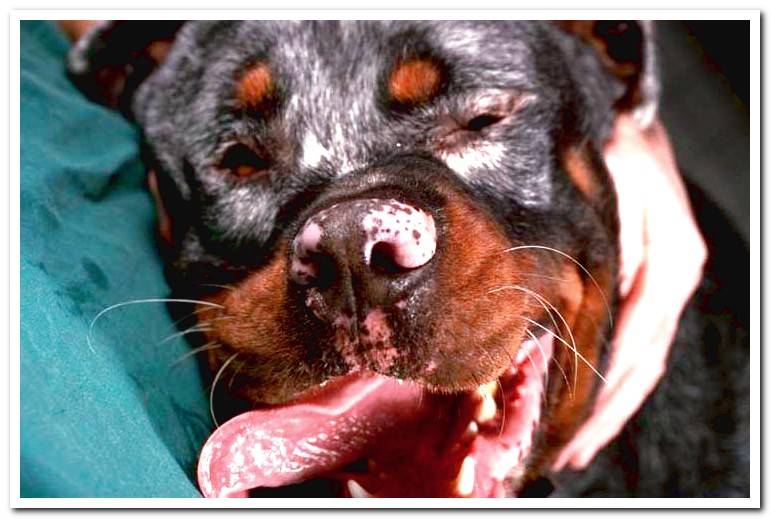 How is Waardenburg-Klein syndrome diagnosed?

The truth is that there are several diseases that are characterized by hypopigmentation. Some are genetic, while others can be acquired by the dog throughout its life. Many are more common than Waardenburg-Klein syndrome.

Deafness also has different origins and is usually diagnosed directly when the dog does not respond to auditory stimuli. In addition, there are hearing tests that can be done at any age to confirm the diagnosis.

The problem is that they are very specialized and are not performed in any clinic. In any case, it is possible to detect deafness without having to resort to them. The veterinaryn, therefore, must establish the differential diagnosis between multiple pathologies. We highlight the following:

Today There is no known therapy that can cure this disorder.. At the moment, it can only be recommended not to breed with the dogs that have been diagnosed with this syndrome so that the number of affected specimens does not increase.

Fortunately, however, the alterations it causes do not usually disturb the normal life of the dog too much. They are aesthetic, so they do not prevent you from doing your daily activities. It is important that we pay attention to living with a dog suffering from deafness. But, with a few guidelines, we will provide you with a happy and comfortable life.

By last, it may be advisable to use specific sunscreens for dogs in areas where they have run out of pigment and avoid direct exposure to the sun during the hours of greatest incidence.