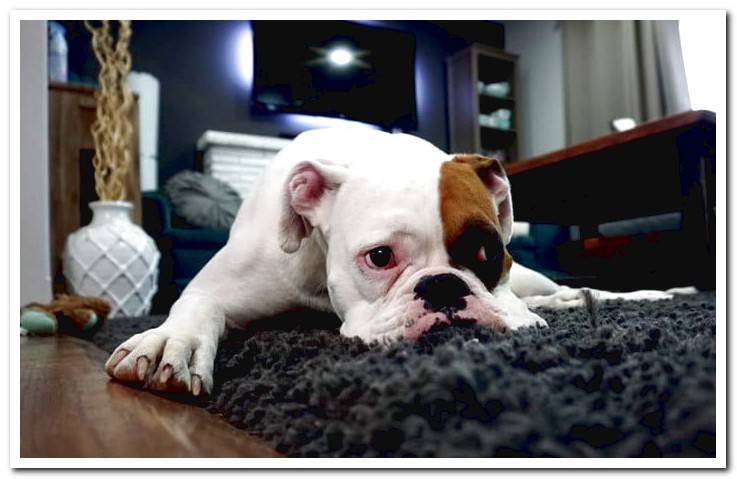 Syringomyelia is a rare neurological disease that can affect very popular and widespread dog breeds in homes, such as those with a brachycephalic head.

It is a pathology that is very painful, so we will learn to identify its symptoms to go to the vet as soon as possible. Syringomyelia usually needs surgery for its recovery, let’s see all the details.

The pathology known by the name of syringomyelia occurs due to any pathology that affects the spinal cord such as malformations, trauma, neoplasms or narrowings. These situations will cause alterations in the normal movement of the cerebrospinal fluid, which is the one that surrounds the brain and spinal cord.

This picture allows clusters of this fluid to be found in cavities along the spine, which can press on different nerves. It is an inherited disease. It can be classified between hydromyelia and syringomyelia, although in clinical practice it is difficult to differentiate them, so the term syringohydromelia is used. 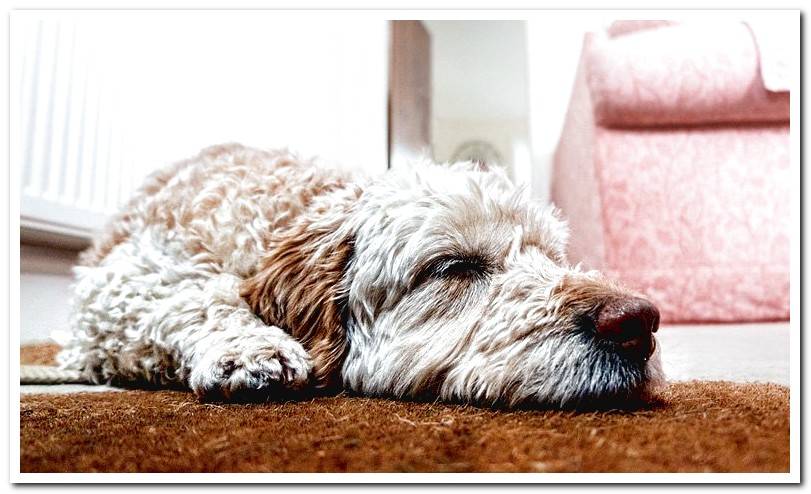 Symptoms of syringomyelia in dogs

Syringomyelia can produce very specific symptoms in our dog that we must know to identify the disease, if necessary. They appear due to the pressure of the liquid cavities and vary depending on their location.

The following stand out:

All symptoms can worsen at night, in environments with extreme temperatures, when adopting certain postures or when the animal becomes nervous.

If we appreciate any of these symptoms, we should consult the vet, as there are other pathologies with a similar presentation, so this professional will have to take care of the differential diagnosis. 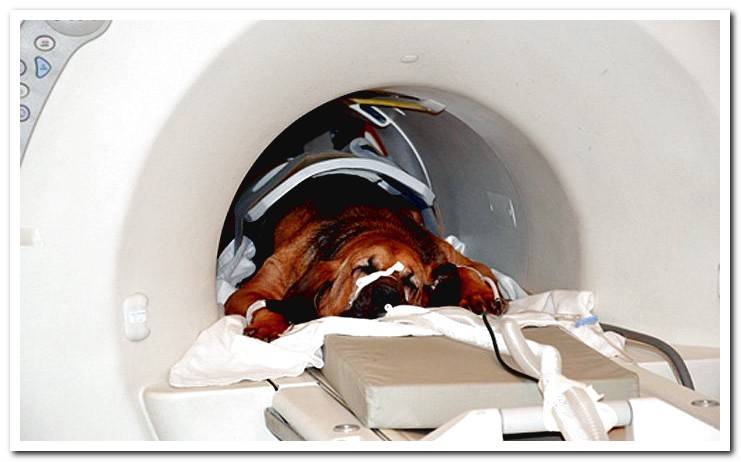 How is syringomyelia diagnosed in a dog?

Since syringomyelia is a rare disease, it is common for the vet to start with basic tests, such as an x-ray, to rule out various pathologies. In the end, the confirmation that a dog suffers from syringomyelia is reached using an MRI.

In this test it is possible to see the cerebrospinal fluid clusters where they are located, along the spinal cord, as well as detect neoplasms or hernias, fractures, etc. The main drawback of this test is that it is performed in specialized veterinary centers, so it is not always accessible to all caregivers.

At this point it must be added that, thanks to the fact that we now have increasingly better diagnostic techniques, it is possible to detect cases of syringomyelia that a few years ago they would have gone unnoticed. For this reason, it is possible that, in the future, the disease will be more frequent, not because its incidence increases but because it will be detected more.

What dog breeds are most likely to have syringomyelia?

Syringomyelia is a disease that can affect any dog, regardless of their age or sex, but those belonging to races are considered to have a higher risk brachycephalic. The Cavalier King Charles spaniel they also seem to have a predisposition.

In this breed, what are called Chiari-type malformations have been described, which affect the marrow, causing syringomyelia. They consider that there is a family or genetic basis for this disease. Symptoms appear acutely or chronically between 6 months and 3 years of age approximately.

Treatment will depend on the cause that has triggered syringomyelia. In some cases, drugs such as diuretics or anti-inflammatory drugs will be prescribed. In others, the recommendation to treat this pathology will be surgery, although we must know that it will not always be successful, as there may be improvement but not complete cure.

It also has the disadvantage of its cost and its specialization, since it is not an operation that any veterinaryn can perform. Specific training and experience is required. Like treatment, the prognosis depends on the cause and the severity of the clinical picture.

Recommended care for a dog with syringomyelia

In addition to following the treatment that the vet has prescribed for us and the recovery measures of the surgery, if we have operated, we can take into account some recommendations for daily care at home. Thus we will improve the quality of life of the dog.

Basically we will focus on avoid wide movements of the spine. For example, we can place the feeder and the drinker in a high place so that the dog does not have to bow his head to the ground.

Avoid games where sudden movements occur, such as catching the ball in the air, jumping, etc …