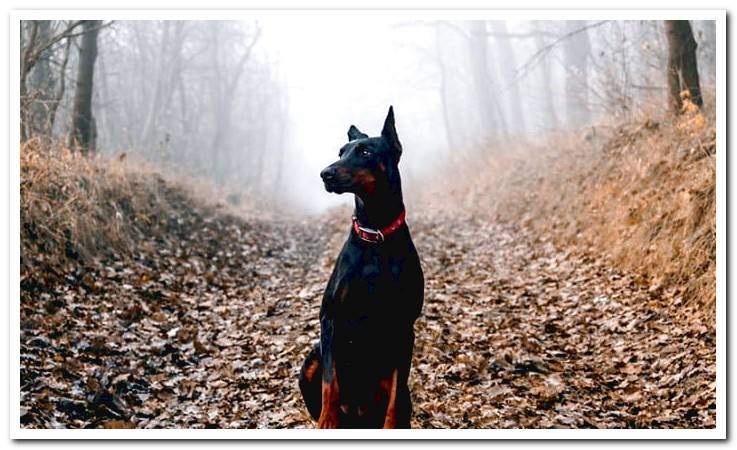 If there is a slender, imposing and beautiful dog par excellence, that is the Doberman. However, various theories and false myths have coexisted with this breed since its birth, both in relation to its history and its character.

The most widely accepted theory among Doberman clubs places the birth of this breed in 19th century Germany. But how did it come about? If you want to know more about the origin of the Doberman breed, you’re in luck. We explain everything!

The history of the Doberman goes back to the end of the 19th century, when the German tax collector, taxpayer, watchdog and dog groomer, Karl Friedrich Louis, decided to create a medium-sized protective dog to defend him in his tasks.

Karl Friedrich Louis was looking for an energetic, agile, alert, reckless and aggressive dog. So, to achieve his end, the German crossed many different dog breeds to achieve what we know today as Doberman, although with certain differences that have evolved over the years.

Although theories about the origin of the race have been diverse and controversial from the beginning since K.F.L. Dobermann did not keep any records of its breeding program, the majority coincide in the crossing of a great variety of races as triggers in their creation, including:

Since its recent origin, this breed had two fundamental roles. On the one hand, it controlled vermin, and, on the other hand, it defended and protected man as guard dog. For these two tasks, and for its bravery and strength, this breed was highly valued from its birth.

After the death of Karl Friedrich Louis in 1894, English dog breeders began to experience Doberman crossings along with other dog breeds, such as terriers and greyhounds, in order to get a dog with a large, elegant body and a more aggressive character.

These collaborators include Goswin Tishler, Gustav Krumbholz and Otto Göller. The latter made important transformations in the breed to refine its appearance and character, always starting from the base of a large dog and with a powerful temperament. 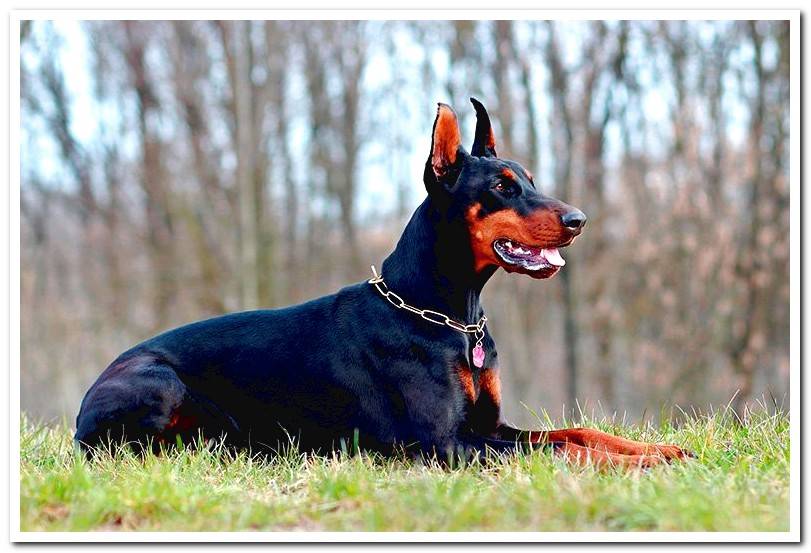 The evolution of the name “Doberman”

The breed was first known as Thuringer Pinscher, in honor of the German town of Thuringia where he was born, or also Polizeilicher Soldatenhund, which means police soldier dog.

Subsequently, the breed was known as Dobermann dog, honoring its creator, and later, in 1900, the breed received the name of Dobermann pinscher, where the term “pinscher” is translated as “terrier”.

In some countries, such as the United States, the breed is still known as the Dobermann Pinscher. In Spain and other countries, his designation has continued to evolve to this day, when he is commonly recognized simply as Doberman.

Who Was Karl Friedrich Louis Dobermann?

During his professional life, Louis Dobermann devoted himself to various trades: tax collector, night watchman, serene, kennel, butcher and manager of the protector of his town. Thanks to these jobs, his dog breeder skills were highly valued by the society of the time.

Finally, Mr. Dobermann passed away in 1894, just five years after the breed was officially recognized in Germany. After his death, the Dobermann Club of Germany was also born thanks to the collaborators of Mr. Dobermann.

The Doberman in Spain

Although the breed already lived in our country by 1913, it was not until 1960 that the breed gained prominence. At that time, various crosses improperly began to be made that did not promote the fame of the animal. Even so, in 1975 the Dobermann Club of Spain was founded.

Today, this dog stands out, in addition to being a pet, as a police, guardian and rescue assistance dog. In fact, given its characteristics, this breed was the official dog of the United States Marine Corps, and during World War II, it was also a messenger.

Despite its reputation as dangerous, since it was created with that intention, and its classification as a potentially aggressive breed in the country, the truth is that, if they receive adequate education and socialization from puppies, these dogs are faithful and affectionate.