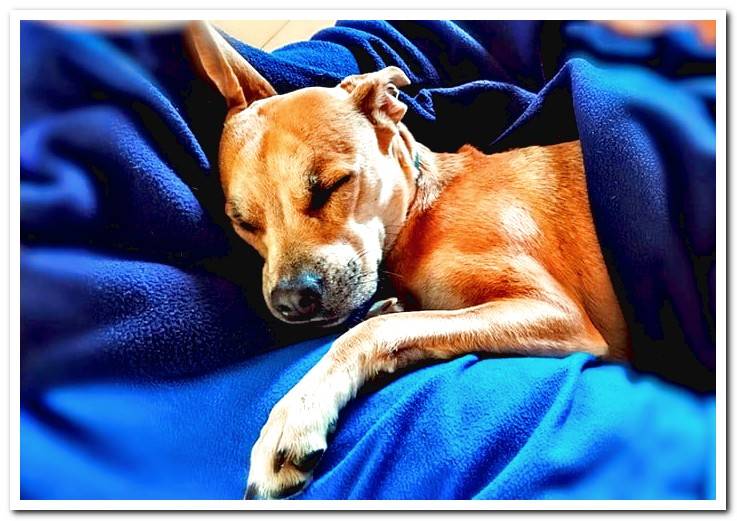 We all know that dogs are animals that spend a large part of the day sleeping, resting, or simply enjoying a state of relaxation on their beds. However, sleeping in excess can be a symptom of a pathology that requires veterinary attention.

Let’s see in detail when it is normal for a dog to sleep a lot and when we should consider that it is a health problem. What information can we deduce from the position that he takes when sleeping and if there are other associated symptoms to consider.

My dog ​​sleeps a long time, is that normal?

We must bear in mind that not all dogs sleep the same amount of hours, some breeds are more sleepy than others and, in addition, their situation and environment will also greatly influence the hours of sleep.

An adult dog sleeps about half the daylight hours, distributed in day and night hours. Just because you are lying in bed does not always mean you are asleep or dreaming, as many times you are simply resting or bored.

A young dog, a puppy, sleeps much longer than an adult dog. They generally wake up to eat and spend energy playing, until they fall asleep again.

Does the climate influence sleep hours?

Yes and no, the weather influences the hours in which the dog sleeps more hours, but it does not mean that the dog needs more hours to sleep. In winter dogs sleep more Because perhaps we leave the house less because of bad weather, but not because they need more hours on a physiological level.

In summer something similar happens, during the hottest hours, dogs prefer to stay indoors taking a good nap somewhere cool in the home. However, with good weather we are more likely to walk more so that in quantity and hours, it may sleep less than in winter. 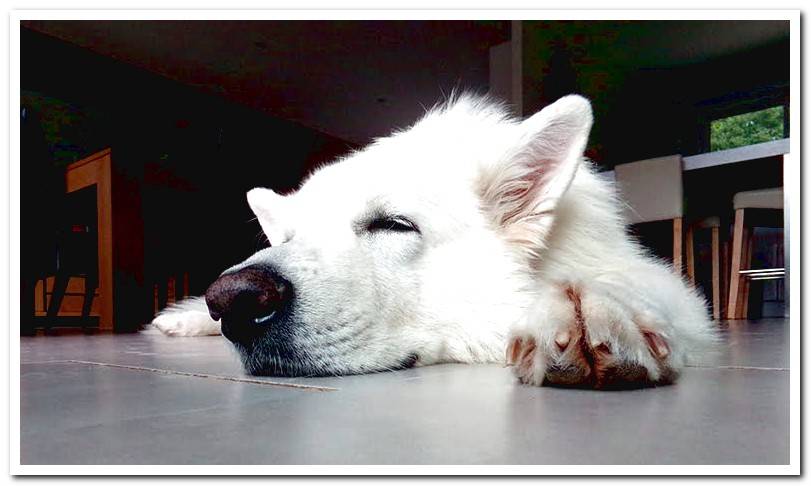 Every dog ​​is different

Although dogs are big sleepers, some are especially nervous and spend far fewer hours sleeping than others. A calm dog can sleep much more hours than a nervous dog due to mere genetics, such as the Andalusian winemaker for example.

Did you know the posture in which our dog tells us how is your state of mind?

The age of the dog and the environment that surrounds it, also have a direct influence. A young dog is more energetic than an older dog, so it will sleep less. A dog that is indoors all day (a quiet home) will also sleep longer than a sheepdog.

My dog ​​is old and sleeps a lot

Older dogs are the ones that spend the most hours sleeping, because their energy level is lower and they need to replace it more frequently. But if we appreciate that he sleeps too much, too it may be due to some kind of cognitive problem As the canine alzheimer.

If we appreciate that our dog begins to forget things or shows some other symptom that we consider strange, the best thing is to request a veterinary review to rule out any possible health problem.

My dog ​​sleeps a lot and has other symptoms

the presence of other unusual symptoms in our dog may suggest that it is going through some health complication. For example, lack of activity or desire to play, together with increased hours of sleep, can be symptoms of stress or depression.

These are some of the symptoms that should put us on alert:

If you appreciate any of these symptoms, don’t hesitate to make an appointment with your trusted vet for a review. Remember that dogs do not speak and many times it is possible that they are sick and we have not detected their signs of pain.