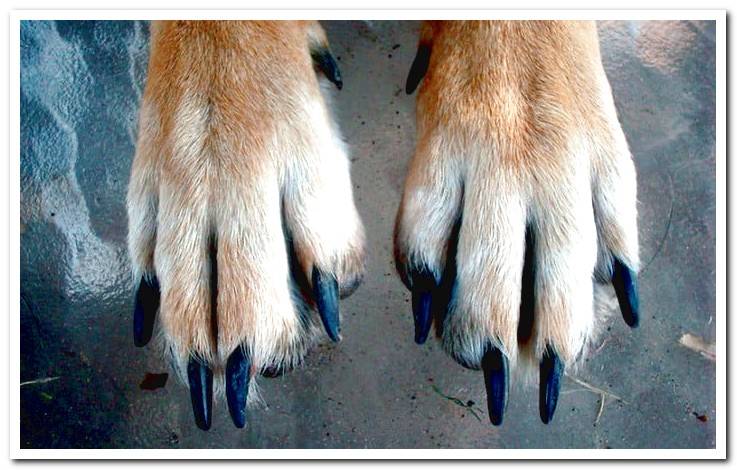 Although dogs’ nails do not usually require any special care, such as cutting them from time to time, in some circumstances they can be damaged and break.

Those of the spurs or those of the fifth finger are the most prone to accidents. Below we will explain what we should do in these cases and what are the proper care for our dog’s nails.

Dogs have a foot with four toes on the front paws, plus the fifth that is above the foot pad, already on the paw. In contrast, the rear legs have only four toes. All of them will have their corresponding nail. In addition, some dogs also have spurs, single or double.

The spurs are vestiges of a fifth finger that are located on the inside of each leg. The dog’s nails grow continuously, so it is not alarming that they break. In general, they wear out with the usual activity of the dog but, especially those of the spurs that do not contact the ground, may need a cut.

Dogs nails can be black, white or transparent. Except in the first case, at its base we will see a pink portion that corresponds to the vascularized area. Nerves and blood vessels are located in it. So if you cut or break your nail around here, bleeding will occur. 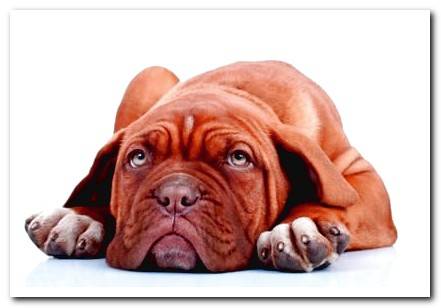 We pay special attention to the spurs because, by not contacting the ground, their nails do not wear out. As they grow continuously they tend to grow inward, curling up on themselves and digging into the meat. Also, since they protrude from the leg, it is easy for them to snag and injure themselves.

Dogs have spurs on their front legs, hind legs, or both. They can be simple, if they have one nail, or double, when they have two. To avoid overgrowth or breakage problems, it is important that we check them regularly and, if necessary, cut the nail.

My dog ​​has broken a nail and is not bleeding

The nails that are most likely to break, along with those of the spurs, are those of the fifth toe of the front legs, but any nail can have an accident. They are not very common but blows, snags or some fights would explain breaks in the nails.

If the injury occurs outside the vascularization zone, the nail will be more or less broken but will not bleed. In these cases it is not necessary for us to intervene, because the nail will grow again in a while.

But when the nail has been hanging or with an irregular edge that can scratch we have the option of trimming it with a special nail clipper for dogs and great care, especially if it is black, because we will not see the vascularization. If we do not dare we must go to the vet’s office. 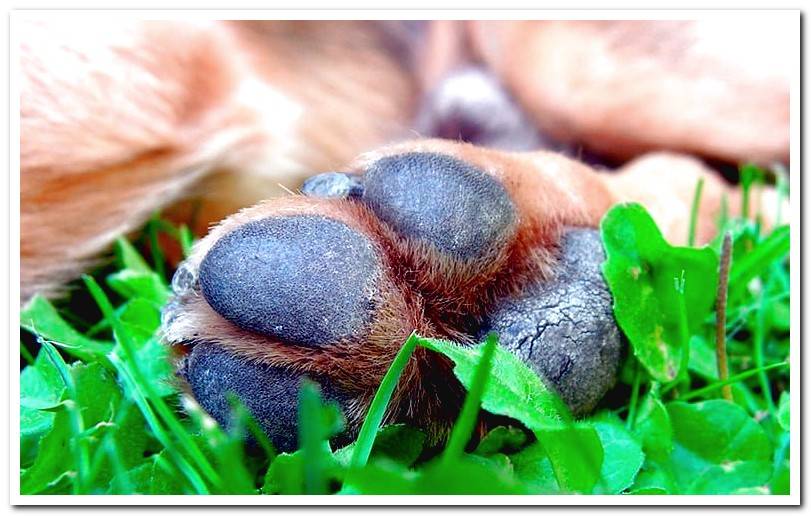 My dog ​​has broken a nail and is bleeding

If the dog breaks the nail through the area that is vascularized, bleeding will occur. In a short time it should subside thanks to coagulation, but sometimes this does not happen. It is not serious, the dog is not going to bleed to death, although it can be upset.

To stop the bleeding we can use a cloth, gauze or similar to put pressure directly on the nail. If after a few minutes the blood continues to flow, a hemostatic product must be used to stop the bleeding. If you do not have one at home, we will go to the vet.

If, in addition to bleeding, the nail has been left in poor condition, with a hanging fragment or a sharp edge, it can be trimmed to make it blunt and even. It is advisable to leave this task to the vet.

How to prevent breakage of the nails of dogs?

We have already said that we must monitor those nails that do not wear out enough or those that belong to fingers or spurs with a higher risk of breakage. In these cases it is recommended that we cut them as soon as we see that their length is excessive.

For the cut we must take into account the following points: