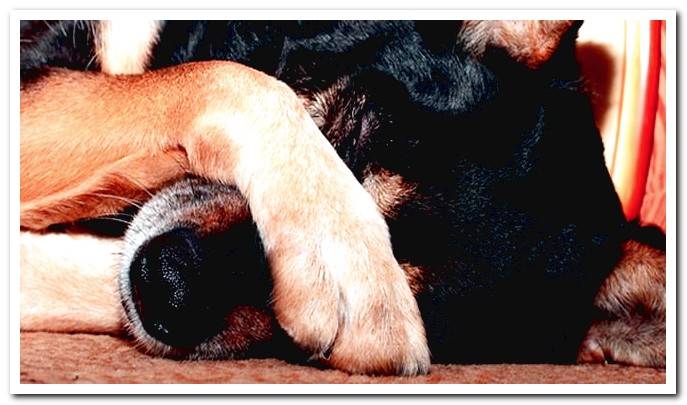 Excess gas in dogs is also called flatulence. The accumulation of gas in the digestive system and its subsequent elimination should not worry us if it occurs occasionally.

Now, if the dog has large amounts of gases continuously, it is a reason for veterinary consultation. Intake of air or fermentable food is a common cause of gas production, but it is also associated with serious health problems.

Why do gases appear in dogs?

There are several causes behind the appearance of this problem. The most common cause is ingestion of large amounts of air. This occurs when the dog gulps down food, rather than swallowing slowly. Another cause of gases linked to gases is the consumption of fermentable food.. A malabsorption syndrome can also cause gas.

In this case, excess gas is related to incomplete digestion of carbohydrates. It is a consequence of a disorder in the pancreas or the small intestine. Colitis, which is inflammation of the colon, also causes considerable gas elimination, straining to defecate, or small bowel movements with blood and mucus.

Intestinal parasites like giardias are another cause of flatulence in dogs. It is accompanied by watery and smelly diarrhea, bloating, pain, etc. You need veterinary treatment. But, in addition, gases are present in serious problems, such as acute abdomen or gastric flow obstruction.

Foods that generate gases in dogs

First of all, any food is susceptible to gassing in dogs if it is eaten eagerly. But it is true that some, by fermenting more, will increase flatulence. The following stand out: 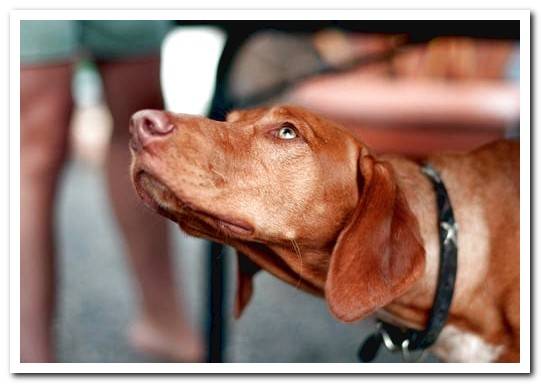 What does it mean for a dog to have gas?

A small elimination of gases is not a concern and is related to the digestion process. But abundant flatulence is a sign of trouble. If it is due to eating too fast or arises after consuming high fermentation foods, we can solve it at home.

But the vet is the only professional who can diagnose and treat problems like malabsorption. In addition, we must go to a clinic if we see other symptoms such as the following:

What is the treatment to eliminate gases?

The treatment of flatulence will depend on the cause that caused it. In general, a change in your diet is recommended. The goal is a diet that is very easy to digest and low in fiber. It is important that, once the new menu is selected, we do not offer the dog any other food.

There are some veterinary prescription diets specially formulated for gastrointestinal disorders which can be used in these cases. In addition, it is recommended to offer several small servings throughout the day. In this way, by giving him more to eat, we also prevent him from swallowing the entire ration at once.

Before very intense episodes of flatulence, the vet can prescribe us medication that acts on the gas bubbles of the intestine and facilitates their elimination. It is administered once or twice a day after meals, according to professional criteria. When gas is involved in other conditions, treatment must be tailored to each of them. 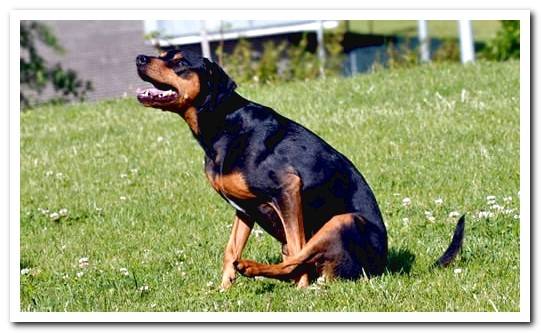 Meteorism is called the abdominal distension that causes excess gases accumulated in the gastrointestinal system. This situation can lead to what is known as an acute abdomen, which it is a veterinary emergency and requires the immediate transfer of the dog to a clinic, as the acute abdomen becomes fatal.

The dog will feel intense pain, be restless and retch. He is not able to rest anywhere and it is difficult for him to breathe. If left unattended, the animal goes into shock. Therefore, if our dog has gas, we must pay close attention to it, as the situation may worsen.

If the gastric flow is totally or partially obstructed, the dog will present symptoms such as gas, anorexia, weight loss or belching. When the obstruction is partial, intermittent vomiting occurs that usually contains undigested food and sometimes blood.

In the complete one, the dog will vomit as soon as it eats. Also, the vomit comes out in a projectile. It is a problem that will require surgery to remove the obstruction that may be due to foreign bodies, tumors, or some types of gastritis.

How to avoid gases in dogs?

Although if it is a disease or digestive problem a specific veterinary treatment is going to be required, at general levels it is usually a food problem, so we can put these tips into practice: