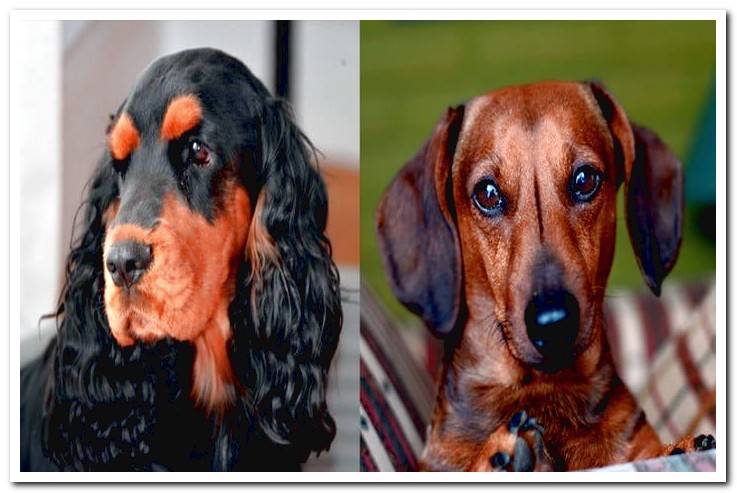 The Longhaired Cocker and Dachshund are two small-sized dog breeds. Furry, with elongated bodies and fine muzzles, these two dogs have several physical similarities that make it difficult to differentiate them. Are you able to do it with the naked eye?

The differences between Cocker and Teckel include body size, leg shape, and personality. Do you want to know more about these races? Do not miss the information that Dogsis has prepared for you, go ahead!

There are two types of Cocker: American and English; of them, the American Cocker Spaniel is the variety that bears the most similarities to the Teckel breed. It is a sport hunting dog characterized by its balanced personality and its speed. In general, males measure between 36.83 and 38.10 centimeters at the withers, while females measure between 34.29 and 35.56 centimeters.

The head of the Cocker spaniel It is rounded and the shape of the muzzle is slightly elongated. The color of the truffle can be black, liver or brown; in general, these shades are combined with the eyelids according to the coloration of the coat. The shape of the bite is scissor. For its part, the eyes of the breed are round, its intelligent gaze on the dark iris attracts attention. The ears, in addition, are thin and long, they fall to the sides of the head.

The breed’s coat is short on the head and medium on the rest of the body. In addition, The Cocker Spaniel features fringes on the ears, chest and abdomen. In general, all hair is silky and shiny. Regarding color, there are several combinations accepted by the international canine federations: pure black, cream, brown and red, black or brown with fiery gears, black and white, red and black, among other varieties.

The American Cocker Spaniel is a balanced and intelligent dog. The breed stands out for its sweet personality and the fidelity that it shows to its masters; In addition, it gets along well with children and pets.

The Dachshund’s head is elongated and a little flat. The color of the truffle changes according to the shade of the coat, while the bite is scissor-shaped. The eyes, meanwhile, are medium, almond shaped and lively; the color of the iris must be dark. On the other hand, the ears are thin, long and fall to the muzzle. 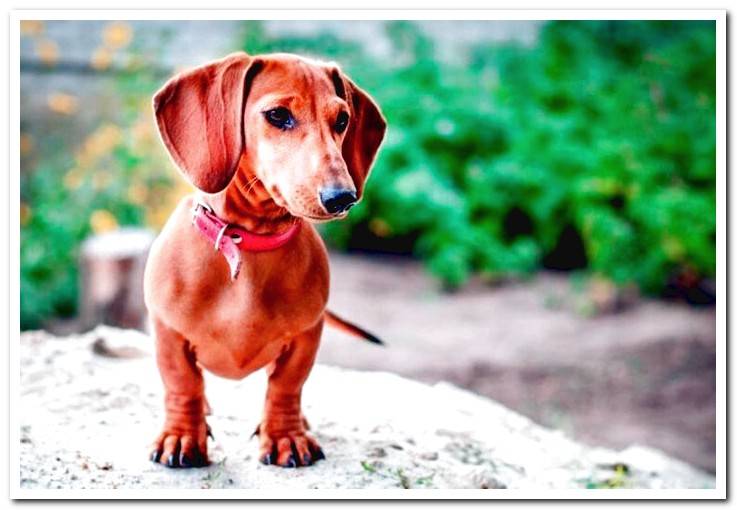 Only the long-haired Dachshund resembles the Cocker Spaniel, the main reason for this is the shiny double coat it features. In addition, fringes on the ears, chest and legs are also common in this breed. The colors of the coat are varied: pure red, red with black areas, chestnut or black, Merle (dark base with spots) and tabby.

This breed is charming and intelligent. It gets along very well with people, children and pets, although it can be a bit barking and temperamental. Like other small dogs, caution is recommended when allowing him to play with children and older dogs, as he could easily get hurt; the same precaution is necessary in front of stairs and high places.

Differences between Cocker and Teckel

The differences between Cocker and Teckel are several, although at first glance these dogs look very similar thanks to the similarities of the coat. Did you guess any way to tell them apart? Pay attention to the details mentioned in this list: