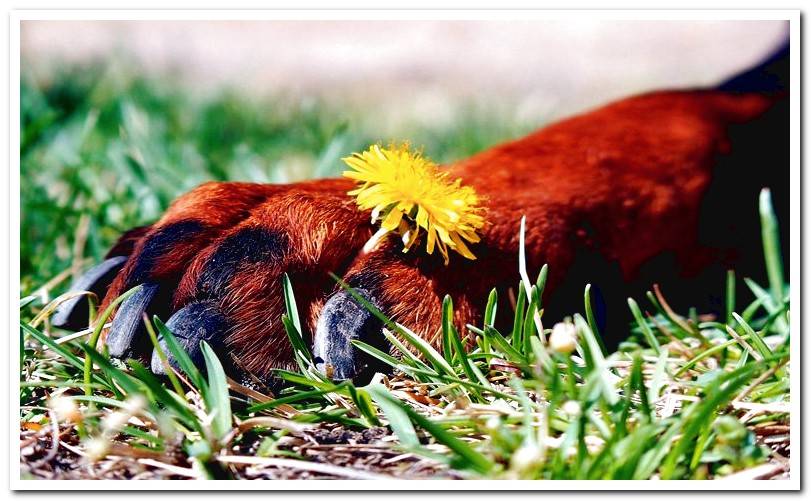 There are some very common diseases in dogs of the Doberman breed, a breed of pinscher type originating in Germany. It appeared during the 19th century from the hand of Friederich Louis Dobermann, its first breeder.

The Doberman is a medium, strong and very brave dog. Knowing the diseases you could suffer will help you take care of it and detect symptoms early. Let’s see what they are.

There are two main diseases that affect the locomotor system of this breed:

Wobbler syndrome is among the common Doberman diseases, as this breed has a genetic predisposition to suffer it. It affects the spine at the cervical level and is a chronic and degenerative disorder, which means that it has no cure and worsens over time.

This disease is also called the wobble syndrome, as it is characterized by:

In addition to genetic predisposition, your dog can suffer it if it receives a strong blow in the cervical region. Whether due to trauma or genetics, it requires an immediate medical review. Occasionally, the dog will need to be operated on, but only the vet can determine.

Hip dysplasia is one of the disorders that affects medium and large canine breeds, such as the German Shepherd and Doberman. It consists of a inflammation of the hip joint from the hip bone to the femur.

This disease appears from 6 months of age, it can worsen if your dog performs high impact exercises and consumes a diet that makes him overweight.

It is possible to improve your dog’s quality of life by moderating exercise and offering him a healthy diet. Remember to go to your vet for more recommendations. 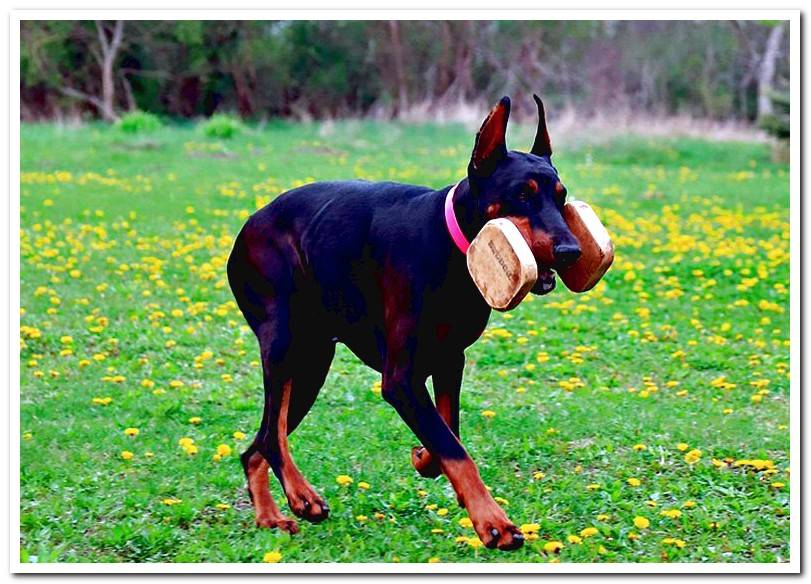 There are two health problems that directly affect the Doberman breed:

It is a chronic disease caused by the absence of the von Willebrand factor. This is a glycoprotein that is responsible for transporting coagulation factor VII in the blood, so its lack affects wound coagulation.

A dog with this disease You will have heavy bleeding from the smallest wounds and the injury will take longer to heal.. There is danger if the dog is seriously injured; likewise, complications can arise in the event that it requires surgical intervention for any other reason.

The von willebrand disease in Doberman it manifests itself from an early age and has no cure.

Dilated cardiomyopathy is another common disease in Doberman dogs. It consists of a contraction of muscle fibers, which increases the size of the heart, causing it to be unable to pump oxygen to all the organs of the body.

This disease is very dangerous, since its symptoms do not manifest until the problem is advanced. In case of not going to the vet, it will cause the death of the dog in a short time.

Although less frequently, there are some skin diseases that can affect your Doberman. These are the most common:

It is a condition that affects the scalp and is usually a symptom of another health problem, such as the presence of external parasites and fungi, as well as skin cancer, endocrine or metabolic disorders and poor diet.

There are two types of seborrhea:

To combat seborrhea, it is necessary that you first discover the cause that causes it. For this, go to your vet.

Vitiligo is not a common condition in dogs, but it can affect your Doberman. It consists of a loss of pigmentation of the coat and skin, especially on the face. It manifests as the dog grows, because at birth the colors are normal.

This condition does not require treatment, as it does not affect your dog’s quality of life.

Among the skin problems of the Doberman is acral dermatitis, a infection caused by the presence of mites and fungi, allergies or boredom in a stressed dog. It is unleashed when a skin wound occurs and your dog begins to lick it non-stop. Eventually, the dog may bite down and make the injury worse.

It is necessary for a veterinaryn to determine if the cause is bacterial, or if it is d
ue to a behavioral disorder. 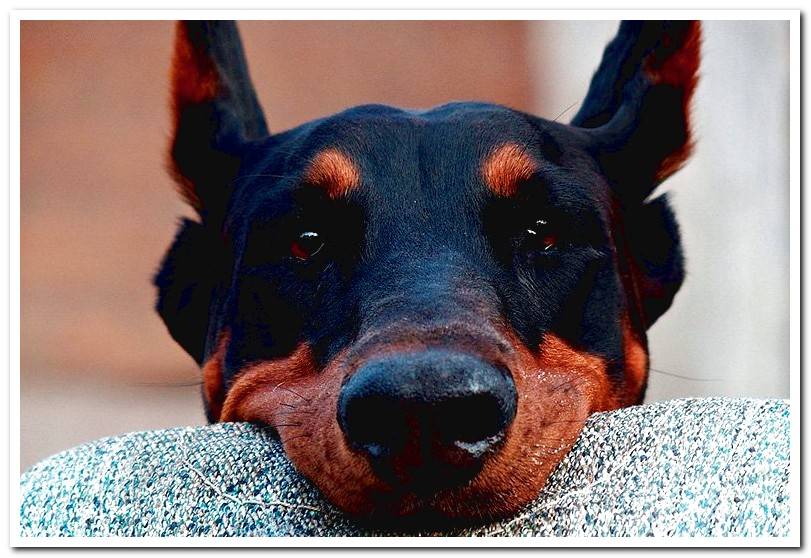 Other common diseases in Doberman dogs

In addition to those mentioned, there are other ailments that affect the breed regularly:

The American Kennel Club (AKC) points to gastric torsion, also called bloating, as one of the leading causes of death in Doberman dogs. It is a condition of the stomach, for which there is still no consensus on your cause.

Torsion implies that the stomach and surrounding arteries dilate, causing a blockage of the bloodstream connecting to the esophagus. For this reason, the oxygenation of the organs stops, putting the life of the dog at risk.

As a Doberman owner, you need to familiarize yourself with the symptoms to act quickly in case your dog suffers from this, as it is fatal if no treatment is offered.

It is a syndrome caused by thyroid atrophy, a gland that controls how the body regulates and manages energy. It is a degenerative problem and occurs when the dog’s own immune system attacks the thyroid.

Hypothyroidism is usually a consequence of other diseases. Your symptoms are:

The diagnosis of this disease requires a hormonal examination. Treatment consists of administering a synthetic version of the hormones produced by the thyroid, and the appropriate dose must be determined by a veterinaryn.