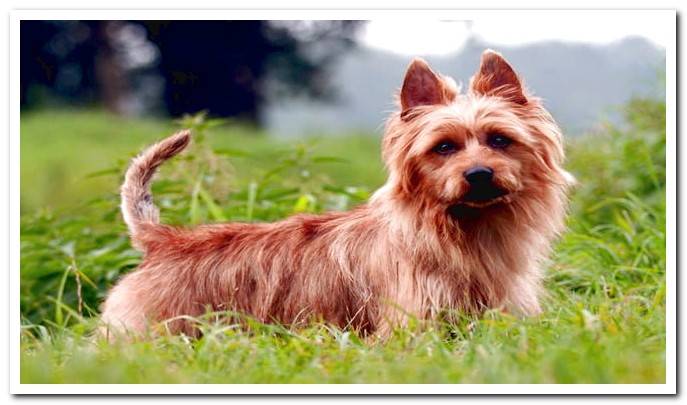 It is known as the Australian Terrier or simply Aussie, although more specifically it is native to the island of Tasmania, in the south of the country. Small and robust, unruly and fun, this dog was raised in its beginnings as a pickpocket dog, with the task of hunting small prey and guarding the houses.

Today, however, he is a magnificent house dog, a loyal companion with a physical aspect that is very reminiscent of that of the Yorkshire terrier. It is also a very intelligent dog that usually stands out in dog competitions.

The Australian Terrier is a dog happy and fun, a dear companion for any person or family who is willing to share their active and vital lifestyle. It is also one of the best races for those who have children at home.

The Australian Terrier’s temperament is similar to that of other terriers, although less independent and much more affectionate. In fact, he gives himself completely to his family, so to be happy you need to participate in family life at all times.

It should also be noted that the Australian Terrier always barks at the arrival of visitors, whether they are known or not, a trait that makes him an excellent watchdog. Its barking, sharp and shrill, can be somewhat annoying.

Related content  Types of hair in dogs and necessary care

The Aussie is one of the smallest terriers in existence, much more so than even some toy breeds. Its height at the withers is about 25 cm and its weight is around 5 kg. His small body is robust and muscular, longer than tall and with short limbs.

The size of its head is slightly large compared to that of its body. The ears are small, although they are always upright and moving. The eyes, very dark and quite separated from each other, are endowed with a very lively expression.

In general, the appearance of the Australian Terrier conveys a lot of vitality and enthusiasm.

Also as with most terriers, the Aussie it features a double layer coat. The inner layer is short and smooth, while the outer layer is hard and rough. The hair is usually longer in the neck, head, tail and legs.

For the coat color there are only two combinations: blue and cinnamon (the most common) and sand and red. The hair in the bun that tops off the top of her head always has a lighter shade than the rest of the body. 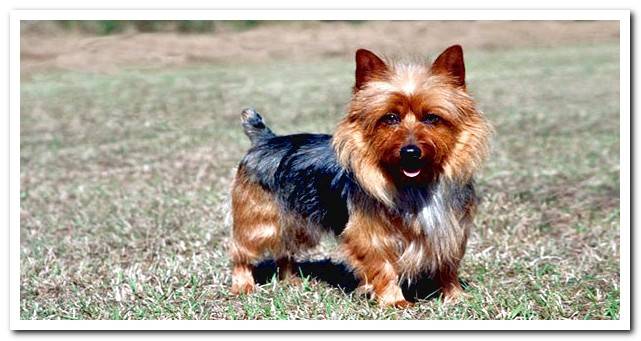 How to educate an Australian Terrier?

This breed stands out for its intelligence and great learning ability, being successful competitors in obedience contests. However, properly educating an Australian Terrier is not an easy task, as he is often stubborn and rebellious.

It is often said that this dog she will obey someone he knows and respect, therefore the first thing we should do is to clearly establish our dominant position and, if possible, start training when he is still a puppy.

The training must be entertaining and stimulating, otherwise the Australian Terrier will get bored and lose interest.

This is an aspect in which anyone who has a terrier at home, no matter what breed it is, will have to invest some time and effort.

We should not make the mistake of pampering and pampering our Australian Terrier, who is so funny and charming, as this could make him a whimsical, tyrannical and unruly dog.

On the other hand, accustoming him as a puppy to live with many people, also with other dogs, is the best way to avoid behavior problems or aggressiveness when he reaches adulthood.

The Australian Terrier is without a doubt the healthiest member of the terrier family, and although it suffers from certain inherited genetic disorders, it is in any case minor problems and with a very low incidence.

Probably the most common condition that Aussie suffers from is Allergic dermatitis, an inflammation of the skin caused by some type of skin allergy, usually transmitted by the presence of fleas. Also, the Australian Terrier’s fur is very sensitive to insect bites.

The life expectancy of this breed is between 11 and 12 years.

The little Australian Terrier adapts easily to life inside a small house, although he will be happier if he has a garden in which to dig, chase the insects within his reach and, unfortunately, destroy the plants.

Always vigorous and restless, the Aussie need a lot of exercise At least a couple of walks a day.

Caring for your hair does not require great effort: a gentle brushing every two days (better daily during the molting season) and a bath from time to time, since it is a breed naturally clean. During brushing, check that the dog is free of fleas, to which most specimens of this breed are allergic.