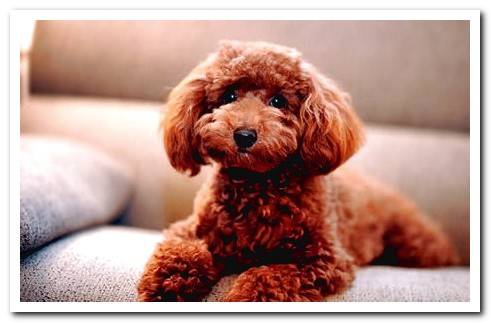 For those who do not have a dog this is absurd, but for those who have a dog it is important because we always care about the health of our dog and obviously, we are surprised if we see feces with mucus.

A dog’s feces are generally not very mucous, their appearance should be lubricated but not excessively, not with anything like white or green mucus. If our dog defecates like this, it is because something happens.

Why does my dog ​​poop with mucus?

We must make it clear that it is totally normal for a dog’s poop to have some mucus, since the intestine itself lubricates the colon to favor intestinal transit.

However, an excess of lubricant in the stool can give the sensation of mucus, somewhat gelatinous and whitish or greenish appearance. It’s like a layer of mucus lining your stool, being explicit.

This cleared up, the main reasons a dog poops with mucus are:

The imbalance of intestinal bacteria cause mucus

We all have bacteria in our intestines that are responsible for digesting food or transforming it into digestible matter. exist beneficial bacteria for the digestive system and harmful bacteria.

And despite what we may think, there must be a natural balance between them. When an imbalance occurs Either due to excessive growth of harmful bacteria or beneficial bacteria, excess mucus is produced.

There are many factors that can affect the erroneously called intestinal flora, since it is actually called the intestinal microbiota. From an illness to a fermented food, without forgetting factors such as stress itself.

Mucus in the stool from food

If a food feels bad for our dog, it will generate a reaction in his intestine that can lead to the implement of mucus in the stool. Due precisely to a decompensation of the intestinal microbiota.

A food intolerance or allergyLike any product that may have poisoned our dog, they can cause fecal mucus and diarrhea. In addition to possible skin rashes.

Food is a key factor So it can just be something that our dog has eaten and it has felt bad, or something much more serious like an undiagnosed intolerance. 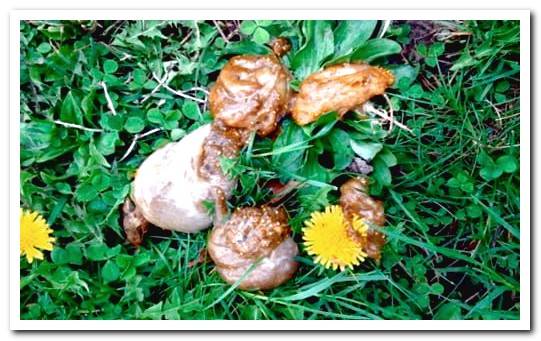 We never tire of recommending deworming our internally as many times as our vet recommends. Some dogs live in high risk places and they need deworming more often than others.

Yes, intestinal parasites, also known as intestinal worms, can cause mucus in poo, among many other things. If we appreciate yellow poop and mucus, or dark poop but also with mucus and little white dots, like little grains of rice in the stool … they are parasites.

But beware, not all parasites are visible in the stool. It may be that our dog has parasites and we cannot detect them, except with a veterinary review. Polyps can also cause mucus and Blood in the stool.

We already know what dogs are like, they eat their feed the same as a little stick, a piece of plastic or even a ball. If we get confused … either because of hunger or because of playing, they are capable of swallow anything.

Some foreign bodies can be sharp or sharp and cause intestinal irritation, which in turn will produce mucus in the stool, sometimes accompanied by blood and / or diarrhea.

What do I do if my dog ​​poops mucus?

If you appreciate mucus in your dog’s feces, it is important that you take it to a vet, since mucus in the feces is sometimes produced by simple things but many others, by serious health problems.

Without knowing the origin of excess mucus, it is impossible to establish an adequate treatment. That is why we must go to a veterinary clinic and let a canine health specialist advise us.

If our dog shows bloody feces, diarrhea, fever or any other symptom that catches our attention, in addition to mucus, then we must prioritize the visit To veterinary.